Blaakyum: New Album Out This Week!

Blaakyum: New Album Out This Week!

Lebanon’s leading heavy metal band Blaakyum will release their much anticipated new album Line Of Fear as a CD (with one bonus track) and digitally on June 25, 2016. The cover artwork was made by by Stan-W Decker (Masterplan, Vanden Plas, Resurrection Kings, Stryper).

The bonus track on the CD edition, Riot Against Riot, is a narration on Lebanon’s recent anti-corruption protests that the band members were part of and that were met with violent crackdowns by the police.

The album theme emerged from the band’s experiences with social and political oppression in Lebanon, from being jailed just for being into heavy metal to being ruled by a corrupt and violent government. All songs are about freedom of thought and artistic expression.

The band’s sound is a unique blend of thrash, heavy and groove metal infused with Middle Eastern and Levantine folk music vibes. The band are the pioneers of “Middle Eastern Thrash” and they not only make thrash metal sound oriental but also make Middle Eastern musical elements sound thrashy. The song Freedom Denied samples Middle Eastern folklore music and uses oriental percussions (tabla) as another thrash metal instrument. This unique hrashy tabla sound is also in the title track The Line Of Fear as well as on the genre-defying Baal-Adon. 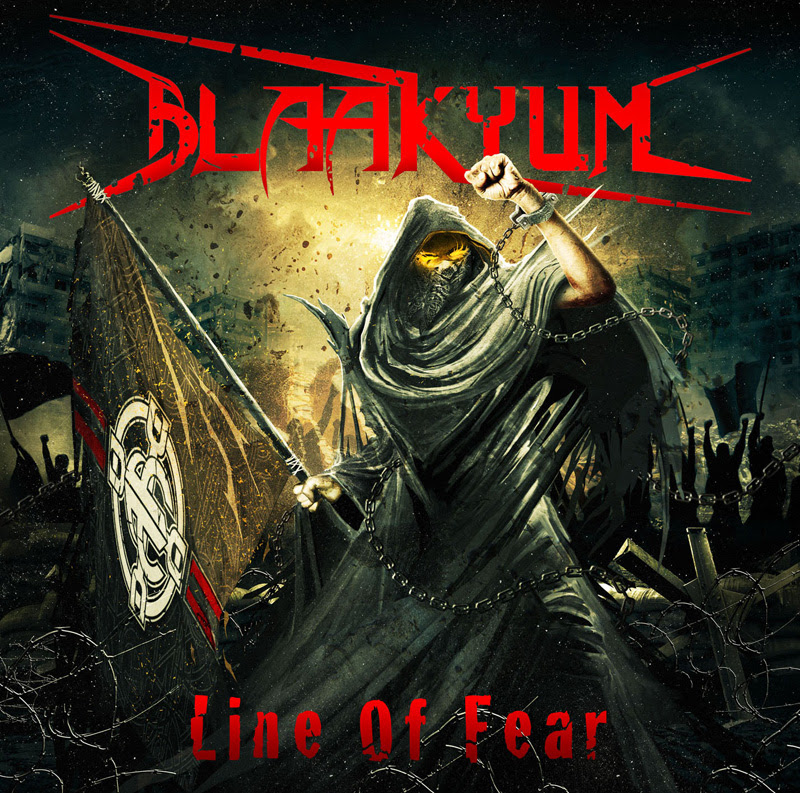