German powerhouse Equilibrium have been around long enough now to have found what American Idol judge (and former member of Journey – Ed) Randy Jackson would term ‘their wheelhouse’, and consequently they don’t feel the need for any great adventurous strides to be taken on this new album, Armageddon.

And of course, if it ain’t broke, why fix it? The band’s refreshing take on the folk metal template is such that it’s not just hey-nonny Celtic whimsy that gets their kilts in a tremble; Folk music from around the globe gets a look in here, meaning that just as you get up to full-windmill a little bit of Andean mystery is thrown into the mix to throw you off the scent (have a listen to the Bolivian polka that is Rise Again for proof of this) , but it’s left-turns like this that keep the album interesting throughout, and keep the listener engaged and always, always smiling.

It’s that kind of album; they may engage in a bit of face melting every now and then, they may like a bit of Bodomesque bottom end occasionally (Prey could easily have found its way here from the box marked ‘Follow the Reaper Offcuts’), but the default setting of Equilibrium is one that’s designed to please. Melody is always paramount, and the twin peaks of this album – the beguiling Koyaaniskatsi and the more straight forward, though no less pulcritudinous Heimat – are absolutely dripping with the stuff… Koyaaniskatsi especially so, in a manner that most grim-faced metal bands would be scared to embrace. It’s glorious stuff. Even at their goofiest, as on Born to be Epic (which is SO goofy even Freedom Call might turn their noses up at it) there’s a steeliness running through the fun – and, of course, a chiming melody – to remind you that these blokes are top class operators.

Of course, the fact that everything here is in German apart from Rise Again might deter English speakers from getting involved, and that would be a shame. I don’t speak the lingo myself, and the earnest spoken word intro to opener Sehnsucht was undoubtedly undermined by the fact that the only word I understood was ‘sphincter’; But seriously there is so much good music on offer here it would be an absolute travesty if you chose to ignore Armageddon simply because you don’t understand the words. In my world metal is the universal language, and Equilibrium speak it very well. 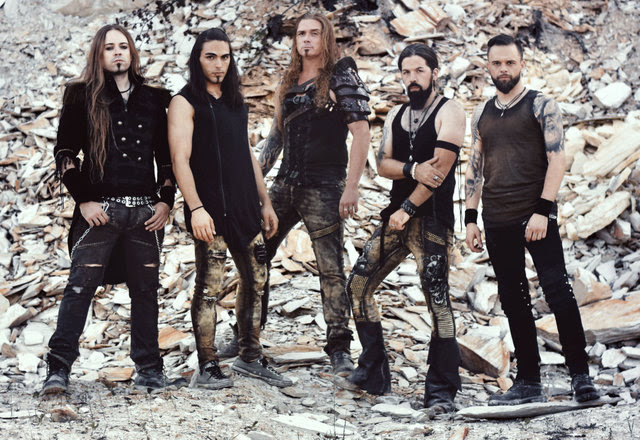