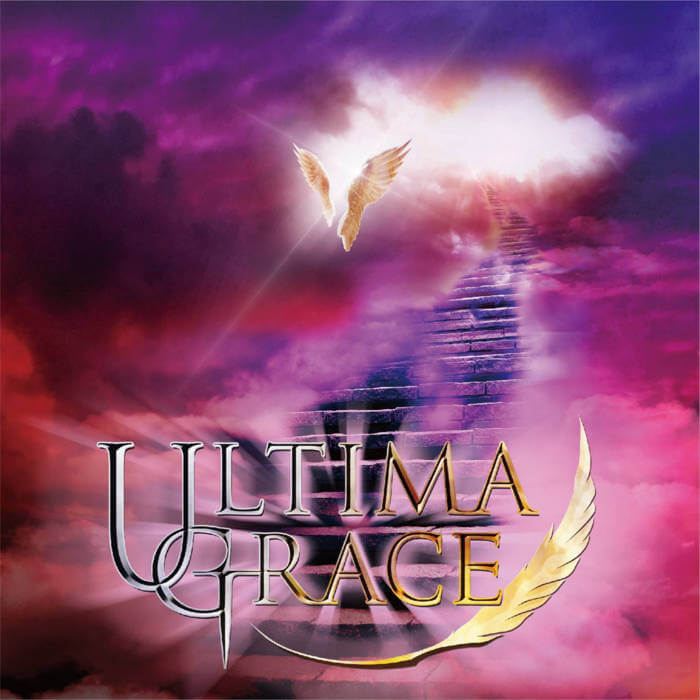 We start this month if not from left field then certainly from somewhere a little unusual. Ultima Grace are a new name from Japan, featuring four veteran musicians from that country’s metal scene; however they’ve augmented their power/prog sound with former Nightwish vocalist Anette Olzon!

The central plank of this new agglomeration’s sound is the magnificent interplay between guitarist Toshihiro Kajihara and keyboarder Yuhki, both formerly of Alhambra, who combine together on tracks like Powers of North and East with death-defying skill and precision, backed up a rhythm section in bassist Atsushi Hasegawa and drummer Hideki Harasawa that also possess all the chops to deliver complex, musically satisfying tracks like Beguile By Night with jazzy panache and a carefree, languid skill that is an absolute delight to listen to.

Cry For The Rain sounds like a metalised version of the theme tune of a long-lost seventies sitcom, and it does deserve note that the scale and breadth of material displayed here is enormous and really rather exciting. This is simultaneously one of the most unusual yet utterly listenable releases we’ve come across here at the Crusade in a long, long time, and I’ve got no hesitation in making it our release of the month! 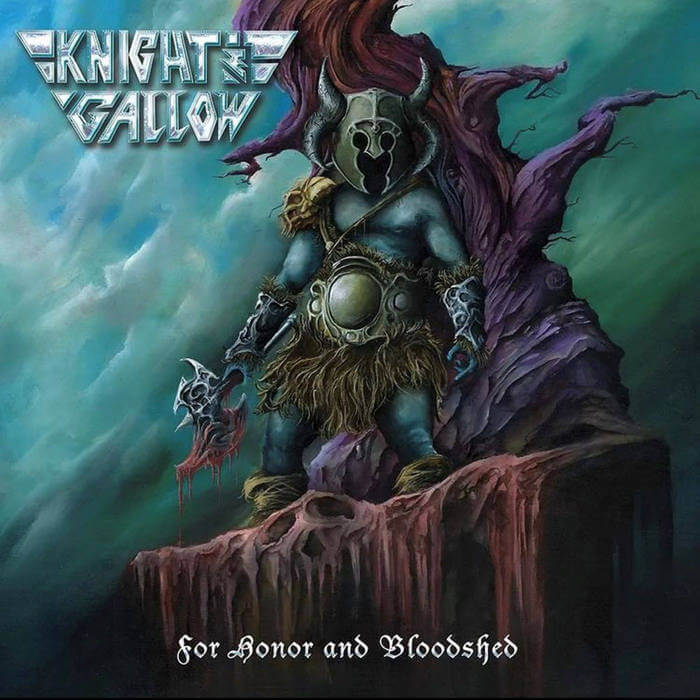 A more ‘normal’ sound for the Crusade now in the shape of Sacramento’s Knight & Gallow, who are just about as traditional as it gets…

Epic, sword and sorcery-inspired metal is the name of the game here, with the band’s new album For Honor And Bloodshed absolutely rammed to the gills with duelling axes and tortured-to-the-edge-of-oblivion vocals courtesy of Nick Chambers, who also adds additional guitars as required to the already formidable team of Ryan Younger and Carlos Sanchez.

The band take the usual strands of the NWoBHM and American mid-eighties-styled power metal as their twin bedrocks, but perhaps the most appealing thing about this band is that, whilst they do reproduce those oh-so-familiar-tropes in almost all their songs, they never actually sound hackneyed or, perhaps more importantly, like anyone else.

Hence tracks like Soul of Cinder have a freshness about them that is immensely appealing, and is sure to find favour with both junior headbangers and those a little longer in the tooth – an enviable position to find oneself in. The band also possess strong songwriting smarts, packing plenty into their songs (especially lead guitar work), but keeping the arrangements taut and on point at all times. Indeed, they achieve more in tracks such as Lord of The Sword, which weighs in at a tick under four and a half minutes, than many bands of their ilk and vintage could muster in twice that time. This is top drawer stuff, and well worthy of your patronage! 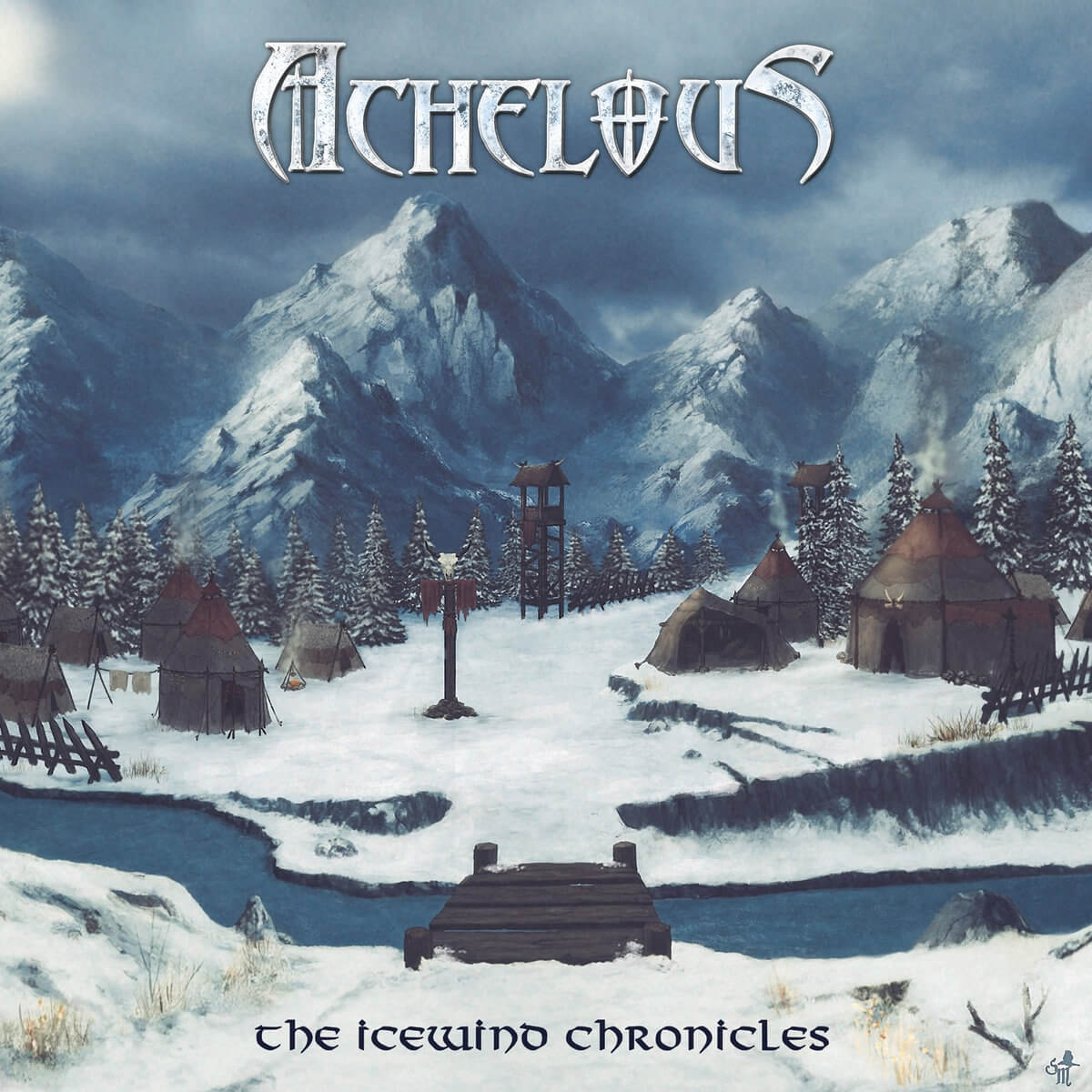 Next we head to Greece, and the pomp-laden true metal of Achelous!

Opening track Northern Winds mixes Manowar and Grand Magus in exciting fashion, and that Manowar feel extends into second track Flames of War, which isn’t a million miles away from the sort of excellent sounds currently being forged by fellow Greeks Stray Gods. Like Knight & Gallow, Achelous have a modern sound that is totally steeped in the heritage of the old Gods, and none the worse for that!

Guitarists Vicky Demertzi and George Mavrommatis work well together – both possess superb tone – but never run riot, preferring instead to let their combined playing serve the eight songs on offer; it’s a classy, tasteful partnership, with a restraint that may seem at odds with the blood-and-hellfire metal the band produce on superb, resonant epics like Mithril Hall. But the approach works very well indeed.

Mithril Hall, with it’s female vocal augmentation courtesy of Christina Petrogianni, actually beaks the album up nicely, although there’s not much chance of the listener getting bored or finding the rest of the material here samey when the band are in full flight. Excellent stuff! 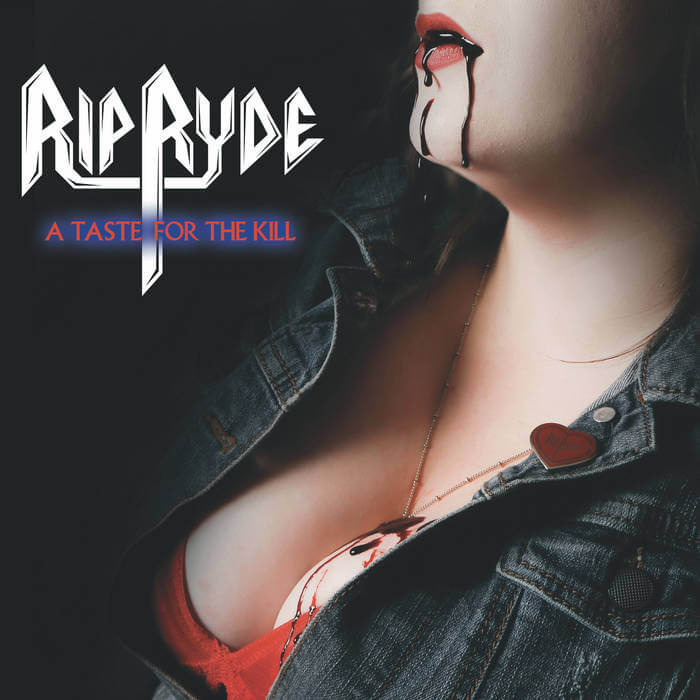 Finally we head back to America – Cleveland, Ohio, to be more specific – and the rip-roaring (or should that be rip-ryding?) party metal of Rip Ryde!

Older readers (and maybe some younger ones too!) will get a welcome blast of names like Riot (without the V) or The Rods on first hearing of the blistering Stop, Rip and Roll, but, whilst the sound of RR is mired in nostalgia once again this isn’t really an exercise in spotting the band’s influences – you’ll be too busy banging your head and playing air guitar for any of that.

Of course, the band manage to inject a big slab of midwestern punk n’roll energy into their metal assault, with Matt Sorg and Wayne Stephens’ twin axe attack having a nicely rounded hard rock edge; Similarly Brad Skinner’s vocals are some way removed from the traditional metal scream. My colleague Michael Stronge, who has been raving to me about this band for some time, say’s that Skinner’s vocals are the key to the band’s sound that give it that everyman punk/US hard rock edge, and you can certainly hear that on tracks like My Oh My.

More metal-minded readers may struggle with this, but in all honesty the no-holds-barred attitude displayed by the band – not to mention some pretty slick songwriting – makes Rip Ryde a pretty exciting proposition in this writer’s book – a change is as good as a rest, especially when it sounds as good as the radio-friendly eighties metal of Legends for the End!