Welcome, fellow Defenders of the Faith, to this month’s Crusade of Power! It’s a mixed bag this month, and as ever I’m hoping you’ll find something that hits your own particular sweet spot, musically! On with the show! 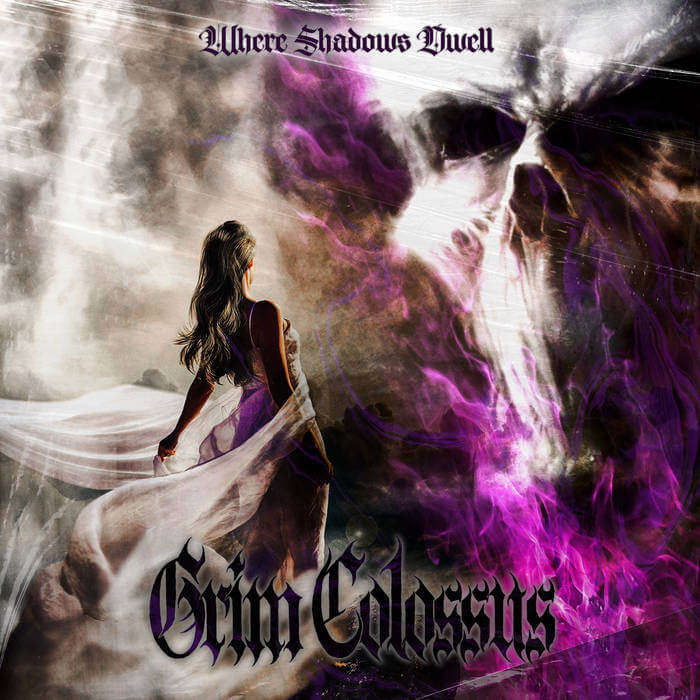 I haven’t been able to find out a great deal about Swedish doomsters Grim Colossus – they appear to be heavy metal men of mystery! That said, their three track EP that is currently doing the rounds is well worth a listen.

Where Shadows Dwell is forged from the same sort of steel that gave life to The Bells of Acheron, if you get my drift, and the beautiful, bell-clear (no pun intended) production on second track Betrayed, with it’s perfect separation of sound, will certainly give Candlemass fans a nostalgic thrill when they hear it.

The three tracks featured offer a beautifully put-together take on the doom blueprint; the band don’t seek to break any new ground but rather uphold the genre’s traditional core values of crushing yet melodic riffage, tear-jerking vocalisation and avalanche-heavy percussive fusillades. Final track Where Shadows Dwell shows the band in their best (stygian) light, but there’s plenty to enjoy here throughout. Essential listening for the committed doomist! 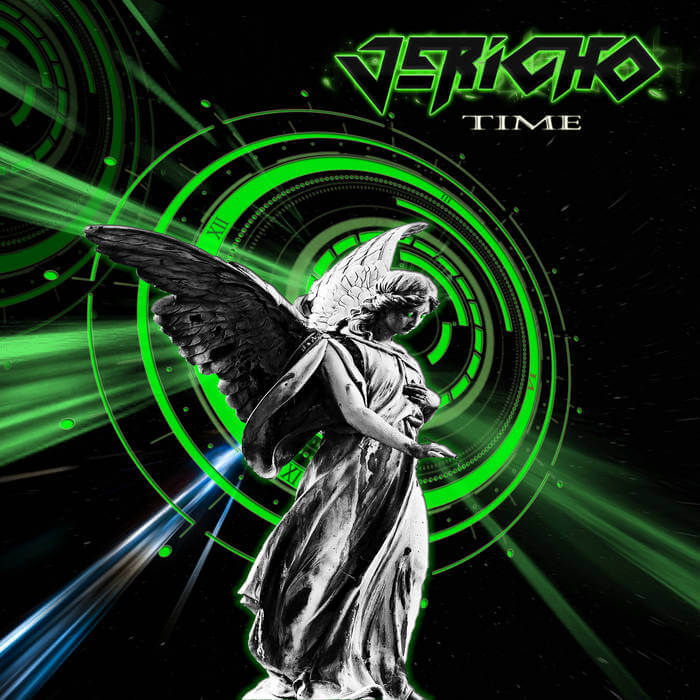 Jericho’s music comes from that magical point in the late eighties where it was possible to put out albums that meshed traditional hard rock with heavy and speed metal! Their new album, Time, is an uplifting mix of names like Helloween and Riot, and if the songs don’t quite match those two names – yet – in terms of ambition and execution, then there’s absolutely no doubting the commitment to the heavy metal cause displayed by all concerned.

Essentially a one man band – most of the heavy lifting here is done by Canadian Lucho Jibaja, with the drums being played by Peruvian percussionist William Araujo and a variety of lead guitarists adding their talents come solo time, the production actually does a great job of making this feel like a ‘real’ band effort.

The speed metal of Days of Glory is probably the standout track, but there’s a lot of variety on offer here and so different styles will doubtless ensnare different ears. The melodic End of Time, for instance, has enough melodic punch to appeal to fans of Jeff Scott Soto‘s Takara; The rest of the material here fills the space between these two poles effortlessly, and the bonus of this diversity is, of course, that if you love anything with a tuneful hook and some fast guitar then you’re in for a whale of a time listening to Time. Highly recommended! 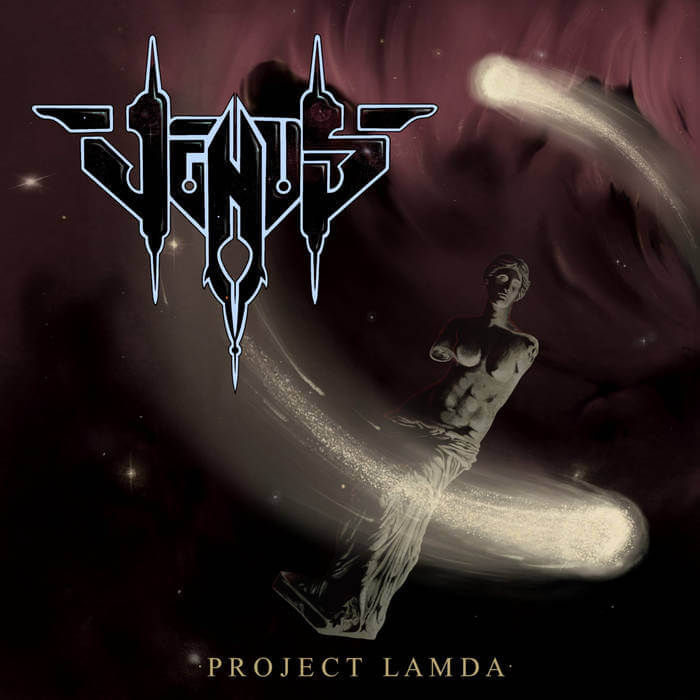 Greek duo Venus offer a sophisticated take on power metal, adding some deathly touches and the slightly off-kilter riffage that’s always been an appealing part of the Megadeth sound. The pair – Giorgos Verginis (guitars and harsh vocals) and Antonis Avtzis (guitars and, you guessed it, clean vocals) – do a grand job of collecting their various influences and condensing them into a solid wall of heavy metal thunder that isn’t afraid to stretch the envelope of the term a little.

It’s a dense sound they’ve created, and there’s a hell of a lot going on on anthemic tracks like Multilingual Monstrosities; This sort of kitchen sink approach to instrumentation can sometimes achieve nothing more than giving the listener a headache, but here it’s done with enough skill to simply envelop the listener in it’s wash of sound. Listen on headphones and you’ll be able to take it all in, and, when they drop the pace a little, as they do on eerie closer Project Lamda, the impact offered by the reduction in sonic mayhem is doubled, adding to the atmosphere of the track and really helping it to hit home.

Sadly there are only four tracks featured on Project Lamda, but these guys definitely do enough across that quartet to have the listener wanting to hear what they come up with in the future. Great Stuff! 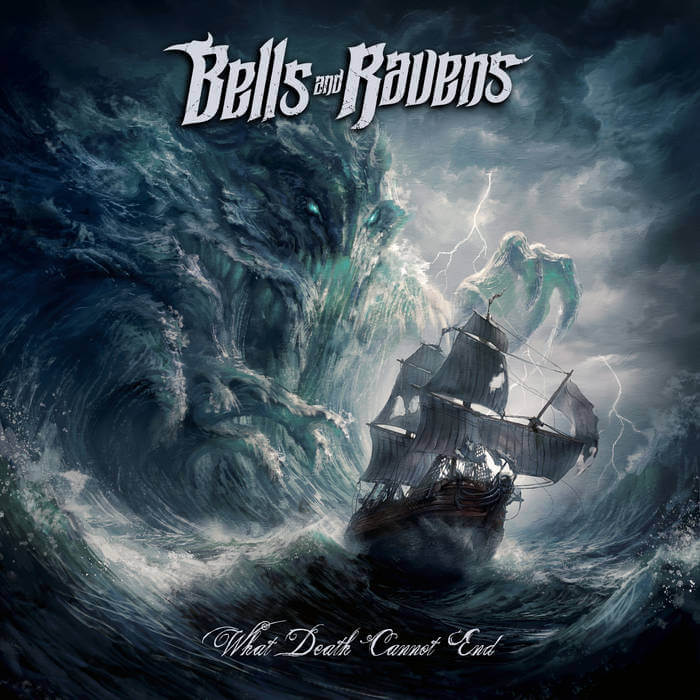 The brainchild of ex-Contracrash mastermind Matt Carviero, Bells and Ravens are back with a new album choc full of neo-classical, symphonic metal mayhem that is sure to have fans of names like Savatage salivating in approbration!

Talking of Savatage, the mighty Zachary Stevens features front and centre on a couple of tracks here; his performance on the stirringly Wagnerian Scourge of The Seven Seas is utterly peerless, a goosebump-inducing return to the days of The Wake of Magellan and worth the price of admission alone. Elsewhere Ripper Owens adds his vocal talents to proceedings, but you can have as many celebrity guest vocalists as you want – if the songs are no good it just doesn’t matter. And luckily the songs here are right out of the top draw, taking their cues from the lassical canon but then taking heavy metal flight on absolutely classic stuff like Martyrs & Illusionists (Victory)Pt.1, which features an utterly compelling vocal from Selin Schoenbeck and breathtaking lead playing by Carviero himself.

What makes this such a special album is the sheer strength and diversity of Carviero’s songwriting, which flits from the classics to heavy, grunge-inflected anthems like Zone of Pain and back again in the blink of an eye. Even if you’re not following the story of the album, this captivating approach to songcraft means that you’ll never lose interest in what’s going on. Congrats must also go to all of the musicians involved – actually too many to list here – who add their talents unstintingly in service of whatever track they happen to be involved with.

As noted, Savatage are the key touchstone here, but if you enjoy the likes of Avantasia or Edguy, or the Trans Siberian Orchestra, then this album is going to be resident on your playback device of choice for quite some time, let me tell you. Release of the month and then some!

OK, that’s enough excitement for this month – see you all again next month I hope for some fresh Crusading!