I realise that, if the internet rumours are true, and an all-new Iron Maiden album surfaces in the middle of this month that you probably won’t have the time, money or inclination to get involved in many other bands this month, but what the heck… here are this month’s bands, and this month’s Crusade! 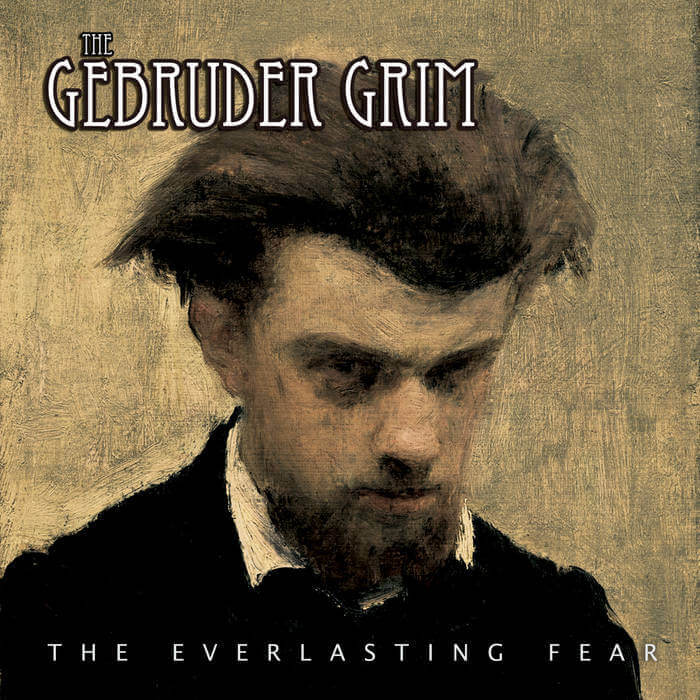 And talking of Eddie‘s ‘eroes, as we were, how about a slice of pure Maiden-worship from Berlin? The Gebruder Grim, who claim simply to be ‘just a few blokes from Berlin deeply in love with the heavy metal of their formative years’, have come up with one of the best Maidenesque tracks of the year to date with The Necromancer from their just-released The Everlasting Fear album.

Sounding for all the world like something ‘Arry and the boys might have recorded in 1982 or 1983, it’s a perfect distillation of the classic Maiden sound, and I implore you to give it a spin at your earliest convenience. These guys aren’t just a Maiden tribute band, however; the rest of the album, whilst having a definite retro vibe, sees the band spreading their wings and covering quite a few of the classic metal bases. Musically Free God has all the swing of prime Thin Lizzy, mixed with a more modern heaviness that makes for a winning combination. Vocalist Wolfman X possesses a pleasantly different voice, too, which comes to the fore nicely on the Blue Öyster Cult-styled title track and his guitar work alongside six string partner Sebi Saam is one of the other highlights of this intriguing album. 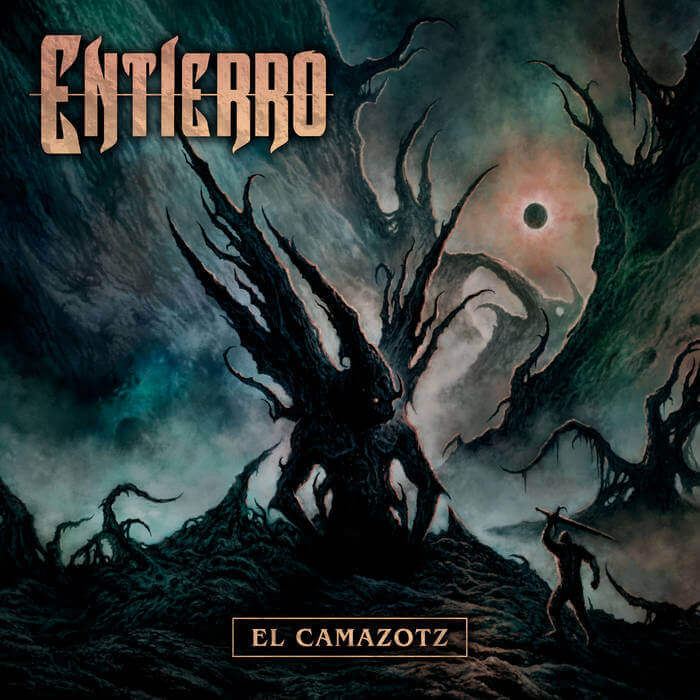 Another band with one eye on the treasure trove of inspiration that is British heavy metal of the late seventies/early eighties is Entierro, who hail from New Haven Connecticut; these guys have unleashed something rather special in the form of new EP El Camatzoz, with Chris Begnal and Victor Arduini proving themselves to be a formidable team on tracks like propulsive opener The Penance and it’s epic successor track The Tower. Not only that, Entierro go the whole hog and give us their reading of Judas Priest‘s Call For The Priest from the 1977 classic Sin After Sin album.

It’s a pretty cool version, too, with bass-playing vocalist Christopher Taylor Beaudette wisely opting not to try and take on Rob Halford note for note but adding his own twist to the well-told tale. Overall Entierro offer a superior, sophisticated take on the US power metal template and hit the bullseye time and again with this five track delight. Release of the month! 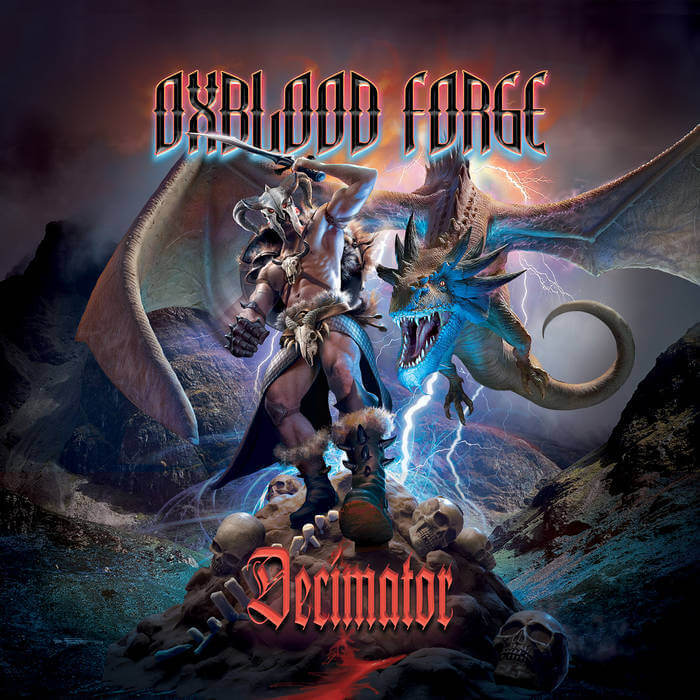 Did somebody mention vintage British metal cover versions? Well, here’s another one, this time from Bostonians Oxblood Forge, who garnish their new album Decimator with a nice reading of Sorcerers, which our more mature readers will recognise as originating on Angel Witch‘s storied 1980 debut. Again, the band offer all the atmosphere and style of the original whilst bolstering the sonics with a beefy modern production and classy playing, with Robb Lioy‘s raw-sounding lead work being particularly impressive here.

Elsewhere the band opt for a rawer mixture of spacey doom and straight-up (very) heavy metal; opener Into The Abyss, augmented by spooky keys from drummer Erik Fraunfelter, offers a facemelting vocal from wild-eyed singer Ken Mackay, with the resultant din sounding like some sort of unholy union between 3 Inches of Blood and Cirith Ungol which is every bit as exciting as that comparison sounds.

Closing track Ironbound is an epic in every sense, calling the band’s followers to arms in suitably over-the-top style; One listen to this album leaves the listener in no doubt just to where Oxblood Forge’s musical allegiances lie, and I for one would be happy to fight to the death under their banner! 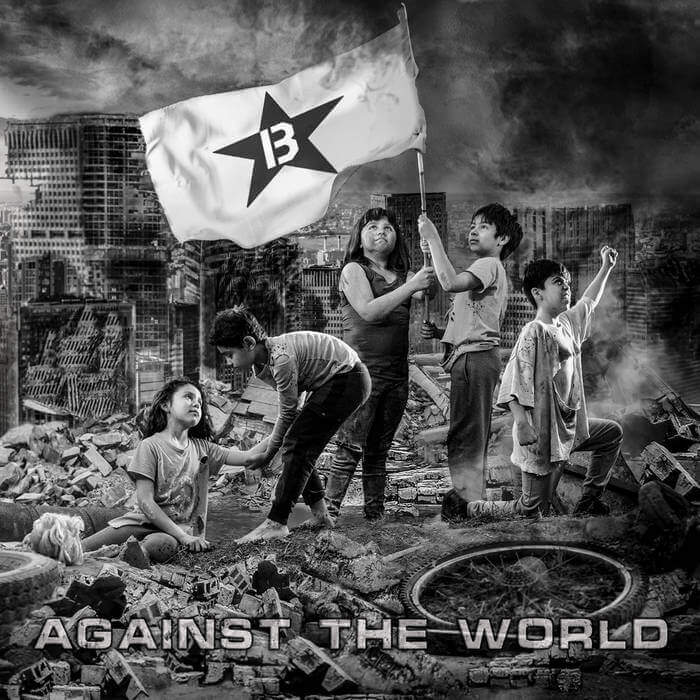 To Chile now, and Santiago-based metalheads Bolido. Amusingly, these guys have a track on new album Against The World called Turbo; sadly it’s not another Judas Priest cover. However it is a scorching hot piece of eighties-inspired heavy metal thunder that fans of bands like Riot (in their late eighties guise) will absolutely lap up.

It’s not heads down all the time, however. Heartbreaker offers a bluesy hair metal spin to proceedings, with vocalist Johnny Triviño proving himself the equal of both styles of metal vocalisation. He’s got a nice gritty tone to his voice, full of crunchy mid-range blood and guts, but on the Accept-like title track he lets out a few high-pitched screams too, in the process proving his versatility.

As ever with this style of music there’s not a great deal of originality on display, but the sincerity with which the material is delivered means you can’t really fault Bolido in any credible way. Better just to break out the cardboard guitars and immerse yourself in top gun anthems like MIG Alley – you know it makes sense! 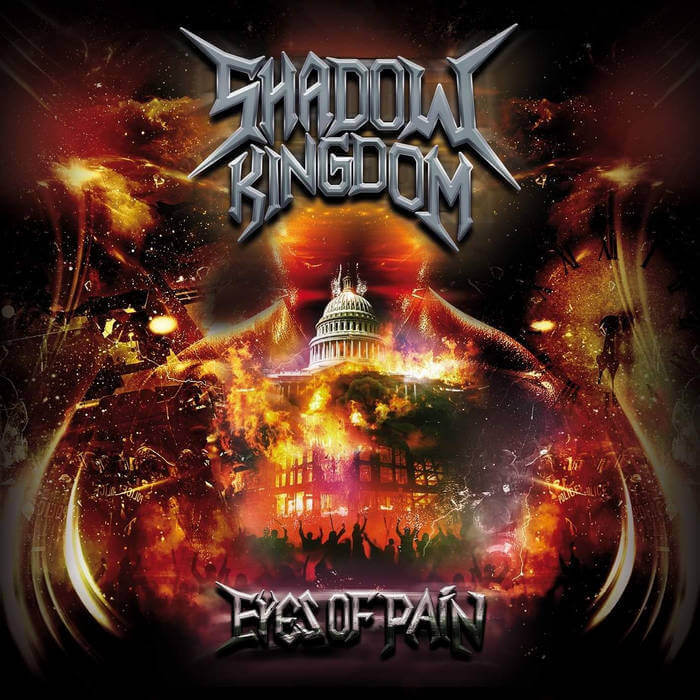 It’s back to Connecticut for our final artist today; Shadow Kingdom offer a classy mixture of straight up power metal and prog sophistication, displaying a keen grasp of song writing dynamics on excellent cuts like Winter Dancers. Here the band take the listener through a variety of moods and emotions, cramming more into the track’s five and a half minutes than many bands manage over the course of an entire album.

Vocalist Robert Slater has an appealing Osbourneesque twang in his upper ranges, in keeping with our British-influenced theme this month, but he’s no one trick pony vocally; It’s hard to imagine Ozzy helming the balls out prog-thrash of Eyes of Pain, for instance, and Slater’s contributions throughout give the band’s music a classy edge.

Nightmare Beyond echoes the heavier moments of Savatage, with Greg Alfonso delivering some coruscating guitar work, and overall the band offer a nice balance of all the best elements of American power metal down the ages. Well worth a listen!

Well, that’s it for another month – these five bands make up one of the strongest Crusades we’ve had for a while in my opinion, and I hop you find at least something here that pleases your metal palate. If not, I guess there’s always that Iron Maiden album…