Hello and welcome to another Crusade! It’s been a quiet month in terms of submissions for inclusion, and so we’re a little thin on the ground for March – but that doesn’t mean the quality drops… please have a listen and enjoy at least some of the artists we’ve come up with! 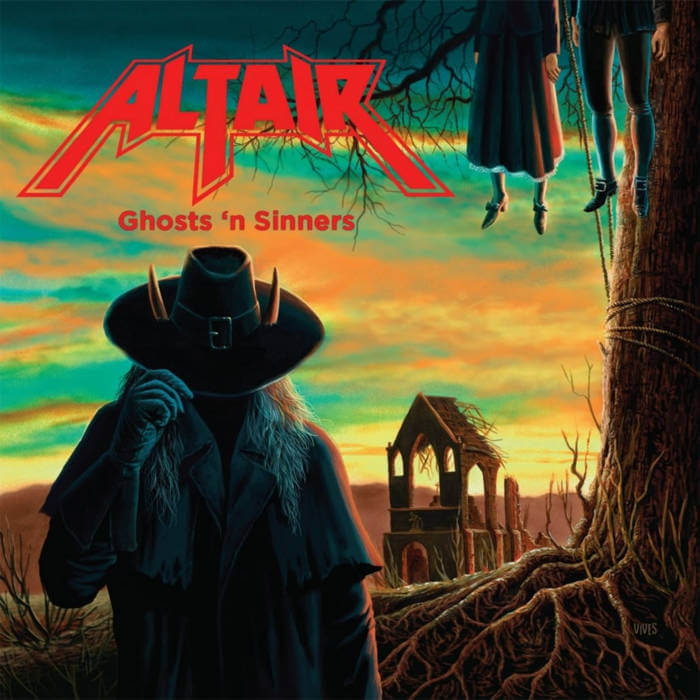 First this month we head to Seville, and powerful one-man band Altair!

The brainchild of Carlos Perez, who used to ply his trade in Monstermind, Altair are as straight ahead as it gets, delivering a fierce yet refined take on trad metal that occasionally drifts into Teutonic power metal territory thanks to Perez’ savage guitar tone and slightly Hansenesque vocals.

If this sounds like an enticing mixture, you’re right – it is; every track on Altair’s just-released debut, Ghosts n’Sinners, has plenty going for it, whilst highlight moments like Heroboy and storming album closer Still Alive (But Dead Inside) motor along in top gear and take no prisoners with their ruthless, over the top riffage.

Indeed that final track will have lovers of late seventies, early eighties Judas Priest banging their collective heads with delight, so well is it put together; Pounding drums (the only thing here doesn’t play, as the skins are beaten by Orthodox percussionist Borja Diaz Vera) create a mighty backdrop over which Perez lays down a classic six string assault; if you enjoy a bit of air guitar now and again – and let’s face it, who doesn’t? – then this may well be a track that ends up in your repertoire over the coming days, weeks and months.

Altair aren’t going to win any prizes for envelope-pushing with G N’S; But what they do they do well enough to get a big recommendation from this column! 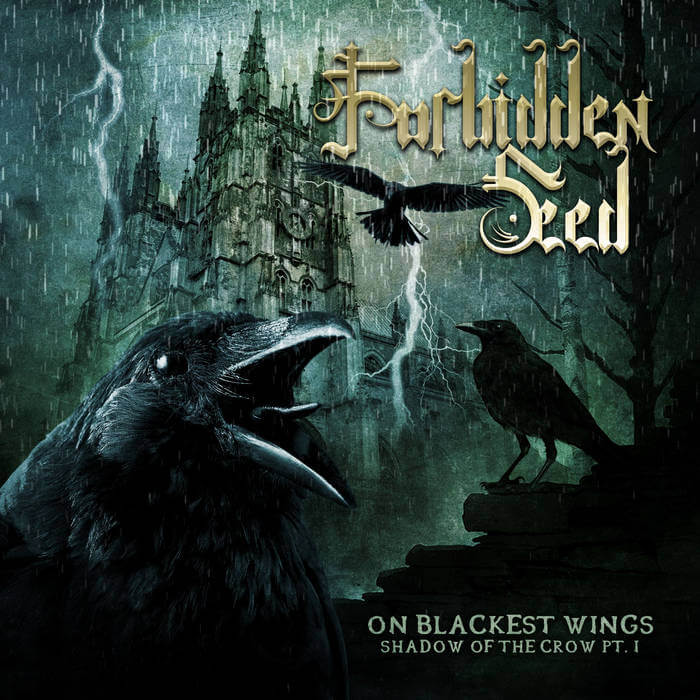 To Thessaloniki, Greece now for the staggeringly good Forbidden Seed!

A thunderous prog/power delight, Forbidden Seed have just unleashed a new full-length, entitled On Blackest Wings, Shadow of the Crow Pt​.​I ; the band centre their sound around the formidable vocal talents of Constantin Maris, who somewhat sickeningly is no slouch with the guitar either. Maris possesses a powerhouse set of heavy metal pipes; at his best, on the towering epic metal of On Feathered Wings, he sounds like a marriage-made-in-heaven mixture of Stu Block and, ironically, Matt Barlow. Of course, this means that you’ll be thinking Iced Earth from the get-go as soon as you hear Forbidden Seed, but there is much more to this band than first meets the ear…

Y’see, Forbidden Seed have mastered the art of dynamics; they know how to fit melody and harmony into a heavy metal song when the probability of finding either should, on the face of it, be somewhere adjacent to zero. Consequently strident soon-to-be-classics like Murderers Among Us and Clown have as much to do with pompous names like Evergrey or, perhaps, Savatage as they do with Jon Schaffer; Clearly this is a nice position to find oneself in as a songwriter, and Forbidden Seed take advantage of this state of affairs time and again on OBWSOTCPI.

Without wishing to go overboard on the hyperbole, it’s hard to adequately describe just how sophisticated the Forbidden Seed sound is; suffice to say it’s imperative you familiarise yourself with this band as soon is as humanly possible! Release of the month! 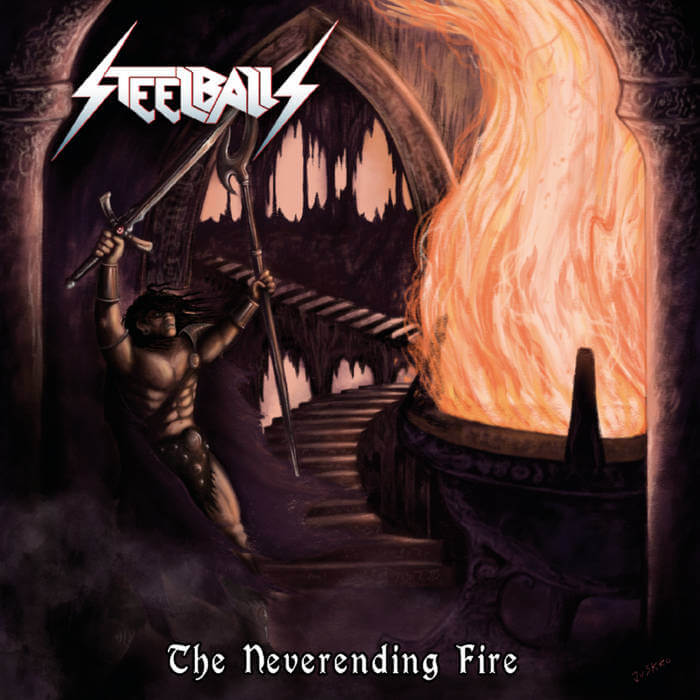 It’s a welcome back to the Crusade now for amusingly-monickered Argentinians Steelballs; we last featured the band around five years ago when they had just released their debut EP, and they are back in 2022 with a new full-length in the shape of The Neverending Fire…

I’m pleased to report that it’s very much business as usual for the Campana natives on this new record; however that doesn’t mean that Steelballs v.2022 isn’t an improvement on what’s gone before. The band in their most recent iteration are a little bit sleeker and a little bit classier but that hasn’t come to the detriment of their overall metal credibility. Newish guitarist Jorge San Roman joins founding member Juan Herrera in a compact axe unit that more than make up in skill what they lack in innovation, whilst vocalist Juan Pablo Churruarain has added an effective lower register to his banshee wail in a welcome and very noticeable improvement from 2017.

Opening track Stormbringer is a rip-roaring introduction to the band’s essentially Teutonic brand of speed metal, and you’ll definitely get a kick out of Steelballs if names like Grave Digger, Hansen-era Helloween and (old) Running Wild bring a smile to your dial. Great stuff! 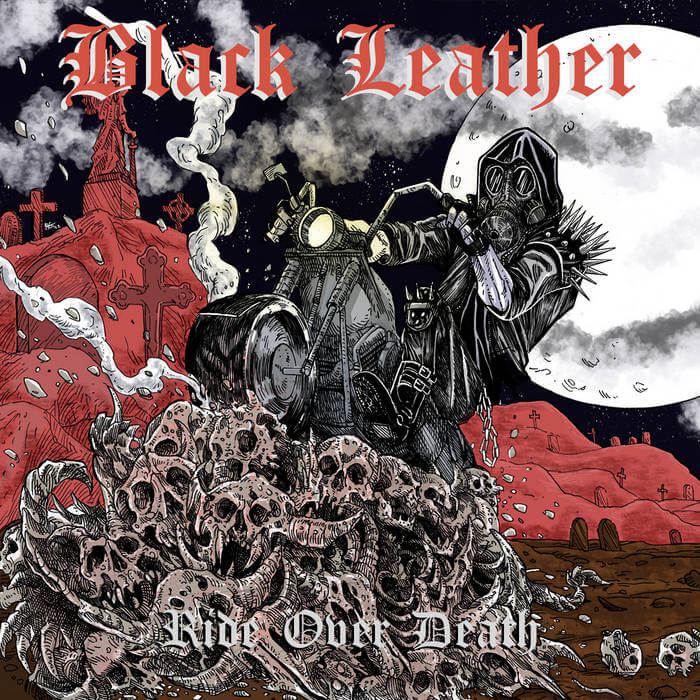 I use the term death metal in it’s most elemental sense here; this band have far more in common with the primordial thrashings of names like Venom and Celtic Frost than they do with Death or Obituary, weaving that primitive thrash sound into their deathly musings with nostalgic panache.

Opening track of new album Ride Over Death, Beginning of the End, is a ripsnorting opening statement of intent; the crazy, off-the-chain organ that threatens to run out of control in the background of the track adds real chaos and menace to the band’s standard sturm und drang, and indicates a level of madcap sophistication that is signally absent from many bands operating in this area.

Despite their outsider stance, this is a band that isn’t afraid to add the odd earworm into their cauldron of filth; the riffs on second track Burning Desires are as catchy as anything Cronos and company might have put out as a single in their early days… and there’s that organ again wailing away in the background!

Black Leather are another in the ever-growing legion of one-man bands, and I have to say that the music that Zvi Tacussis has come up with for Ride Over Death ensures that the album is easily among the most engaging and, dare I say it, listenable slabs of death metal I’ve heard in a long, long time! Bravo!

That’s it then for another month – hopefully we’ll all be in one piece and able to do it all again in four week’s time!