Ferrum Templor’s Crusade of Power: May 2022

Ferrum Templor’s Crusade of Power: May 2022

Welcome to this month’s Crusade – it’s a bit of a one for the purists this month but that shouldn’t put you off if you don’t think power metal is your thing… dive in and soak up the poaer and the glory! 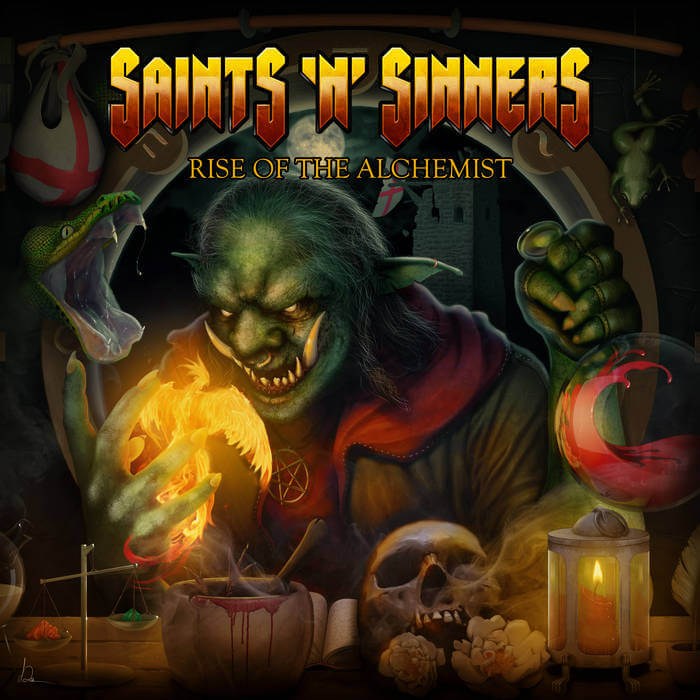 Turkey isn’t a place I think we’ve visited before on the Crusade, so it’s congrats to Istanbul’s Saints ‘N’ Sinners for breaking that particular duck! The band have been extant for a while now, forming in 2022, but they’ve only just released their second full-lengther in the shape of the excellent Rise of the Alchemist.

Opening track As Above So Below is a bit of a ripper, reminding your correspondent a little of Helloween at times as Mehmet Kaya‘s Kiske-styled vocals hit all the high notes, but the band actually have a wider breadth of sounds at their command thanks to the classy keyboard contributions of guitarists Deniz Tuncer and Kıvanç Kaytanlı, which leads to tracks like Sign of Things To Come and Sacred Ground possessing the high quality sheen of names like Rainbow or Europe.

Eminently accessible yet beefy enough to keep most metalheads happy, there’s a lot to suggest here that S’N’S can make a real impact on the international power metal scene if they stick to the formula they wrought for themselves here. This is high quality stuff that deserves to be heard by the widest possible audience! 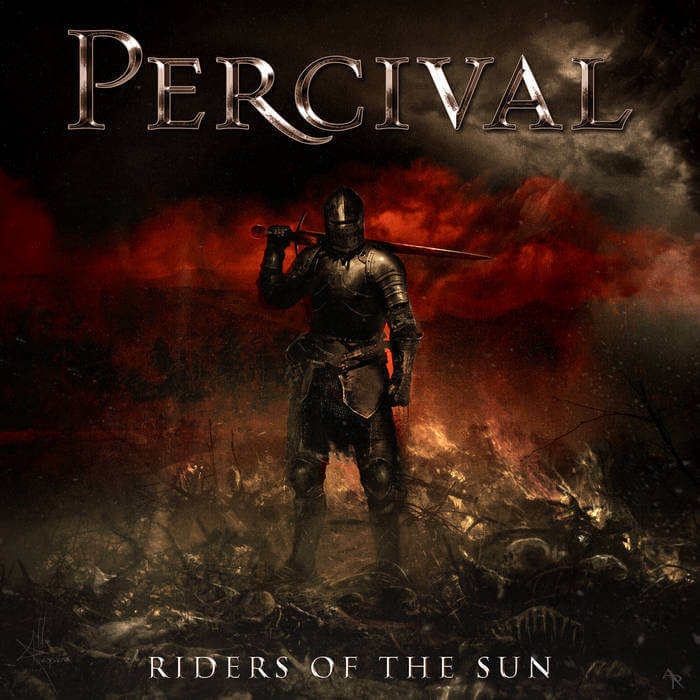 Whilst the band don’t quite match their ambition with their production capability – the rough and ready sounds presented here almost certainly don’t match what’s going on in the band’s collective imagination – there’s still no getting away from the fat that these boys can churn out some superbly catchy, anthemic heavy metal!

Opening instrumental Rite of Passage sounds like something Armored Saint might have toyed with in the mid eighties, but the fun really starts with the titanic second track Riders of the Sun, which nails the band’s colours to the mast in exuberant style and no mistake. Axes blaze, vocals soar, drums pound… this is marvellous heavy metal of the most traditional kind, and it’s sure to find a welcoming home in the hearts of the Crusade’s faithful.

These guys are not lacking in confidence either – they tackle Queen‘s A Kind of Magic and come out largely unscathed, no mean feat for a trad metal band – and throughout the duration of this new album (also entitled Riders of the Sun) the performances are so infectious you keep thinking how good it would be to hear these songs in the live environment.

Walter Behobi possesses the sort of voice you can’t help but sing along with, and his guitar partnership with Ivan Sesarini is pretty neat too – their playing on Twilight of the Gods, though not particularly flashy, is really rather good – and in the final reckoning you’ll find yourself thinking just how enjoyable a listening experience this album is. Release of the month! 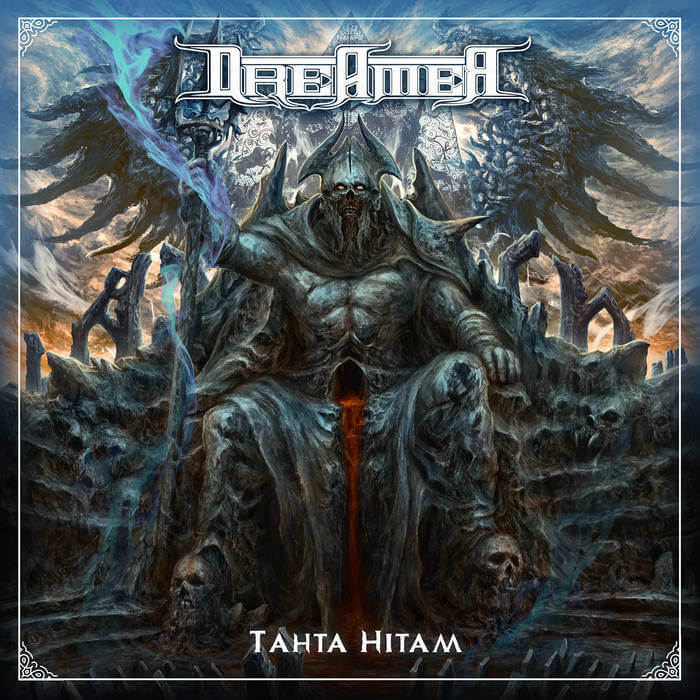 And so to Indonesia, and a gothic reworking of the Sanskrit epic Mahabharata!

Dreamer are stalwarts of the Indonesian metal scene, having formed as far back as 1998, although much of the band’s current lineup coalesced much more recently. The band’s new album, Tahta Hitam is a bit of a banger if truth be told, with the band pulling out all the stops to create a compelling new take on ancient tales.

The key here is the juxtaposition of the almost pop like vocals of Windy Saraswati and the churning, blackened floridity of the music produced by the rest of the band. At times, and especially on the tracks Khurusetra and Perang Suci, when Saraswati stops singing you’d be forgiven for thinking you’d stumbled across some heretofore unreleased Cradle of Filth material, whilst the hammering percussion of Ambon Mortis propels Raja Dunia into mayhemic territory, neatly counterpointing the Nightwish stylings going on elsewhere in the song.

As a concept this works, although the band sticks to it so rigidly that towards the end of the album the concentration starts to lag a little for want of a little by way of variety or experimentation. But for all that this is pretty impressive stuff, with guitarist Handayani Woke sounding absolutely massive throughout. These guys are legends in their homeland, and hopefully this record will help to boost their stature elsewhere going forward. It certainly deserves to! 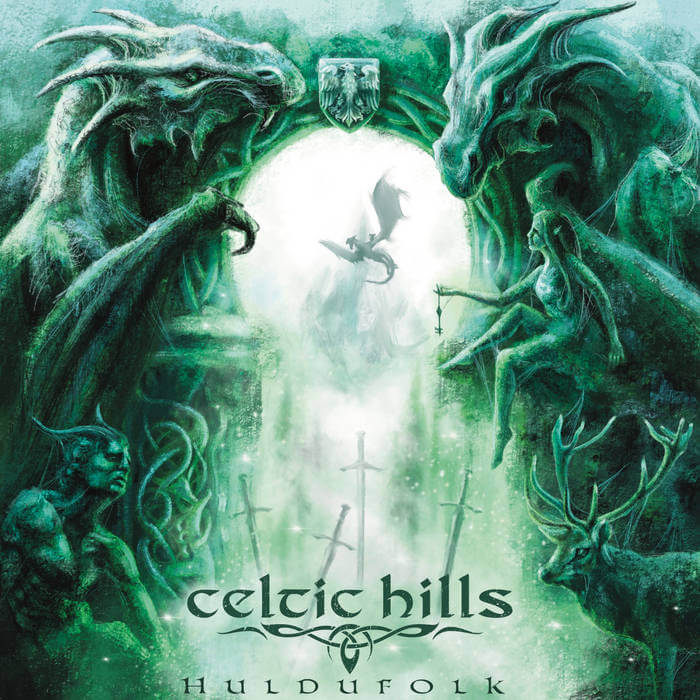 Italian power metallers Celtic Hills have worked hard to create a big buzz about their latest album Huldufólk – the Sentinel Daily office has been literally awash with communications about the record for the last few months – so I thought I’d better do some investigating to see what all the fuss was and is about!

I’m glad I did, because, though Huldufólk brings absolutely nothing new to the power metal table, it does at least give the listener the opportunity to forget their cares for the forty-five minutes plus of it’s duration as the band churn out anthem after Gamma Ray-inspired anthem in exuberant, hard-to-resist style.

It’s the sort of music built to light up lazy Sunday afternoons at minor Euro metal Festivals, as tracks like After The Earthquake cause outbreaks of fistbang mania all over the continent… like I say, nothing unusual – but since when has creating simple, easy-to-digest, singalong heavy metal been something that should be criticised?

Johnathan Vanderbilt plays his role as a Southern European Kai Hansen to a spine-tingling tee on …Earthquake, a song performed with such ironbound sincerity as to render any criticiam pointless, but I defy you not to be sucked in by it’s hammy drama if you’ve ever loved bold, boisterous Euro power even just a little bit. This is pure European power metal, made by purists for purists, and you won’t find any complaints from this column about that! More power to you guys!

And that’s it for this month – hopefulyy you’ve enjoyed this edition’s music as much as I did!