Here we are again with another metal-packed edition of Crusade of Power! On with the music! 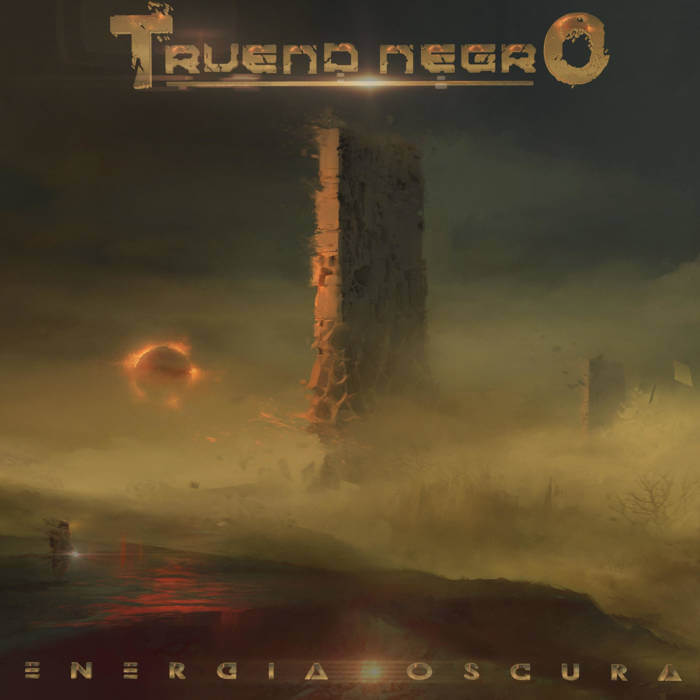 First off, allow me to play a little catch up as I missed this superb release from Argentina’s Trueno Negro when it emerged in June. The band’s fifth album, Energia Oscura, is a melody-packed exposition of all that’s good about power metal, produced by two men who excel at what they do. Bruno Baulde, who supplies vocals and guitars, is an outrageous talent – listen to his playing on the neoclassical instrumental overkill of the title track, for instance, and his musical partner Nicolás Aguirre is no slouch either on the bass.

Opening track Karma makes for a storming introduction, whilst the more electronic Nuevo Orden shows a different side to the band with it’s keyboard dominated sound. Whoever plays keys on his record – sadly uncredited on my copy – also plays a blinder, it must be said, especially on the pompous power ballad Espectro, which fans of English pomp rockers Magnum might find incredibly appealing.

You may note from the song titles that everything here is sung in Spanish, but that shouldn’t stop you from getting involved if your Spanish only stretches to ‘dos cervezas por favor’ as mine does – you’ll be missing out on a lot of very good music indeed if you pass on this simply because of language difficulties. Highly recommended! 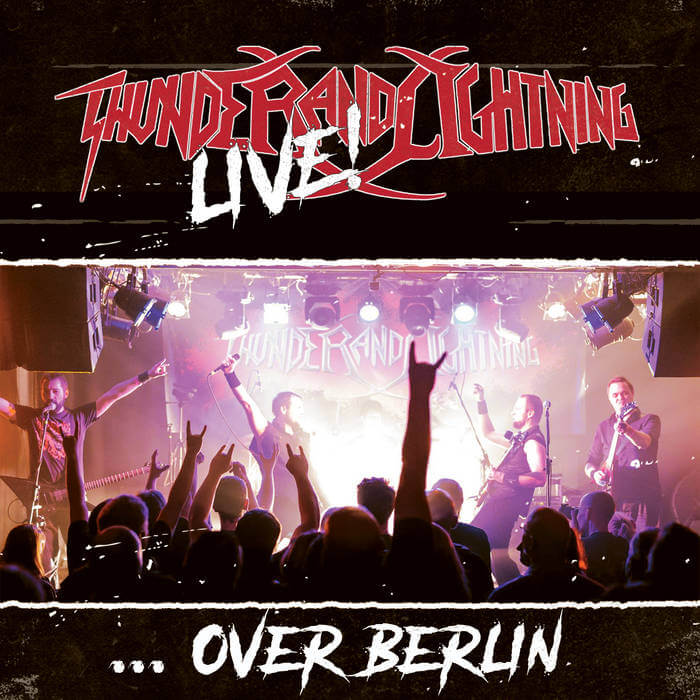 German readers will doubtless be well acquainted with Berlin metallers Thunder and Lightning; However they are a new name on me, so the opportunity to learn a bit more about them through the good offices of their new live album, recorded in their hometown, was most welcome!

Live… Over Berlin is a short, sharp, punchy introduction to the band, who mix up Euro power and more trad-styled heavy metal pretty effectively over the course of standout tracks like opener All Your Lies, the darker Demmin and catchy metal anthems Black Eyed Child and Demonicorn. Norman Dittmar leads from the front with strong, confident vocals and proves himself to be an engaging frontman on this album. Guitarists Marc Wüstenhagen and Fabrizio Agabiti work well together, creating a convincing wall of sound bolstered by energetic rhythm section accompaniment from drummer Steve Mittag and four stringer Robert Rath.

The band have released five full-lengths to date, with tracks on this album coming from across the band’s career, so it is indeed a good introduction to the band’s ouvre. Well worth a listen! 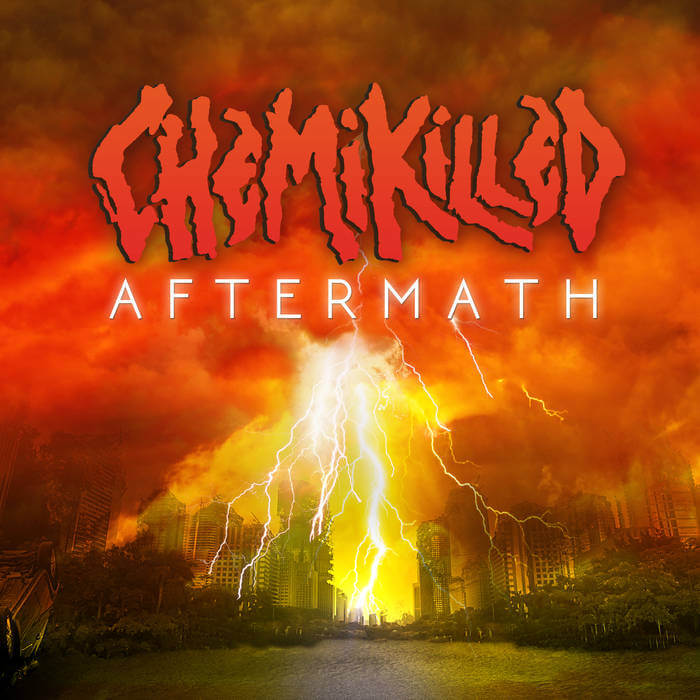 Cleveland, Ohio has long been a heavy metal stronghold and the latest band off the Cleveland production line to pique the interest of the Crusade of Power is Chemikilled!

Another in the ever-lengthening line of duos making a noise on the metal scene at the moment, Chemikilled are the result of a union between Chemikill guitarist Tim Piispanan and former Nightcrawler throat Tommy Thompson. Together the pair create a solidly raucous trad metal noise, which in it’s most melodic guise echoes fellow American outfit Sumerlands a little. Piispanen is a master forger of riffs – the superb Darkest Hour, underpinned by some superb bass, being perhaps the best example of this – and, whilst the band don’t actively come up with any stone cold classic metal on new album Aftermath, the pieces are well enough assembled to suggest that this is a band capable of making great strides across succeeding albums.

Epic closer War Within is a great example of the potential harboured within the band’s ranks; despite being less than five minutes in length the song has a magnificently ‘epic’ feel to it, building stealthily to it’s conclusion, and leaving the listener crying out for more at song’s end. And I certainly can’t wait to hear more from these guys! 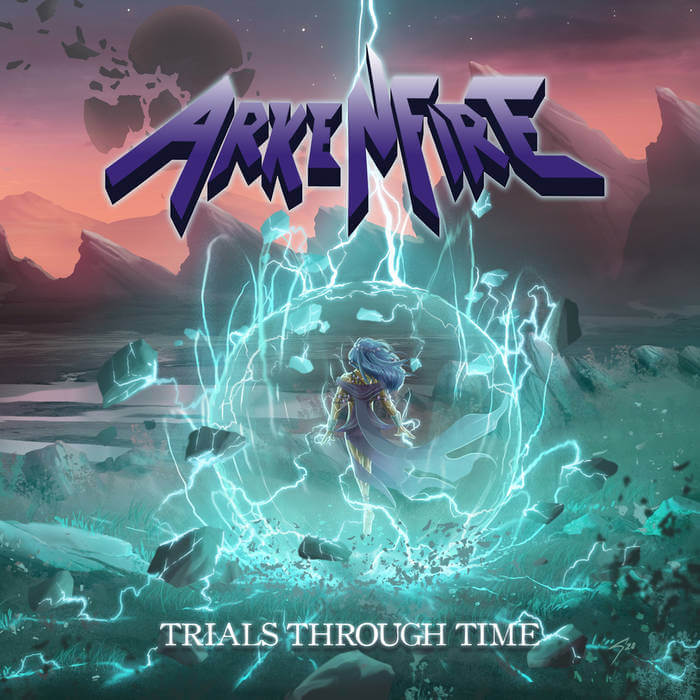 Wahaayyyy!! Staying in North America, we cross the border and head to Kelowna, British Columbia, and ArkenFire, who have just released a superb album in the shape of Trials Through Fire. The band has been extant in some form or other for a decade, and this is their first full-length release – but boy is it worth the wait!

ArkenFire come to the ears as a gargantuan, fully-formed behemoth of a band; Try as I might, I can’t think of a better heavy metal anthem than this band’s Call of the North to have passed through the Crusade’s listening chamber this year. It’s been stuck on repeat here for some while now with no sign of movement anytime soon! At the heart of all this mayhem are the quite spine-tingling vocals of Jacob LeBlanc and the barrelling, juggernaut axes of Randy Peterson and Ian McCall, who may not quite be a Tipton/Halford/Downing – level triumvirate of steel just yet but certainly have their moments on the afore-mentioned track and Cosmic Sorceress and Night Sister. This is sheer, unadulterated metal majesty, driving a direct line back to the old Gods yet clothing itself in a very crisp, modern sound that is sure to appeal to metal fans young and old.

As noted, a ten year gestation period is a long one, but Trials Through Time is out now and demands your attention! release of the month! 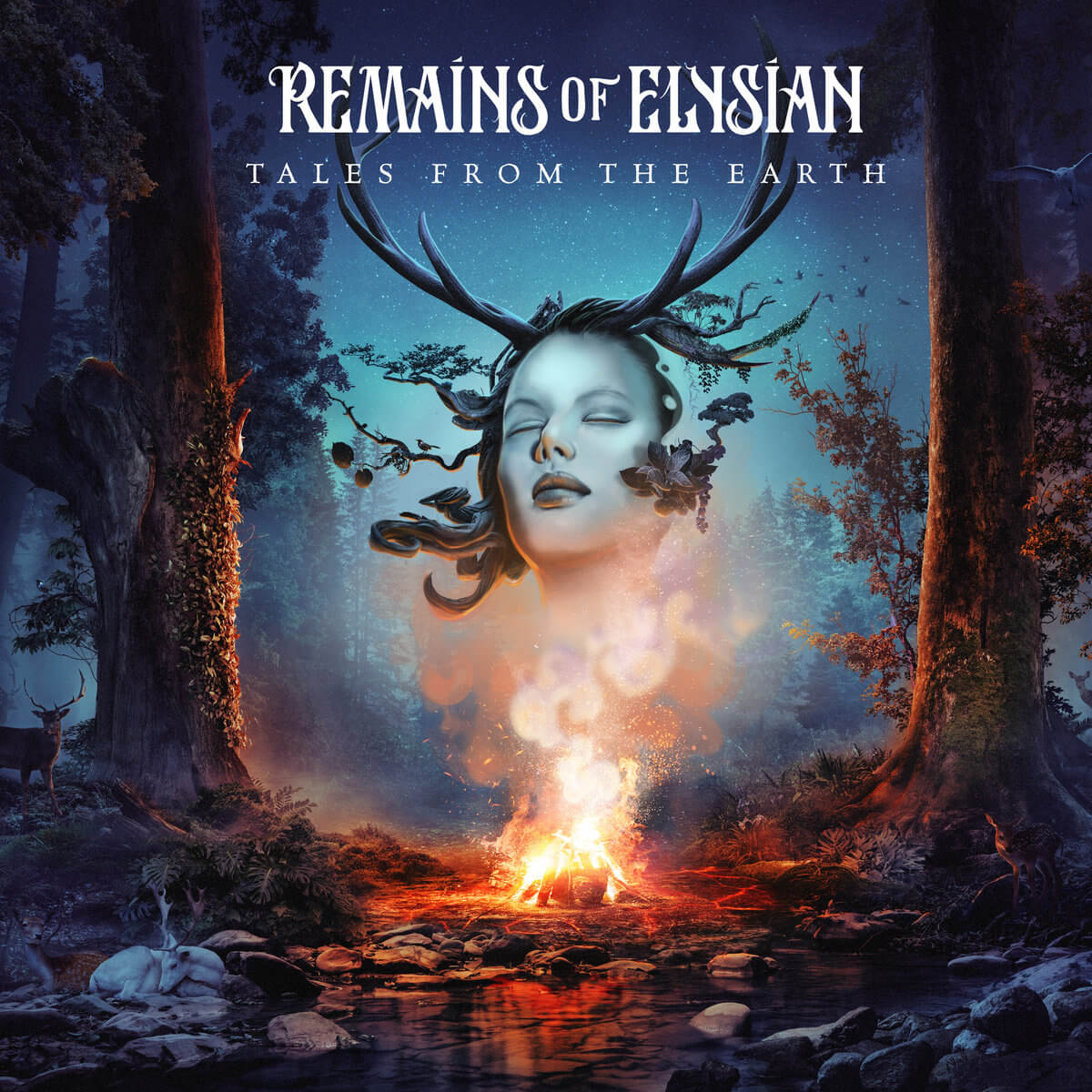 We head back to Argentina for out final act this month – Remains of Elysian!

These guys deal in epic power metal, with tracks like the superb Time To Get Away coming across like Kiske-era Helloween with a bit of eighties AOR thrown into the mix for added mayhem. It’s a pretty unique sound, and if the rest of the album is a bit more straightforward that doesn’t mean that it is any less appealing. The guitars of Juan Manuel Agostino and Germán Vázquez have that gorgeous mix of crunchy rhythm tone and crystalline lead sounds down pat, whilst Damián Battistini‘s bass on tracks like Moneymaker has that massive, growling Eddie Jackson sound that music like this really needs to keep it anchored.

In fact Queensrÿche are another reference point here, albeit a discreet one. Remains of Elysian have a happy knack of mixing power and prog in just the right proportions on Tales From The Earth, resulting in an eminently listenable slab of sophisticated, sleek heavy metal that cries out for repeated listens. Give it a go!

Well, that’s it for another month – here’s hoping you’ve found something to whet the appetite with the bands we’ve dug out for you this time around.

See you in October!