Hello and welcome to a very varied edition of the Crusade! Enjoy the tunes! 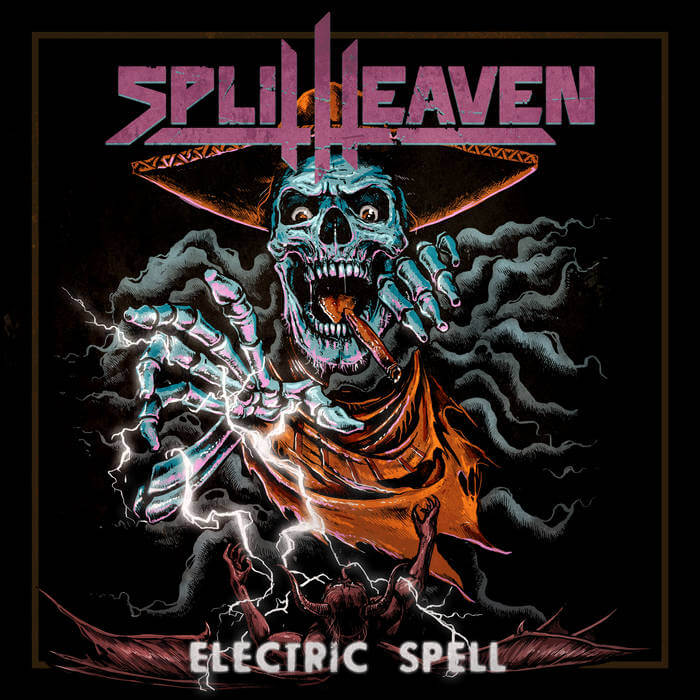 Wow – how have I not come across these guys before? Split Heaven hail from Mexico and on their just-released new album, Electric Spell, they cook up a righteous storm of metal that is sure to have fans of Teutonic power metal losing their minds!

Soul Possessor, the second track on the album is, and I’m not making this up, probably the best Gamma Ray song Kai Hansen never wrote… This really is material of the highest order. Flicking through the credits for Electric Spell I noticed that Germany’s Achim Koehler produced the album, and the man who has produced, mixed and mastered bands like Brainstorm and Primal Fear, Sinner and Ralf Scheepers down the years has certainly brought the inner German out of these Central American rivetheads!

The thrashier Revolución sees the band using their native Spanish to good, anthemic effect, although the onslaught of guitars courtesy of Armand Ramos is still very much of Northern European origin; the use of a different tongue breaks things up nicely, however, and offers a nice point of difference to the rest of the material.

Electric Spell is Split Heaven’s fifth full length, and if it’s predecessors are anything like as good as this then it’s hard to see why the band hasn’t been snapped up by a voracious record label thus far – have a listen and see what you make of them! I’m off now to do some digging about in the band’s past… 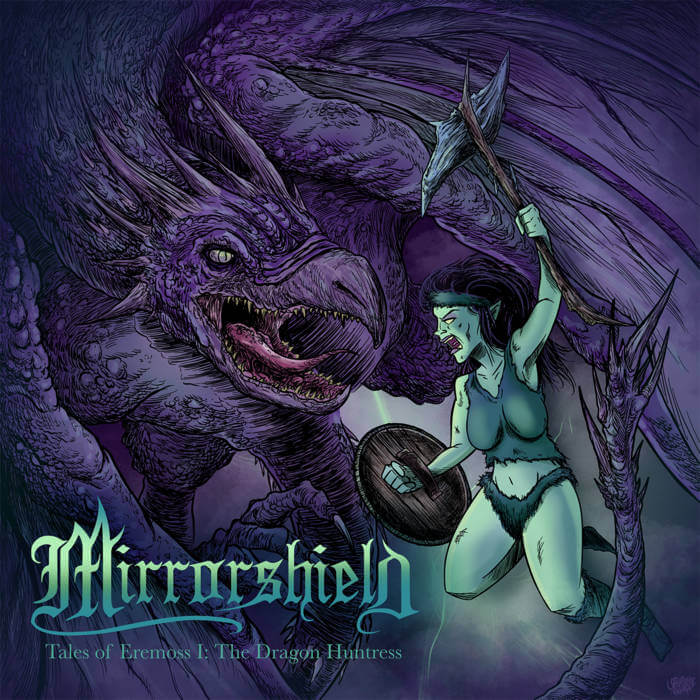 Dubbo in New South Wales, Australia, may seem an unlikely place in which to find an elf-obsessed epic folk metal band, but these are strange times we’re living in… Mirrorshield certainly evoke thoughts of sylvan, umbre-soaked glades with their thunderous take on the folk metal template whatever their origins, and for that we should certainly be thankful!

Their new four track EP, Tales of Eremoss I: The Dragon Huntress, is a breakneck run through the band’s self penned mythos concerning the land of Eremoss; However you don’t particularly need to be up to speed with what’s going on story-wise to enjoy the splendidly overwhelming bombast of tracks like Charge of The Woodland Clans, which fans of anyone from Rhapsody to Bal-Sagoth will recognise as being really rather good.

DIY attempts at this type of ‘kitchen-sink’ metal can often end in a trainwreck, sound-wise, but these guys are savvy enough to really take care with the production values; Vamaelu the Chief of Beasts certainly appears to be carrying an entire orchestra in his keyboards, but they never completely overwhelm the scathing axes of Losimduel Orylad and Verryn Rynnator, making ToEI:TDH an exhilaratingly powerful listening experience.

Great stuff, then, and certainly worth a listen even if this style of music isn’t your bag usually. 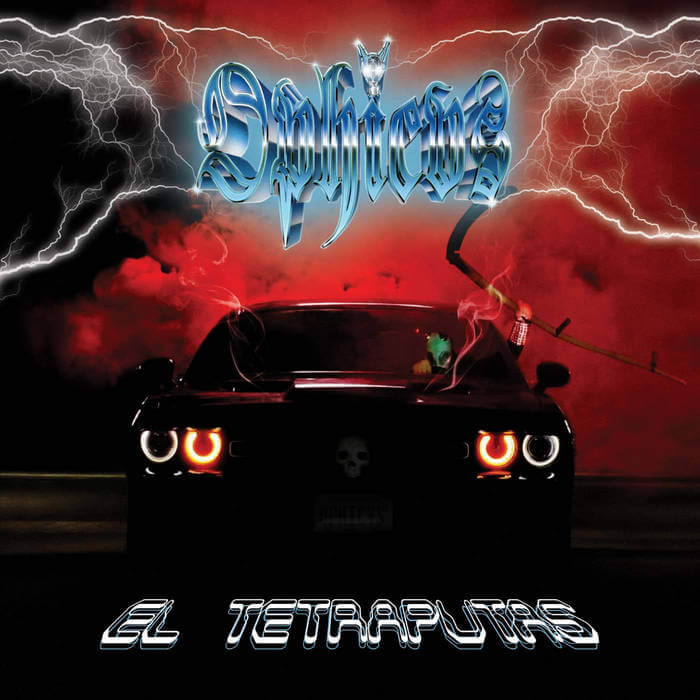 All hail the new Godz of Satanic Cyber-sleaze! If you’ve ever wondered what the eighties might have turned out like had Venom and Sigue Sigue Sputnik ever teamed up, then wonder no longer – America’s Ophicvs are here to show you!

Mid way through the opening track on their new album, El Tetraputas – the song is called Goat Power 666, naturally – your head will be literally swimming as it is assailed from all sides by snarling vocals, filthy Mantastic axes and icy, turbo synths from another, alternate dimension. It’s almost too much to take in all in one go, but repeated visits to this particularly odd altar reveal this to be the work of some sort of evil genius.

Capricorn Star adds a touch of Turbo-era Judas Priest mixed with some rampant synthwork that brings Hawkwind in their seventies pomp to mind to further ramp up the confusion… Truly this is music that mere words really can’t describe adequately. You really do have to hear it to be able to put it into some sort of context… if you can!

Ophicvs is even more remarkable when it’s revealed that all of this is the work of one (mad)man… Ophicvs himself! Recorded over the last couple of years but only seeing the light of day now, El Tetraputas is one of the most beguiling records I’ve heard in a long, long time. It certainly won’t be for everyone, but it’s hard to see how, if you approach tracks like the absolutely glorious Laser Bitch with an open mind, you won’t become a convert very quickly. Release of the month! 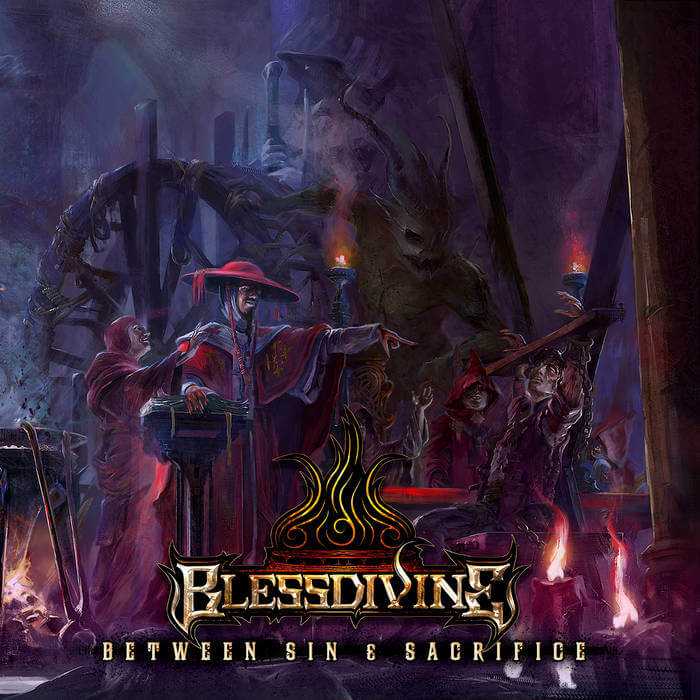 After all that madness I think it’s time we get back to something a little more what you’d expect from the Crusade of Power, in the shape of Ukrainian duo Blessdivine.

Crunchy guitars, swirling keys and pounding drums are the order of the day here, as Molodtsov builds a wall of sound over which Soleyko flexes his not inconsiderable vocal chords. Fields of Gold – not a Sting cover tune, thankfully – is a song not that far away from Australia’s Vanishing Point, musically, but overall, despite following a reasonably rigid power/prog template these guys retain their own identity very well indeed over the course of the album’s dozen tracks.

Syandout track Eye of The Storm is a ripping mix of jagged rhythm guitar work, chiming synths and insistent, propulsive percussion, building the drama over the course of it’s near five minute duration and drawing the listener in with it’s compelling nature. Both members are obviously very good at their respective tasks, with Molodtsov in particular dazzling. His guitar solo is concise and to the point but technically superb, and Soleyko manages to imbue his vocals with bags of emotion without ever becoming overwrought. Great stuff!