What is heavy metal? Is it a hate filled racist misogynistic boys club for white supremacists looking to oppress people because of their race, gender or sexuality? Or is it a bastion of free thought, free speech and free expression. Well I’m inviting you to let me know.

Let’s look at Phil Anselmo‘s cry of “White Power”” at Dimebash and consider the reaction of Rob Flynn. Is either right? Can we follow Rob’s indictment of censorship when we accept songs like W.A.S.P.‘s Animal… or Cannibal Corpse‘s Necropeodophile? Is turning a blind eye to Phil’s racist outbursts ever acceptable?

Well here’s where I get off. To quote Lemmy: “Fuck God And fuck the Devil. And fuck the church too. I’m responsible for my actions. I don’t need to hide behind nothing. I did it… whatever I did.”

This is the undisputed attitude of metal. Accepting our actions and our thoughts and owning them as our own. The point where I lost respect for Anselmo was not when he spouted abhorrent Scheißdreck, but when he tried to hide behind pathetic excuses. He said it, he should have owned it. I for one will not be rushing to the front at any of his gigs from now on. Five Minutes Alone used to ring true, now it seems as toothless as a syphilitic old whore.

So what of Mr Flynn? What a pathetic display of subservient pandering to the social justice crowd. Does he not know that admitting weakness will only inflame them? Well let’s look at what he claimed. White power is racist, black power is taking back the power from oppression. What utter bullshit! If he thinks white power is real, I invite him to take it to the middle east and use it to demand his rights. 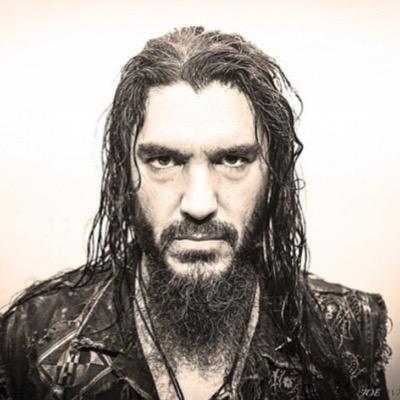 Black power is not a strike for freedom, it is not a rage against oppression, it is tolerated racism that we can live without. I can at least respect Rob Flynn for speaking out and owning his own words and actions, so while I disagree with what he said, I defend his right to say it. And no one is keeping me out of the Machine Head mosh pit. Let freedom ring with an inoffensive apologetic public statement!!

However, in this day and age where liberty is under constant attack, where the lessons of Charlie Hebdo are easily forgotten, it seems Phil’s empty apology has fallen on deaf ears. His band Down‘s appearance at Hellfest came under attack from the local government. In an act of defiance Hellfest organisers have refused to remove Down from the lineup, losing local government subsidy reported to be €20,000.

Make no mistake, this funding was not withdrawn because of what has been said, but because of fear of reprisals for not taking action. So while Phil won’t miss my presence at the front, Hellfest is going to miss the funding it will have been relying on. Let’s hope the cost of freedom isn’t going to be Hellfest 2017. In heavy metal we have fought against censorship in the courts. We have fought hard to say what the hell we want from Girls Girls Girls to Lesbians Must Die. If we go with Rob, Hang The Pope would be struck down as hate speech. There are Metal bands that support fascism, that are racist, that are Viking warriors and Devil worshippers. Whatever there is to talk about, somewhere someone is expressing it with metal.

I care about people. It’s of no concern to me who your parents are, what country your Grandma came from or who you get in bed with. When Rob Halford came out as gay, the metal world shrugged it’s collective shoulders and changed in an instant because it didn’t matter. Judas Priest were great, who cared where Rob parked his sausage. This was a defining moment of my community. It cared only for its music.

I won’t stand for prejudice in my life. I’ve been attacked in the street for the way I look and I’ve defended people with me. I’ve reported racism in the workplace. I’ve tackled people who hold abhorrent opinions and dealt with unpalatable situations. But try and take away the freedom of expression in the music I love and you find yourself in the same camp as the people who scream “White Power”. You can keep your views, and I’ll keep metal as it is.

Metal is a community that expresses its freedom. I implore anyone that gets tempted by the call for censorship to think about what it is they like. Because the tool you use to silence distasteful words today, will be used to censor what you like tomorrow.

Metal is a community that has open arms to anyone that loves metal, it’s that simple. Attack anyone else in the community for their opinion or their appearance and there will be hell to pay. In my experience, metal fans are good people with a tendency towards tolerance and fairness, that cherish personal freedom and self expression.

There are always exceptions and I hope you have the strength to speak out against those that express unsavoury views like Phil Anselmo’s. If it’s a friend, have a quiet word and let them know. If it’s someone you just met, let them know you won’t tolerate prejudice and move on.

In my opinion metal is better than that. It is not divisive. It rises above differences in gender, race, sexuality and individual opinions to unite its disparate fans under one single banner, HEAVY METAL. Like a herd of cats, dressed in black.

That’s what I think. What about you? Let me know in the comments box below.

This article originally appeared at www.metaltalk.net

About the Author: Daryl Soar