Lucifer’s Hammer: The Omens Are Good…

Lucifer’s Hammer: The Omens Are Good…

After their highly acclaimed Night Sacrifice (Demo MMXIII) three years ago, Shadow Kingdom Records is proud to present the debut full-length of Lucifer’s Hammer, Beyond the Omens, set for international release on June 3rd.

With confidence and energy bursting from every glorious note, Beyond the Omens continues the magic these Chileans created on their celebrated demo, but Lucifer’s Hammer take it one step further with a more polished sound that enables these anthems to ring proud and true. Like a time-warp to 1984, on both sides of the Atlantic, this is classic HEAVY METAL that combines crushing energy, night-time atmosphere, moody melodicism, and HUGE choruses that would be ruling the radio if it was indeed 1984. But be aware that this isn’t pantomime: Lucifer’s Hammer are the real deal, and they hammer home the fact with a vengeance, leaving an indelible, long-lasting impression on the listener.

Before it’s over, you’ll be enthralled to the secret Beyond the Omens and these nine songs simply won’t leave your head! Bolstered by a clear yet full-blooded production and cover art that tells a thousand words of the story, Beyond the Omens is guaranteed to be a classic debut, and forceful point of entry for Lucifer’s Hammer to continue their dominance. Fans of Iron Maiden and Warlord will freak out when they hear this – you’ve been warned!  Cover and tracklisting are as follows: 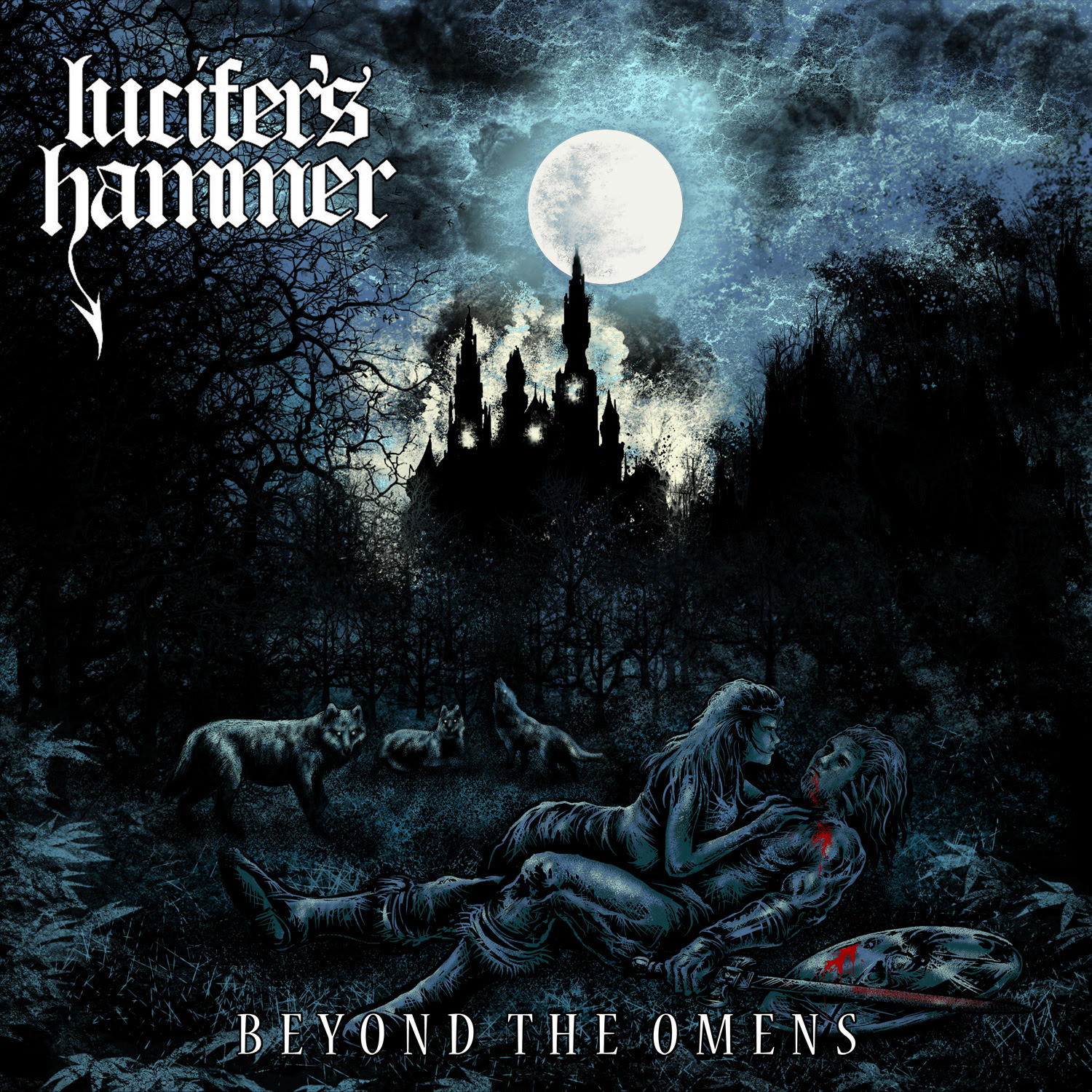