Welcome to this week’s Shrapnel! If it’s heavy metal, you’re after, you came to the right place – strap yourselves in!
MOONLIGHT HAZE 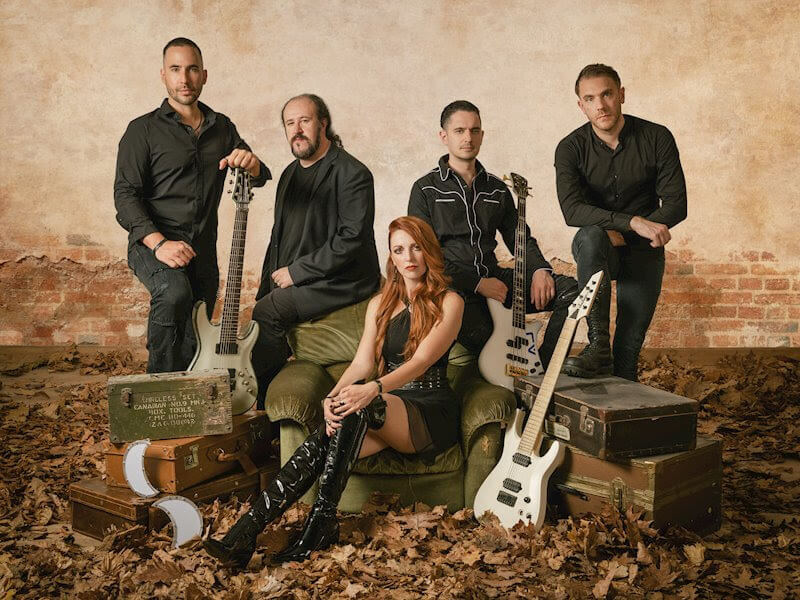 First up this week we have Italian symphonic metal sensations Moonlight Haze, who last week released their new album, Animus, through the Scarlet Records label!

All-killer-no-filler melodic and symphonic and bombastic power metal at its best: every song of the new Moonlight Haze album is a potential hit single, displaying at the same time a rich sonic texture, some incredibly uplifting/addicting hooks and a meaningful and heartful message.

Animus represents a huge step up for the band’s songwriting and sound and got the five musicians excited since the very first melodies and lines that had been written. Lyrically-wise it’s an introspective and intimate work, but at the same time it looks at the world outside – willing to bring a bright message of vitality and rebirth.

Hence the title, Animus, a Latin word that has different meanings: vital force, conscience, soul, mind and courage as well.

Have a look at one of the videos released from the album, It’s Insane, here – and tell us what you think! 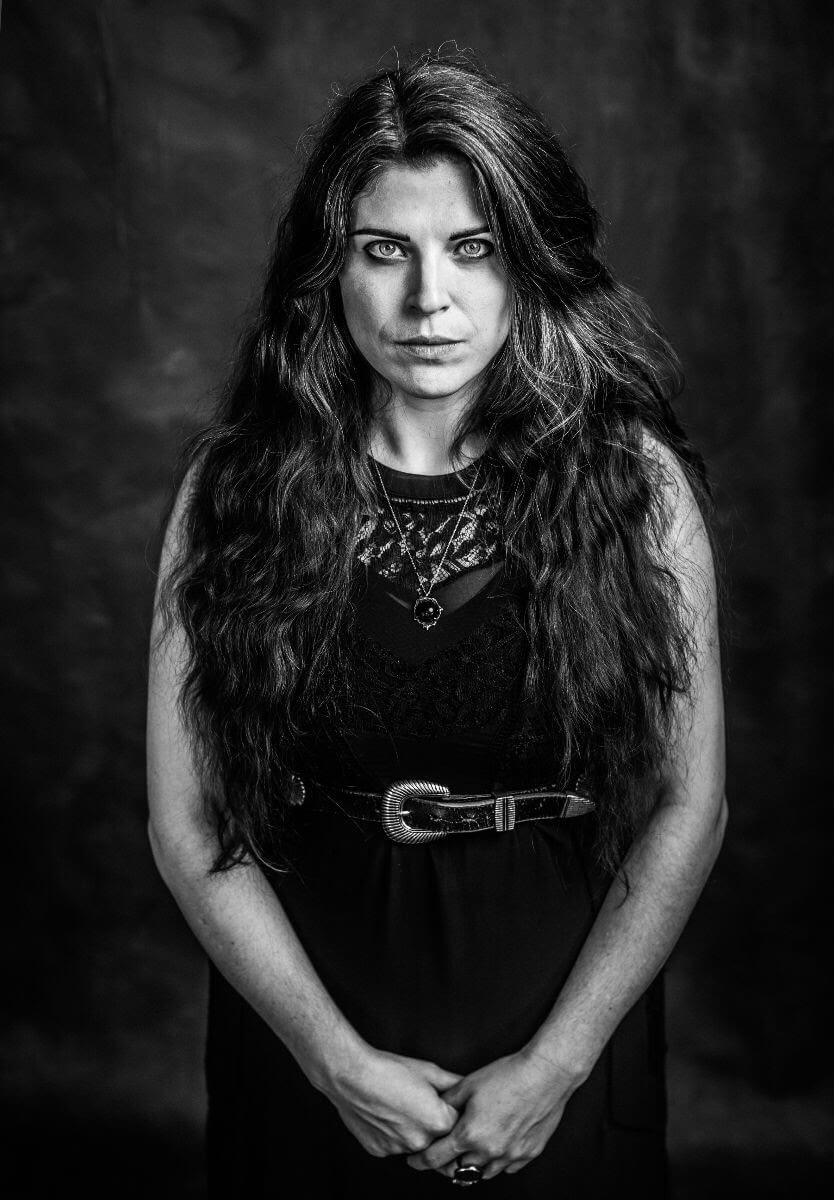 Svart Records is proud to debut Mother Of Light, the epic first album by dark folk songstress Anne K. O’Neill, under her Serpentent banner. As Serpentent, multi-instrumentalist and visual artist O’Neill weaves a deep cinematic spell of gothic folk, combining elements of European folk music and neoclassical influences. Transfigured by her extraordinary, evocative vocal style, Serpentent’s Mother of Light is a lush saga. Unfastening her industrial roots, Serpentent sees O’Neill conjure monumental sonic narratives that are magnificently visual but fiercely vulnerable, her voice commanding an unconquerable presence. Emotionally charged, Serpentent sets the stage with songs of love and grief, magically distilled through eloquent landscapes of sound. Gothic classical neofolk or eighties-tinged neoclassical dark pop, only the listener can experience for themselves. Serpentent are that unique paradox, almost beyond genre, leaving you speechless and struggling to find words that can describe sheer beauty.

With nods to Jung, Bataille, Camus, and Krishnamurti, Mother of Light’s themes serve as a rumination on the meanings of life and death making this debut Serpentent album an opus of philosophical observation. Featuring accompaniments by Joseph M. D’Auria on drums, Dylan Desmond on bass, and guest appearances from Lorraine Rath, Sasha taqʷšəblu LaPointe, Kakophonix, and Joy Von Spain, Mother of Light Together with artwork created by O’Neill, Serpentent’s Mother of Light is an unflinching masterwork of artistry from cover to cover. O’Neill’s dark folk soundtracks, with her song-craft and voice bringing to mind Lisa Gerrard and Jocelyn Pook will appeal to fans of everything from Chelsea Wolfe, Darkher, Lindy-Fay Hella and Dead Can Dance to Emma Ruth Rundle, Enya, Mazzy Star and even Svart Records’ own Hexvessel. It’s hard not to believe that Serpentent is a prescient star whose moment has arrived. Mother of Light is a shining gem of darkness waiting to be discovered and explode into the mainstream. As explorer’s who have been there discovering many new artists as they emerge, take our word for it that Serpentent is one to seek out, to be there as the levee breaks. Allow Mother Of Light’s wave of life and death illuminate you. 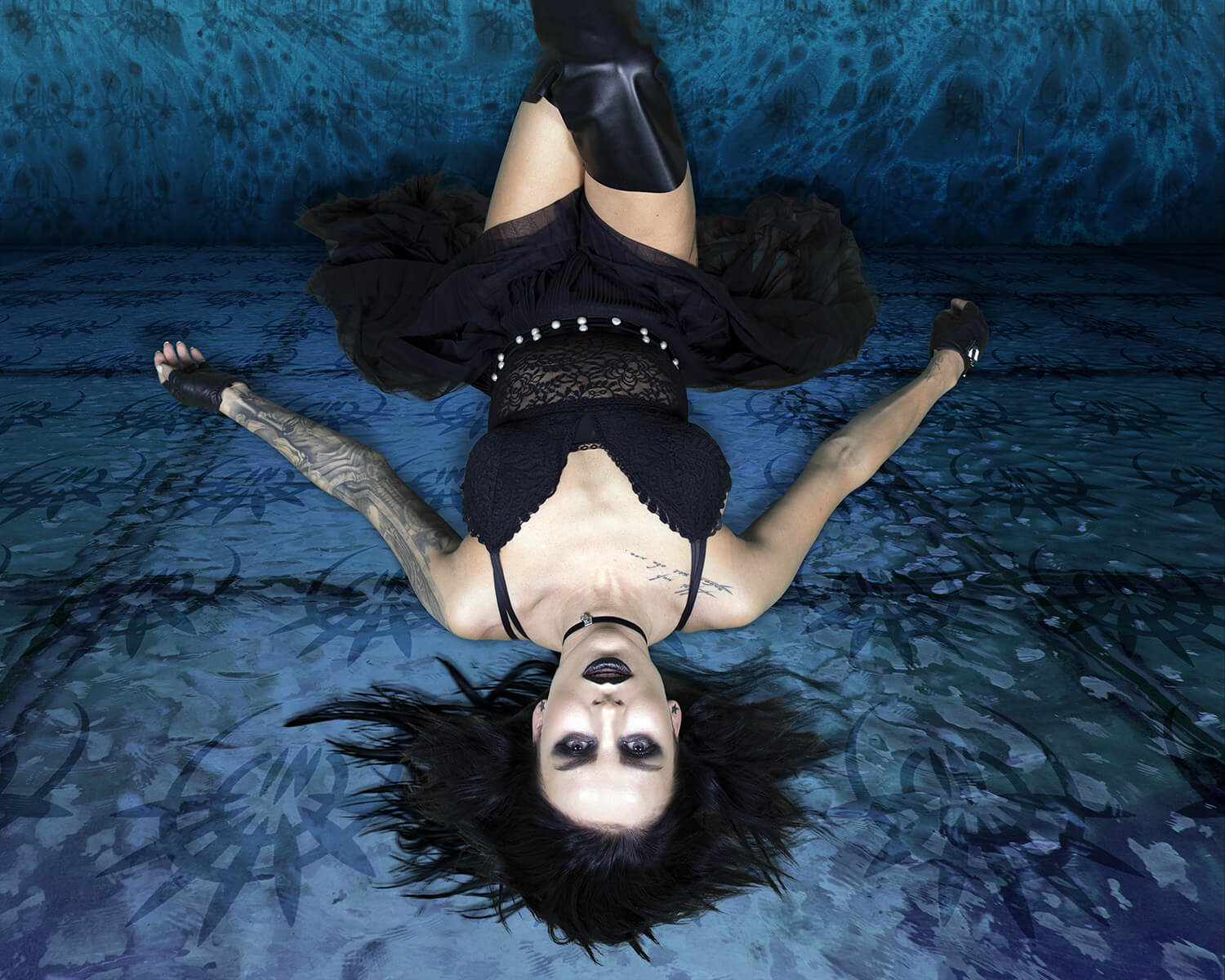 Swedish rockers Insammer have released a new album called Black Art. A masterpiece of eleven tracks of ‘total guitar and drums madness’, filled with moments of relentless energy throwing back to their punk and rock roots to visionary moments of modern alternative.

Band vocalist Vika says: “Our third album Black Art is a powerful and strong statement of the modern world. We spent almost a year in the studio during pandemic period, we wrote over forty songs and had to choose from them. We took eleven tracks of pure rock vibrations with excellent lyrics to rock the house. For the first time in our career, we truly put it all out there. The album’s lead single, Black Art, is about dark times on the internet and hard situations on the political stage. We are all in the process of transformation”.

Insammer is one of Sweden’s most promising metal bands, combining dark, pulsating Nordic grooves with Eastern European lyricism and melodic romanticism. Their live shows throb with emotional energy; Vika’s voice ranges from a whisper to a full-throated growl, melding with the instruments as verses explode into churning, hypnotic choruses and pounding, crowd-mesmerizing riffs. The group calls their sound transfusion metal, a heavy mixture of alternative rock and nu metal, which evokes the shifting musical styles and feelings that pour over them and infuse their performances.

The band was created in Stockholm by vocalist Vika and guitarist Dennis Wise, whose collaboration began at a music institute in Uppsala, Sweden. The name InSammer was inspired by The Door Into Summer, a science fiction novel by Robert Heinlein. The current lineup also features virtuoso guitarist Oleg Izotov, bassist Nikita Simonov, and world-class drummer Alex Karpukhin.

About the Author: Hideous Destructor