Welcome to the Christmas Edition of Shrapnel! Of course, there’s no Christmas-related news here but Happy Holidays nonetheless!

All that said, we are heading somewhere snowy first of all – Finland. Progressive metallers Amoth, who feature Pekka Montin of Ensiferum on vocals, have just released the third single from their upcoming new album, The Hour of The Wolf. You can watch the clip for Traces in the Snow below!

Says guitarist and main songwriter Tomi Ihanamäki:”This is by far our best album yet! Superior performances from all of the musicians. Much better production and songwriting. It’s not a fast-food album. Some of the songs are quite complex so it takes probably more than one listen to really get into! Traces in the Snow is the ballad of the album. We are very pleased with how this turned out! I think many people will like this even if they don’t otherwise listen to metal music. Very strong lyrical content. Can’t wait for people to hear this.”

Amoth’s roots are strongly founded in eighties heavy metal, but branch out in different directions with elements from progressive rock, thrash, and even jazz brought to the table.

The new album features Pekka Montin of Ensiferum once again as the lead vocalist and for the first time, there are also keyboards on an Amoth recording. Fans can expect insane vocals and virtuoso-like playing from all members of the band. The nine songs are very diverse, taking sudden twists and turns into unexplored territory. Amoth even offers up two Steve Vai/Joe Satriani-style instrumentals on this new full-length with tracks Wind Serenade Part I and Wind Serenade Part II.

Staying snowy, but heading to Canada, we find Quebecois death dealers Decerebration… These guys last put out a full length album, their debut in 1998, which by even my shaky math means it’s been over twenty years since they released new material – but the wait is over!

Follow The Scars, which came out this past week, is a self released effort, pit out by the band themselves. Meant to show fans that the band is back after a two-decade hiatus, they have taken their sound to the next level. Fans can experience the band’s old school death metal roots and at the same time listen to their evolution as musicians. Decerebration explains the record in further detail: “We are extremely proud of Follow the Scars, and we’re thrilled to be able to share it with the world. When we started, we traded cassette tapes through the mail because there was no such thing as the internet around. Being able to reach the whole world now is very exciting to us. Especially since we think the album sounds great compared to anything we ever did before.

When we first started in the early nineties, we were kids that didn’t know what we were doing besides writing what we thought were good death metal songs with typical death metal lyrics. More than twenty years have passed since our last release, and we wanted to show how we have evolved as persons and musicians. We wanted to stay true to our old school death metal roots while adding new elements to our music such as clean vocals. We really like the music we were able to write for the new album. We think old fans and new fans will find something for them in our new songs and we can’t wait for them to hear the album. Follow the Scars is also a look into our personal lives over the past twenty years lyrically. The lyrics are not the typical death metal lyrics we used to write. Not because we want to deny our past, but because we wanted to talk about the issues we faced in our lives. Just like the music the lyrics are a product of how we have matured and evolved as human beings and musicians. We wanted the lyrics to reflect that.”

See what you think yourselves by taking a listen to Infamous Duality from the new album here!

To Chile next, and crushing death metal unit Weight of Emptiness, who have a new video clip they’d like you to see… After winning the Escuchar 2021 award for best extreme metal album with the album Conquering the Deep Cycle, the band has just released their newest music video for the song Chucao, from the aforementioned album.

The video, whose recording was delayed for over a year and a half due to the pandemic, was filmed in August 2021 in southern Chile (in Panguipulli, Paillaco and Valdivia), as well as some footage in Santiago. It was directed by Lucho Villegas, director of the film Vitae, and Joaquín Cacciuttolo was in charge of the camera duties. In addition, the author of the lyrics, Mario Montecinos, performed in the video, mainly from his own house, where there is a dense forest full of Chucaos.

According to guitarist Juan Acevedo: “The locations and the script were defined by the personal story that was told. We’ve been friends with Lucho for years and we’ve talked a lot about how to make this production. It was intense, with four days of recording in the south and one in Santiago. But worth it … ”

The Chucao is a bird that inhabits the forests of southern Chile, it always sings to the people who frequent them, but it never lets himself be seen. “There is a Mapuche legend that says that if Chucao sings for you from the right, the hiker will have luck on the way, but if he sings from the left, it might be better to give up on the trip,” adds Acevedo.

Finally this week we head to Germany and Powertryp who, despite forming in 2010 are only just now set to release their debut album, Midnight Marauder. The record is slated for release through Rafchild Records on February 1st next year, and the tracks that Shrapnel has heard are pretty damn exciting!

The Erlangen-based outfit has been a long-running powerhouse in German underground metal, releasing their promising demo Endless Power in 2015, but it took a long time and a plague to get Midnight Marauder into shape. Mixed and mastered by legendary producer Harris Johns, the quintet presents a tour de force through all parts of classic metal, between NWoBHM, epic metal and fast-paced, riff-heavy US Metal.

So, start training your neck muscles and your livers and prepare for the Midnight Marauder to come for you in 2022! 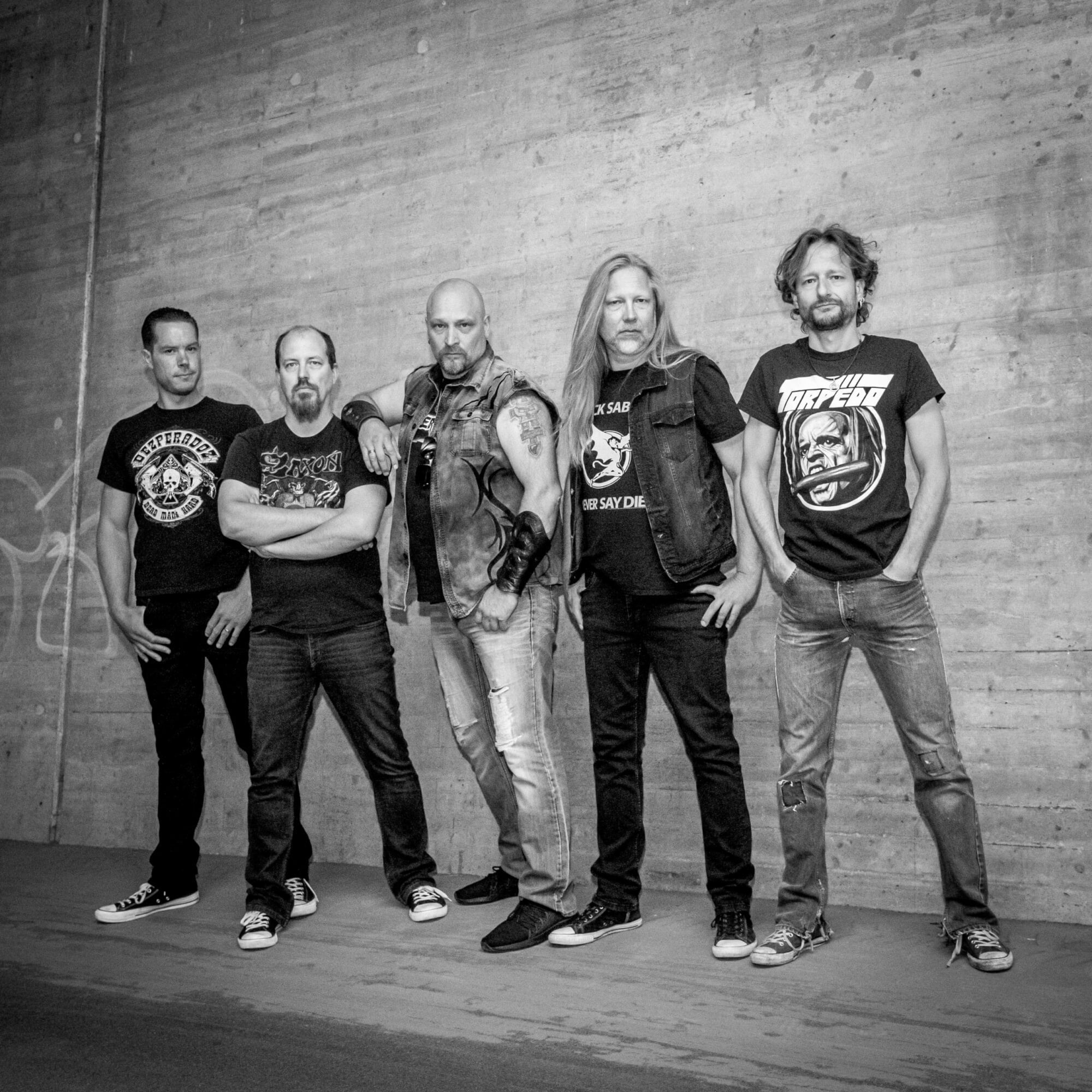 About the Author: Hideous Destructor