Welcome back to episode ten of Terror Australis! 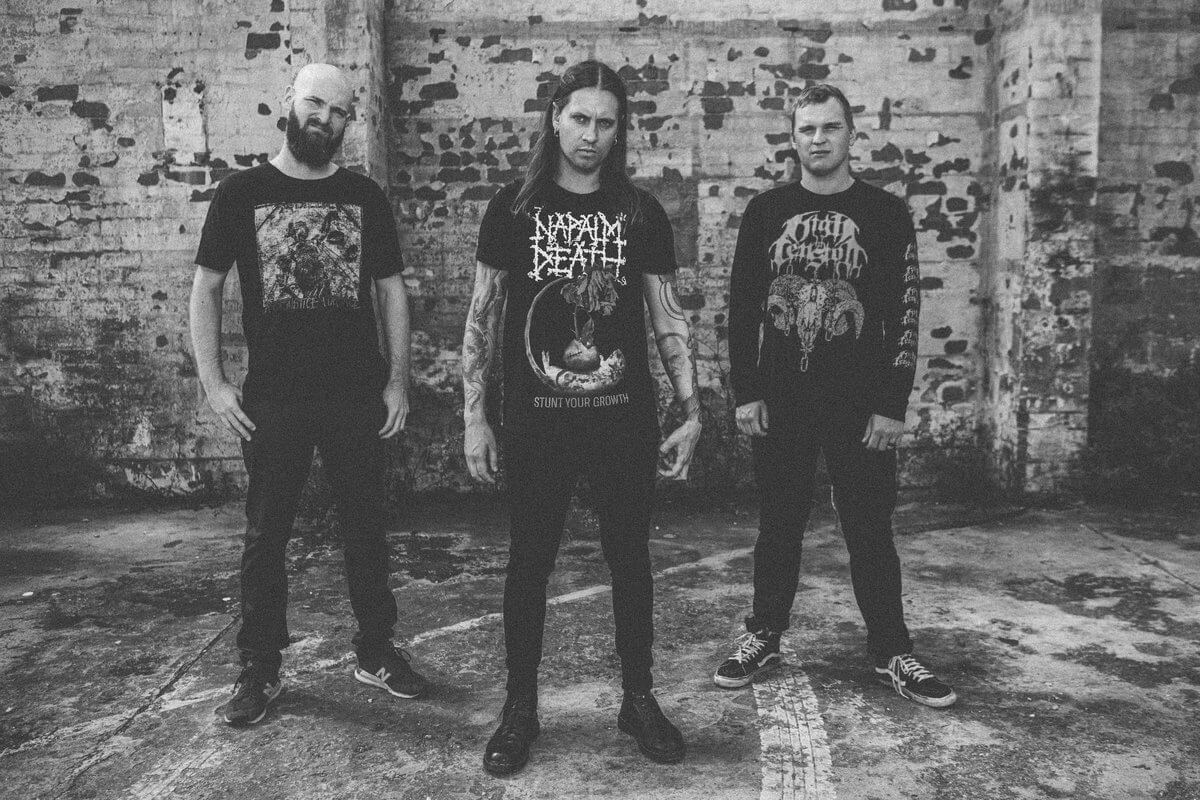 Roaring off of the east coast of Australia comes Nesher, Australia’s latest heavy outfit featuring some of the most respected members of the Aussie metal scene. Taking their name from the Hebrew translation of the word Vulture, Nesher seeks to capture the sense of menace and majesty embodied by the creature within their sound, whilst raging into the injustices they see around them.

The group was birthed when Alex Wilson, known elsewhere for his work in the ARIA nominated and internationally celebrated progressive outfit sleepmakeswaves, decided the extreme metal riffs he was always writing needed a home. The recruitment of veteran vocalist Sam Dillon (Lo!, Hadal Maw) and session drummer/music journalist Al Belling brought the project to life, the three combining their collective influences and love of concise composition to create Nesher.

Preservation of Privilege is the perfect showcase of Nesher’s writing chops, with a hailstorm of blast beats, frenetic riffs, and vicious vocals bookended by an infectious groove to take the song home. With a commitment to the art of songwriting at the forefront, Nesher’s sound is one where every riff has gravity, each slam serves a purpose, and the heavy metal trump cards of power, atmosphere, and menace take centre stage. Put simply, this is world-class songwriting, dressed up in infectiously catchy death metal that is both brutal and anthemic.

Whether it’s the grooves of Entombed, the relentless attack of Morbid Angel, or the frosty blackened tinge of early Opeth, there’s something to love for every metalhead here on their thunderous debut Preservation of Privilege. 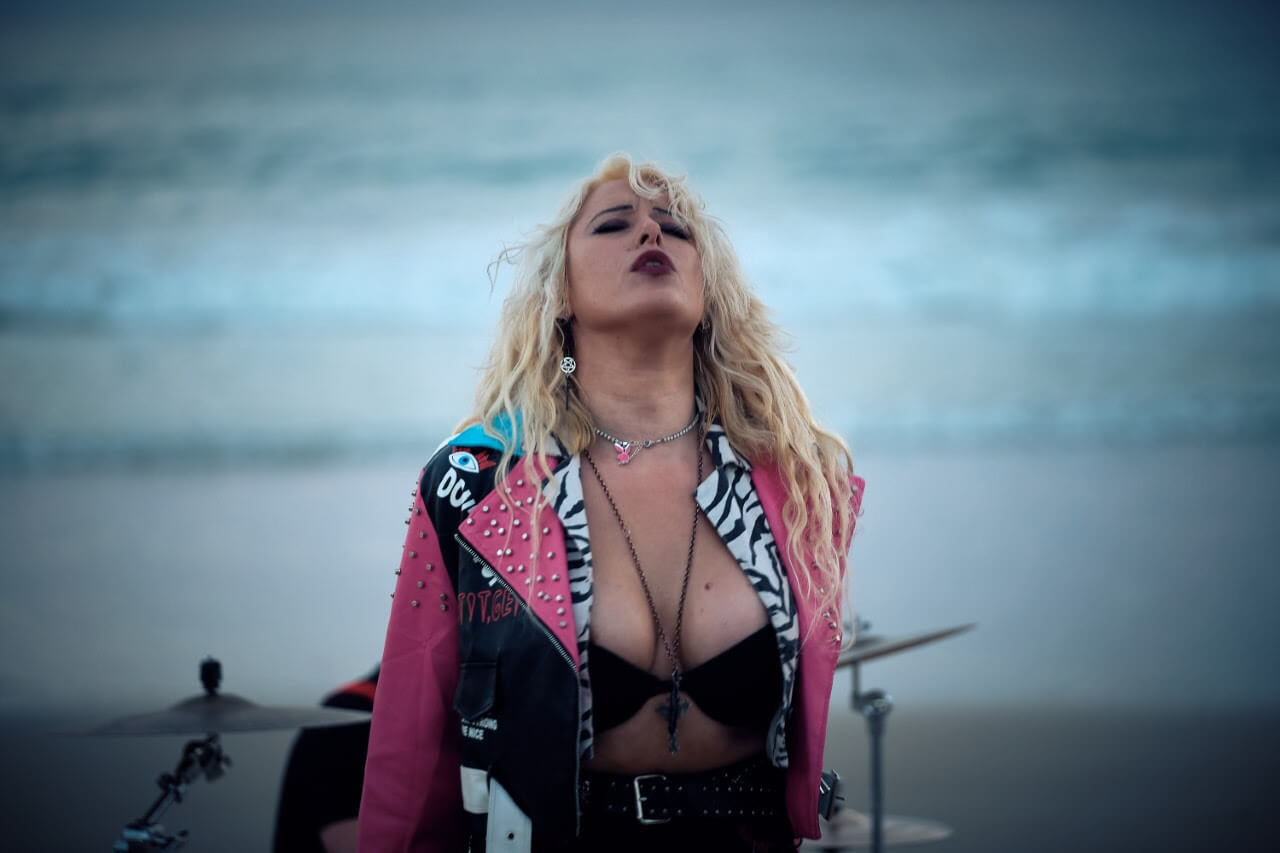 Brisbane female fronted Hard Rockers Hit ‘n’ Mizz have recently released their new single/video Burn. The song is part of the planned album which will be revealed later this year.

Unlike the rest of the songs from the EP Action (released in February 2021), Burn has more of a melodic acoustic sound. This takes the band’s rock style a little closer to country rock music showing their fans another side of their music ability. Loud and punchy is transitioning to soft and gentle but keeping the metaphoric lyrics and eccentric rock style.

Lead singer Mizzie Maxx explains: “I started writing the song on guitar not knowing how the band would take to it. Once the boys heard the song, they turned my acoustic ballad, which can be heard in the intro of the song, into a melodic country sound. They kept the rawness and the emotion through the track.

At the time of the recording, the band lost their bass player Slije and gained a new one Clintron. However, Slije plays on the track. The night before the film clip was filmed for Burn, Slije was asked if he would like to be apart of it. He agreed. You will see five members in the film clip who will be continuing all onto the album. It shows the calm after the storm. ‘Just one more shot, It’s all you got’.

Hit’n’Mizz is a powerhouse combination of eighties rock with a punk attitude. They have one aim and that’s to have fun and play music. Together they are mizfits and bratz, just like their fans, that have come together for the love of rock n roll, and are hell bent on delivering a rock show.

Formed in 2018 in Brisbane Hit ‘n’ Mizz is developing into a sought after hard rock band. After finding herself at a cross road in the music industry and wanting more Mizzie rounded up members from other bands (stole them) and started rehearsing and performing live with her original music. 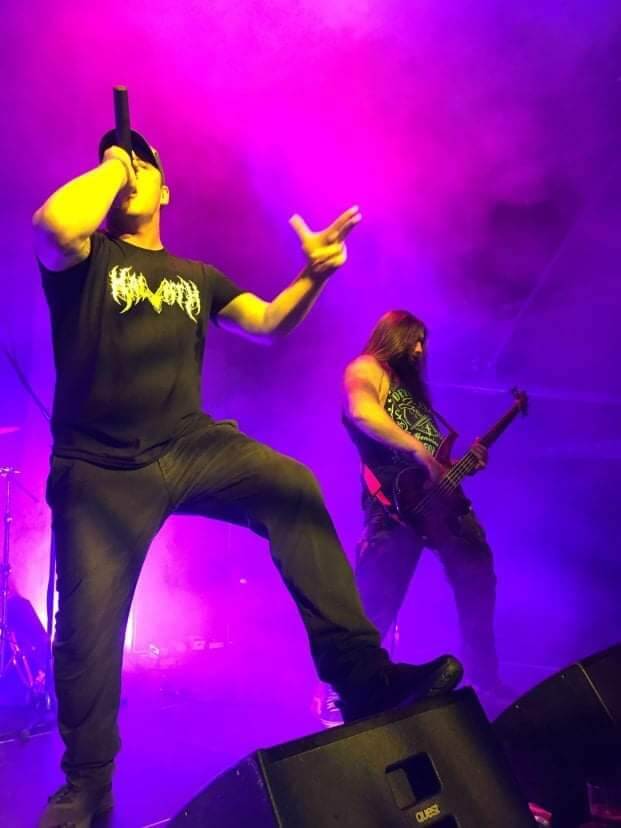 Originating from Perth, Kimura are a straight up, unapologetic heavy metal band, with an unrelenting determination to engage a collision of punishing groove and melody-soaked riffs whilst violently venting their vexations. Kimura’s fourth release, Circle The Prey, is set to be their darkest, heaviest and most personal album to date, incorporating real life stories and the raw, turbulent nature of the world we live in both internally and externally.

The first single and video released, Sharpen The Bones, reflects on justice, retribution and due punishment. An account of a young girl who was wrong done by from a trusted source, causing a life sentence of nightmares, fear, trauma and distrust. For the perpetrator it highlights the end of hiding, facing the consequences of actions, accountability and disposal thereof to never hurt again.

With Circle The Prey Kimura have successfully fused and solidified their common heavy influences and shows the quartet at their most intense, insightful, and adventurous. It’s a chaotic balance between harmony and dissonance, melody and aggression and is the most ferocious and infectious release the band have ever made. Consequential impact is imminent.