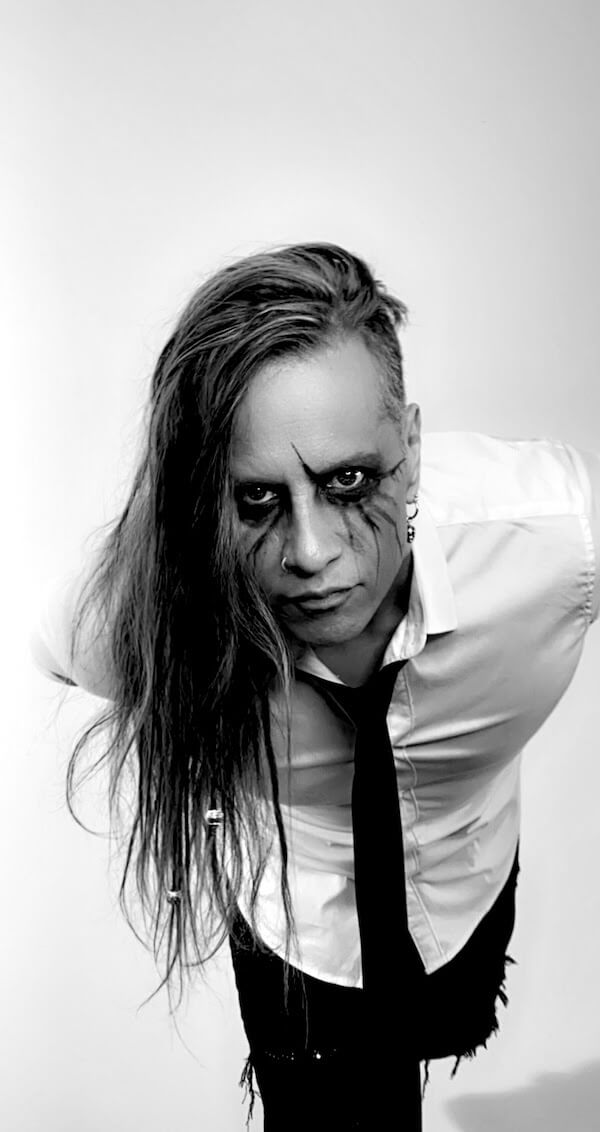 Quinn Gardener-Kane is best known as the charismatic singer of Australian funk/hard rock band, Defryme. Now, he returns with a new project The Black Skeleton, and will release a brand new single, The Ledge, via Golden Robot Records on the 28th of September.

The Ledge features an appearance from legendary Baby Animals guitarist Dave Leslie, and is a stunning and peerless melodic rock track.

“Dave gave me the music and I wrote the lyrics and melody for it in one afternoon. We had to work on it six months apart due to the Melbourne lockdown. We tracked the drums and bass in April and finished it in October of 2020.” – Quinn Gardener-Kane

With an eclectic collection of songs that partner so perfectly with each other, The Black Skeleton has created an EP’s worth of music that will soon be available through Golden Robot Records.

Quinn Gardener-Kane has been making what started as a fun journey of writing and recording with other super creative friends, into an emotive rock ‘n roll beast all of its own.

The Black Skeleton is a window to the inner thoughts and stories of Quinn’s life experiences; some dark and haunting, but always personal. The themes and depth of this collection of songs will resonate, provoke and have a different point of resonation with each listen.

Quinn has sought after and secured some of Australia’s most accomplished musicians to assist in the final recordings, and form the live band to showcase these amazing, kick ass songs. 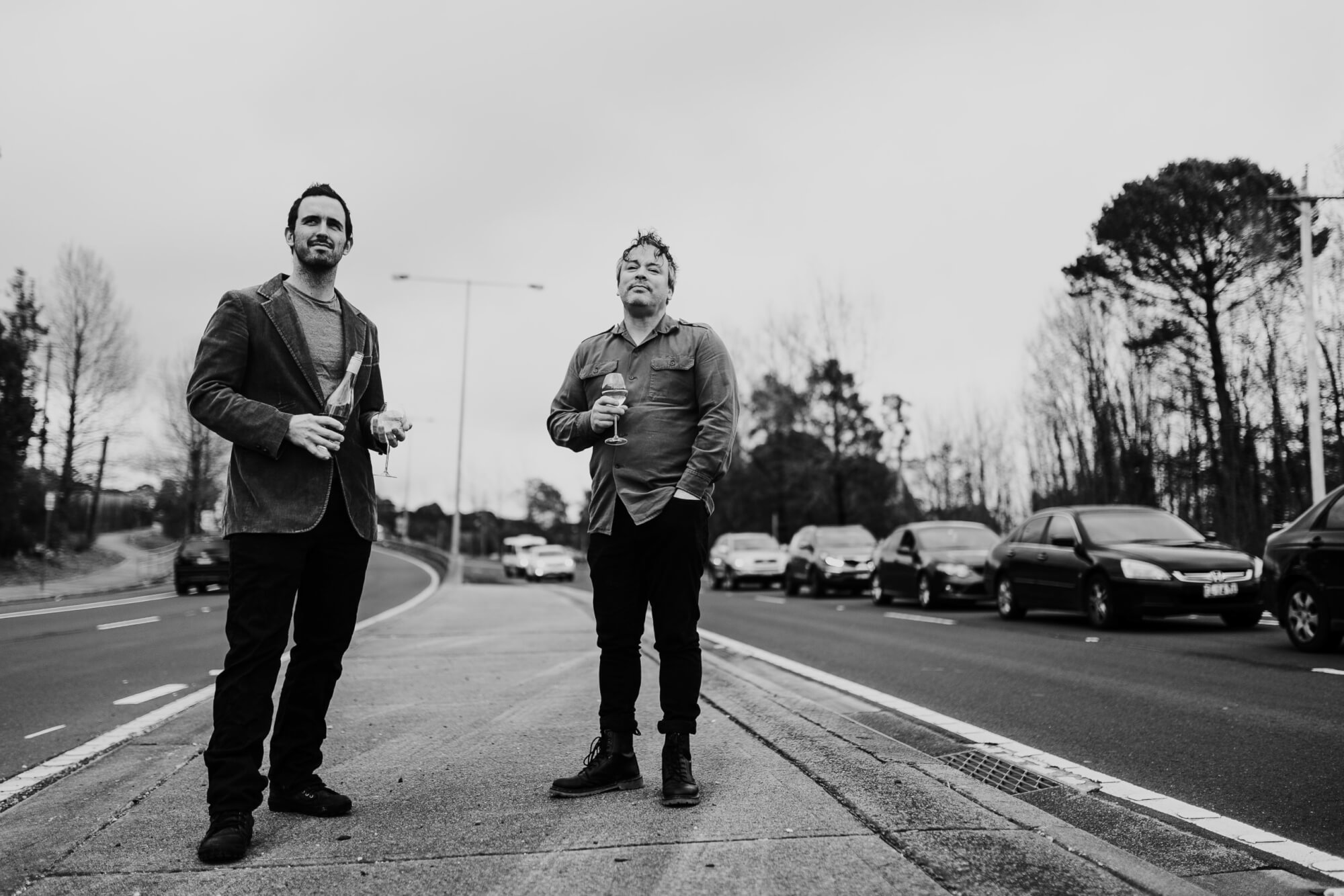 Cousin Betty are back with a brand new single New Dimensions, which will see the light of day on the 27th of September via Golden Robot Records. The single is another chunky stoner/desert rock feast.

Cousin Betty’s latest single is taken from their upcoming sophomore EP Overs. With heavy guitars and crashing cymbals, New Dimensions is an exploration and analysis of the diabolical sci-fi death cult, Heaven’s Gate.

The band released their previous five song EP Left in March this year and was highlighted by videos for the singles Drone, Tape Hiss and AWOL. You can watch the video for Drone below.

Cousin Betty’s Damien Stofka is a renowned guitarist and songwriter who has created riffs and written songs for Molten Universe, Death Mattel, LITTER and various other projects for the last fifteen years. Less interested in a standard line-up and the logistics required to be in a functioning band and inspired by the Desert Sessions, he spent his downtime compiling albums’ worth of material with contributing artists and performers he liked.

From these sessions, micro-bands would form to present these songs live; touring with bands such as The Psychotic Turnbuckles, Doc Neeson and The Lime Spiders – having also used their rhythm section to record with. While the recordings have featured several musicians, the core live line-up has comprised of frontman Matt Downey (Death Mattel) and rhythm sections comprised of Pat Walker (Ohms, Methusela), Tony Bambach (Lime Spiders, Aberration), Ged & Tom Corben (Lime Spiders) and Chris Drane (Cash Savage, Cherrywood). The line ups and shows have varied for each tour to include a DJ, visuals and themed stage sets. 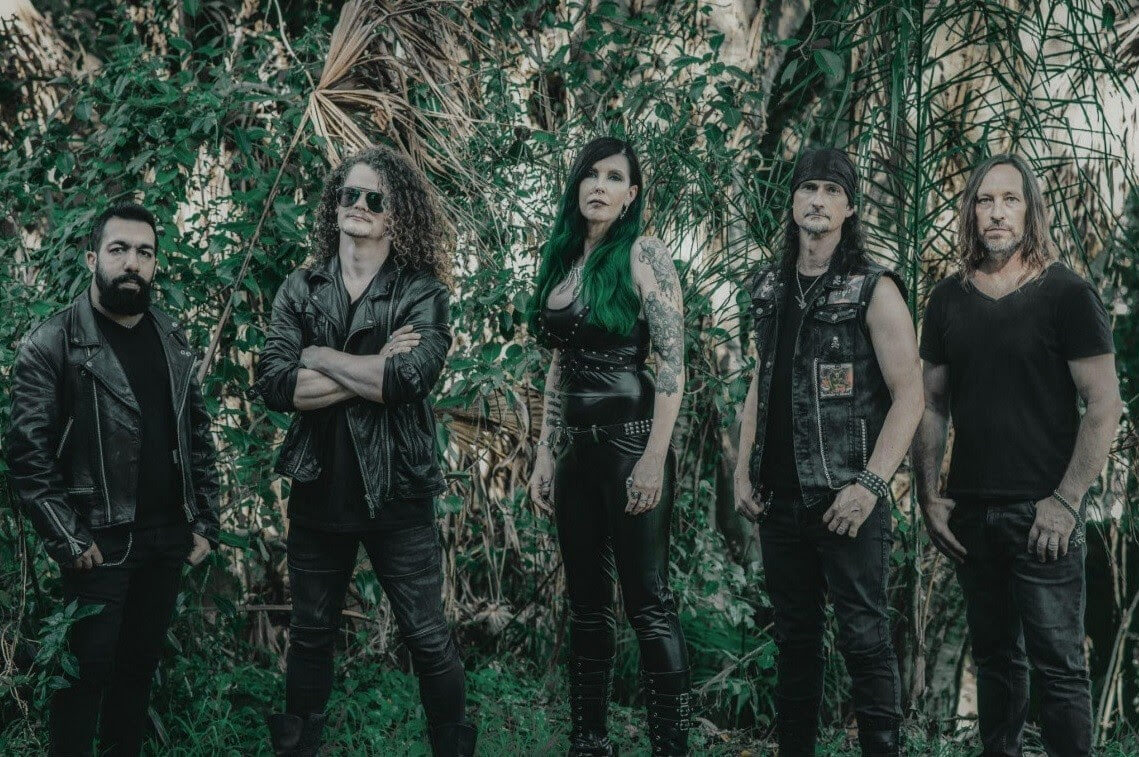 When Sydney was put in lockdown the Temtris crew had their tour for the latest album release, Ritual Warfare, cut in half. Instead of wasting time they pushed forward and decided to make a clip for the powerhouse opening track of the album, Race to the End.

Putting together the idea of filming each member playing the song on a green screen in their own home and piecing the footage together to make this killer track available for all metalheads to enjoy!

This track has been a favourite of radio stations around the world and with lyrics we can all relate to about life and time. It’s a fast paced track with a dynamic bolt of power/speed metal with a big catchy chorus and riffs that will stick in your head. As Sentinel Daily‘s very own Ferry Templeton said in his review of the album, “Temtris prove again on Ritual Warfare just what an accomplished, important band they are; if you’ve still not experienced their majesty yet, what are you waiting for?”. What indeed! 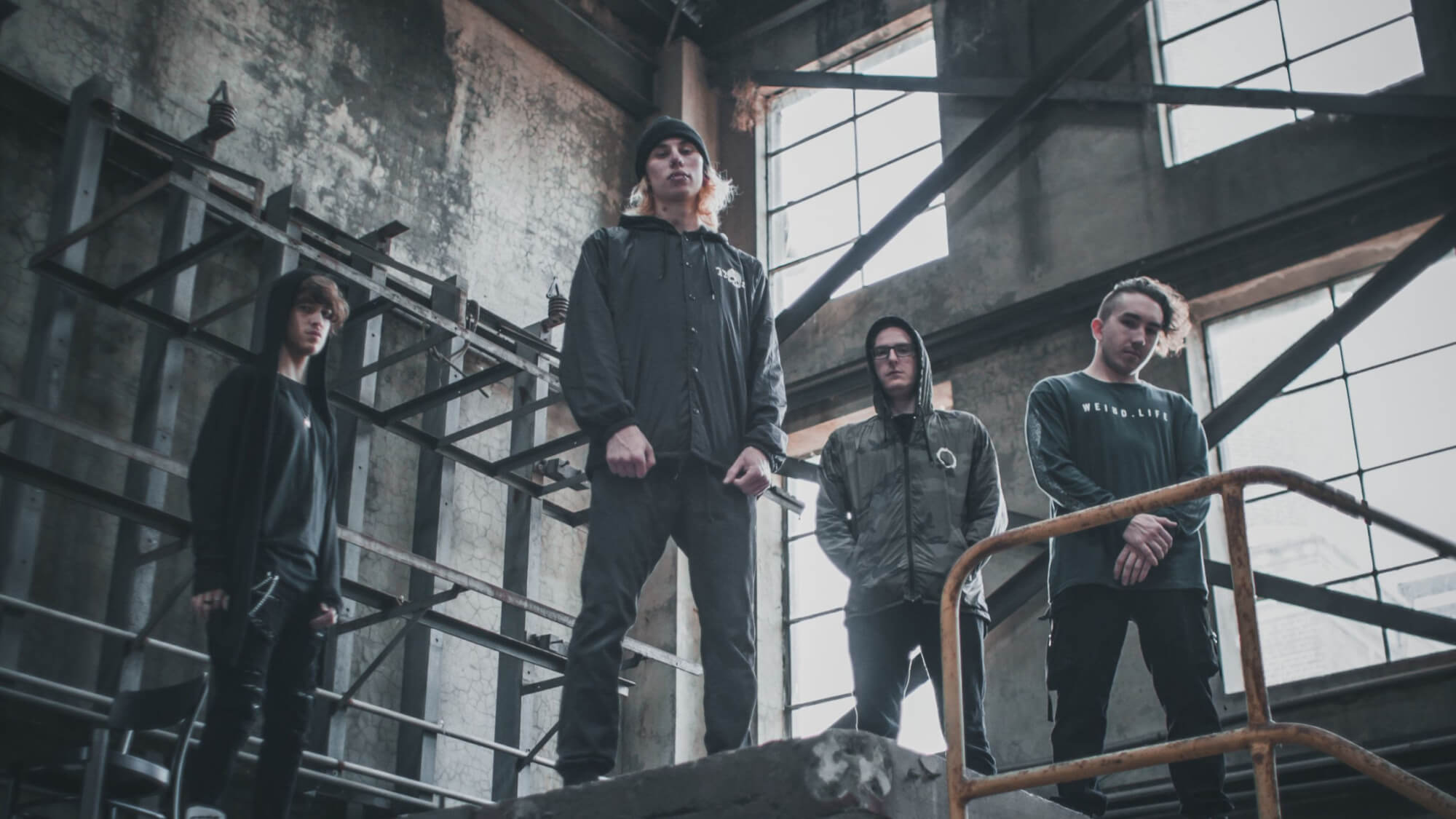 Sydney metalcore Veterans Together In Tragedy are back with their crushing new single Collapse, serving up a full spectrum of sonic assault with scathing riffs at an unflinching pace and attention demanding hooks. A ferocious amalgamation of heavy metal and djent, Collapse is a textured soundscape delivering moments of depth and cleverness that will warrant repeat listens.

This bold release projects the listener into a maelstrom of face-melting riffs, magnetic vocals, colossal melodies and bludgeoning breakdowns within the first five seconds. Masterfully layered in its sharpness and precision, Together In Tragedy, deliver an aggressive and introspective song that dances between grief, isolation and the stand-stillness stemming from imminent loss.

Vocalist Alex Woollams on the new single: “The single Collapse is scrambling to save something or someone amid everything falling apart, near beyond the point of return. This release is a progression of sound while still retaining core elements of what makes us recognisable. The song has more riffs than our previous work and a powerful chorus this time around yet doesn’t sacrifice any of the aggressive groove we’ve forged in the past”

No strangers to the Australian heavy music scene, Together In Tragedy have established themselves as one of the finest metalcore acts which has landed them in Homegrown & Heavy, Brutal Breakdowns and New Metal Tracks Spotify Playlists. The band has returned with a highly anticipated follow-up Collapse that is sure to take Together In Tragedy to new heights in the Heavy Music Realm. 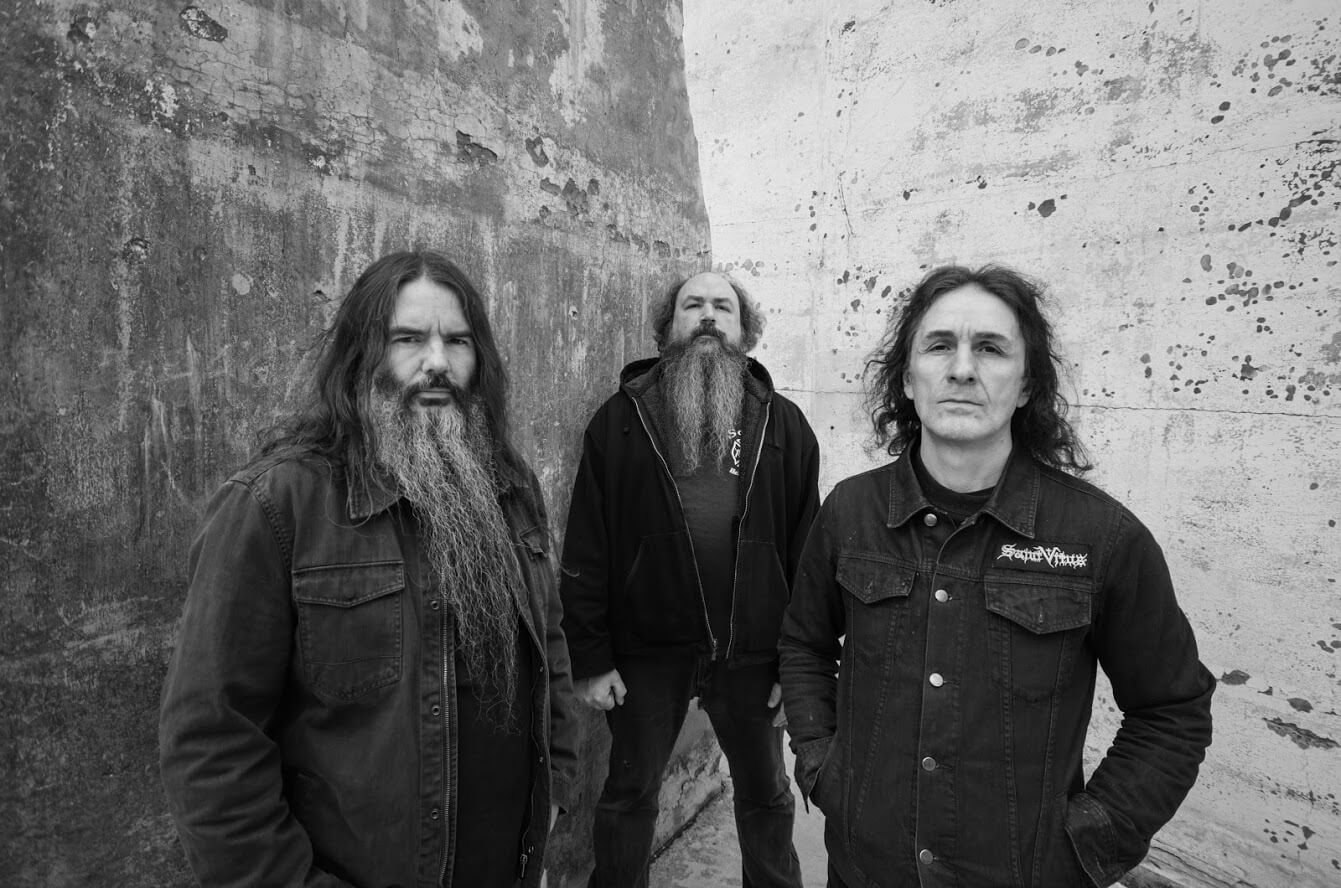 Canberra’s Witchskull have released the AC/DC cover Sin City as the first digital single taken from Best of AC/DC, a companion volume to the forthcoming Magnetic Eye Records Redux series instalment Back in Black [Redux], which are both scheduled for release on December 3.

‘Skull drummer Joel Green comments: “Growing up in the seventies in Australia, Marcus (De Pasquale, guitars) and I, like all kids our age, were exposed to AC/DC very early on from watching Countdown on TV. They were so different to the other Oz bands like Sherbet and Skyhooks who we always thought were terrible. AC/DC were more feral and dangerous looking and sounding. Tony (McMahon, bass) is from New York and he felt the exact same way as us even though it took a few years later for them to get known overseas. In 1978 my dad bought Powerage and sat my Brother and I down and explained that they were a really important band and we needed to listen to them. So they were always part of our lives growing up. Unfortunately, we were only ten when Bon Scott died so we never got to see the band at their peak. I’m always talking to blokes ten years older than me asking if they saw them with Bon, and it’s amazing how many did. I refused to see them in the late eighties when Phil Rudd wasn’t in the band. He’s my favourite drummer of all time so I’m glad the six times I’ve seen them were all with Phil and Malcolm Young. For me personally, the Bon-era AC/DC is the greatest band in history and can never be topped. Powerage is the favourite album for all three of us, so to record a song for this album is a huge honour. I hope we did it justice!”