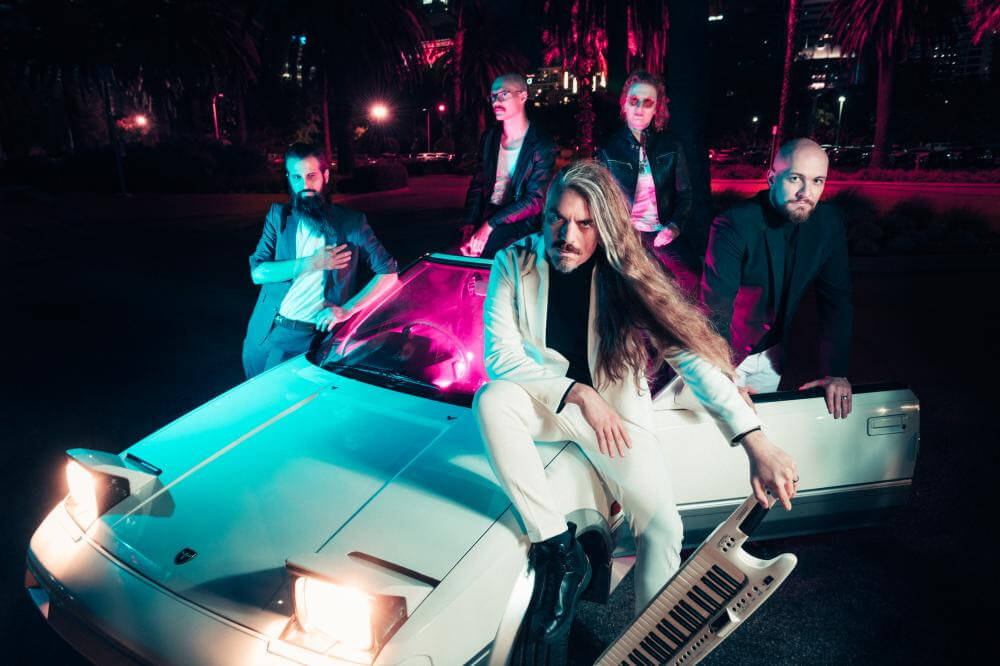 In late 2021, Perth prog/pop sensations Voyager announced that they officially were launching their tilt towards becoming Australia’s choice for Eurovision. They will take part in Eurovision – Australia Decides on February 26 2022 on the Gold Coast in Queensland – and have now announced they are unveiling the video and song that they will be performing!

The new single is titled Dreamer – and what a dream it is – the band having been petitioned for years by fans to Eurovision’s Australian contingent to have them represent the Green and Gold! The new single will was released on Friday January 21 and can be viewed in video form below!

Danny Estrin, who supplies Vocals and Keytar for the band, thanked fans and Eurovision in late 2021, calling it a lifelong dream. He said about the new single “As humans, we tend to look to the stars and glorify what could be. Simply, Dreamer is about looking at the here, the now and valuing what we have around us. Especially over the last two years, hopes and dreams vs the tiny locked down bubble we live in has been a constant push and pull… It’s good to be a dreamer, but the grass isn’t necessarily always greener. We’re bringing this track to ‘Eurovision – Australia Decides’ as our official entry and we can’t wait to finally be on stage again!”

Estrin himself has been extremely busy as of late, wearing both of his professional hats – as both a multilingual Lawyer by day and Rockstar by night! He was most recently seen on BBC World News talking about the Novak Djokovic case and also chatting with the West Australian Newspaper about Voyager’s Eurovision hopes!

It’s time for Australia to decide, and Voyager is ready!

Watch Voyager compete in the live TV Final which will be broadcast exclusively (In Australia) on SBS and SBS On Demand on Saturday 26 February.

BLINDED BY HOPE
Blinded By Hope is the solo project of Australian musician Mitch Castell. Blinded by Hope began in October 2020, with the aim of creating unique and powerful music, fusing together elements of alternative and progressive metal.
Blinded By Hope’s guitarist, singer-songwriter and producer Mitch was born in the UK and then moved to Adelaide in South Australia when he was four. The inception of Blinded By Hope has provided Mitch with a creative and cathartic outlet, allowing him to unleash and express himself through song.
Following the release of Blinded by Hope’s first album Chapter 1: Awakening on 21 May 21, Mitch is set to launch Blinded By Hope’s second album We Are, a conceptual and cohesive collection of songs that sound like no other.

The first track to be taken from the new album, Messiah Liar, can be viewed below in video form, and the album is set for release through Italy’s Wormholedeath Label on February 18th! 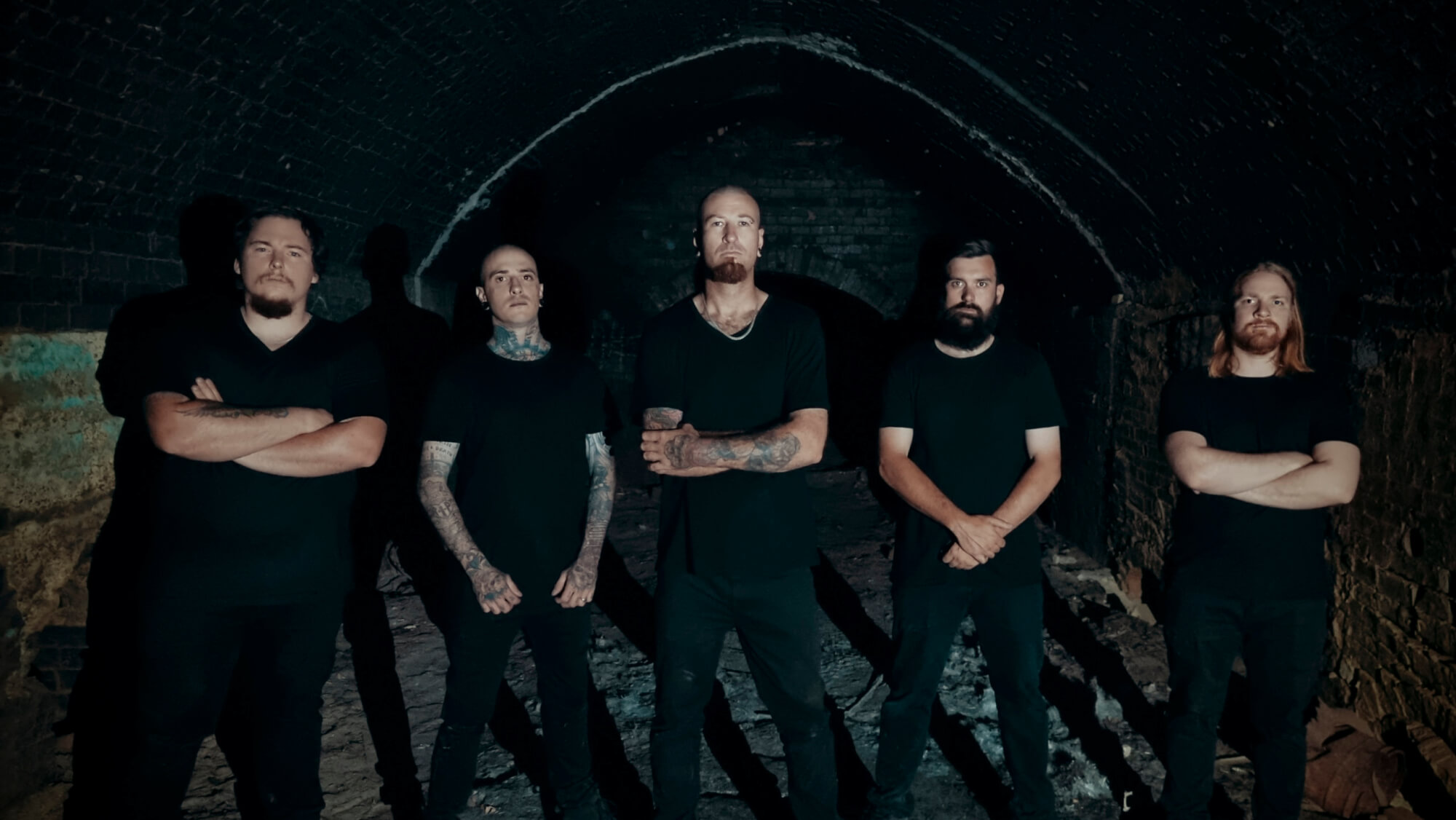 Perth rising metal stars Infinite Exile kick off 2022 with a brand new song War Is Here. The new track is indicative of a heavier direction from their previous material, delving further into the bands unique sound, constantly evolving and never once following a trend.

Heavily inspired by nineties thrash and groove metal, the band draws inspiration from Pantera and Machine Head, blended with modern progressive elements and mixed in a way that gives the music a unique and timeless sound. Tight eclectic rhythm guitars, groovy intricate basslines, and explosive drumming, all combining to create the backdrop for aggressive and saturating vocals.

On the new song, the band comments: “War Is Here is us at our fastest and most aggressive. 2022 is a new era for the band, we’ve never been more focused and determined, and we really wanted to come out of the gate swinging with a statement piece that encapsulates what a lot of us are feeling right now with the current political climate worldwide. There’s so much anxiety, confusion and division, and this song speaks about that, and we believe it succinctly portrays our thoughts and feelings on the subject”. 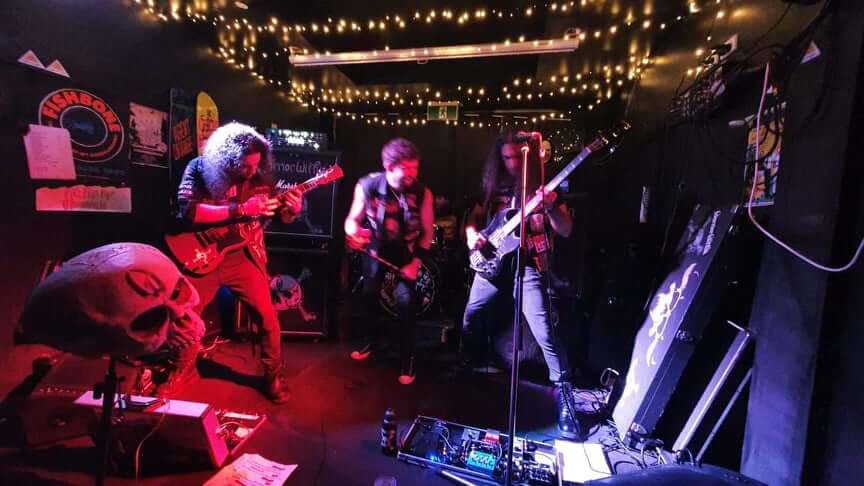 Warrior Within are a thrash and speed metal band hailing from the Sunshine Coast in Queensland, Australia. Warrior Within are working hard to unleash their pummeling and vicious brand of metal upon Australia, and the world at large.

Comprised of Scott MacIntyre on vocals, brother duo of Tass Hadoulis on guitars and Toli Hadoulis on bass and Tom Johnson on drums. Warrior Within have been brutalising crowds with their energetic live shows all over Queensland, but now have their sites firmly set on conquering Australia, and then the world. Warrior Within are making heads bang near you because they love it.

The band have unleashed three singles – Opus, Stronger Than Death & Time and Persist, of which they have the following to say by way of explanation…

Opus: “is a stomping pulsing thrasher that leaves you with a sickly grin! Opus was written by Toli and was inspired from his frustration with current global natural environmental issues. Fully remastered and remixed now with a lyric video, now bigger & better than ever!”

Persist: “was written by Anastasios Hadoulis & was inspired from the frustration of life’s hurdles getting in the way of writing & performing music”.