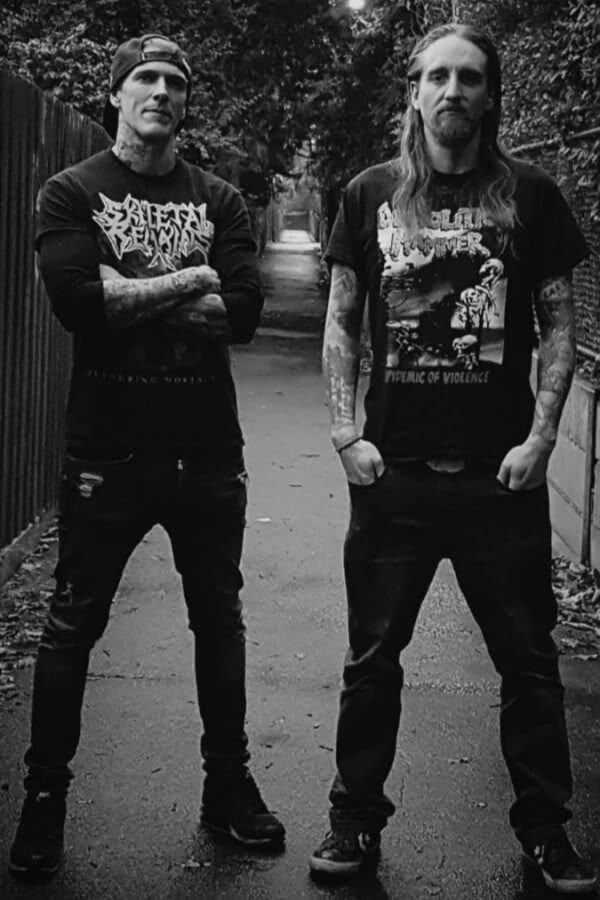 Bitter Loss Records is proud to announce the signing of Melbourne-based thrash/death-metal duo Battlegrave for the release of their second album Cavernous Depths, which is now scheduled for release on June 30th on vinyl, CD and digital.

A music video for leading single and title track Cavernous Depths can be seen below!

Pre-orders and more audio samples will be revealed soon.

Battlegrave is a thrash/death-metal project formed in late 2016 by Patzel and Buntine, two great friends with a long-standing passion for metal music. It is an artistic outlet to create music together while honouring the aggressive thrash and death metal bands that the members grew up listening to. The original goal was to write one song, which turned into the To Hell With War EP in 2017. After receiving strong reviews, the debut full-length Relics of a Dead Earth was written, recorded and self-released in November of 2018. The album also garnered some enthusiastic reactions and after more than three years, Battlegrave are back, and they sound more aggressive and furious than ever before.

Displaying the artwork of renowned artist Paolo Girardi, Abysmal Misfortune is Draped Upon Me was recorded by Brendan Auld at Black Blood Audio and mastered by Arthur Rizk and  sees the quintet delivering a devastating, bleak and devilish death-doom that is reminiscent of early Paradise Lost and Hooded Menace. Pre-orders will be announced soon. 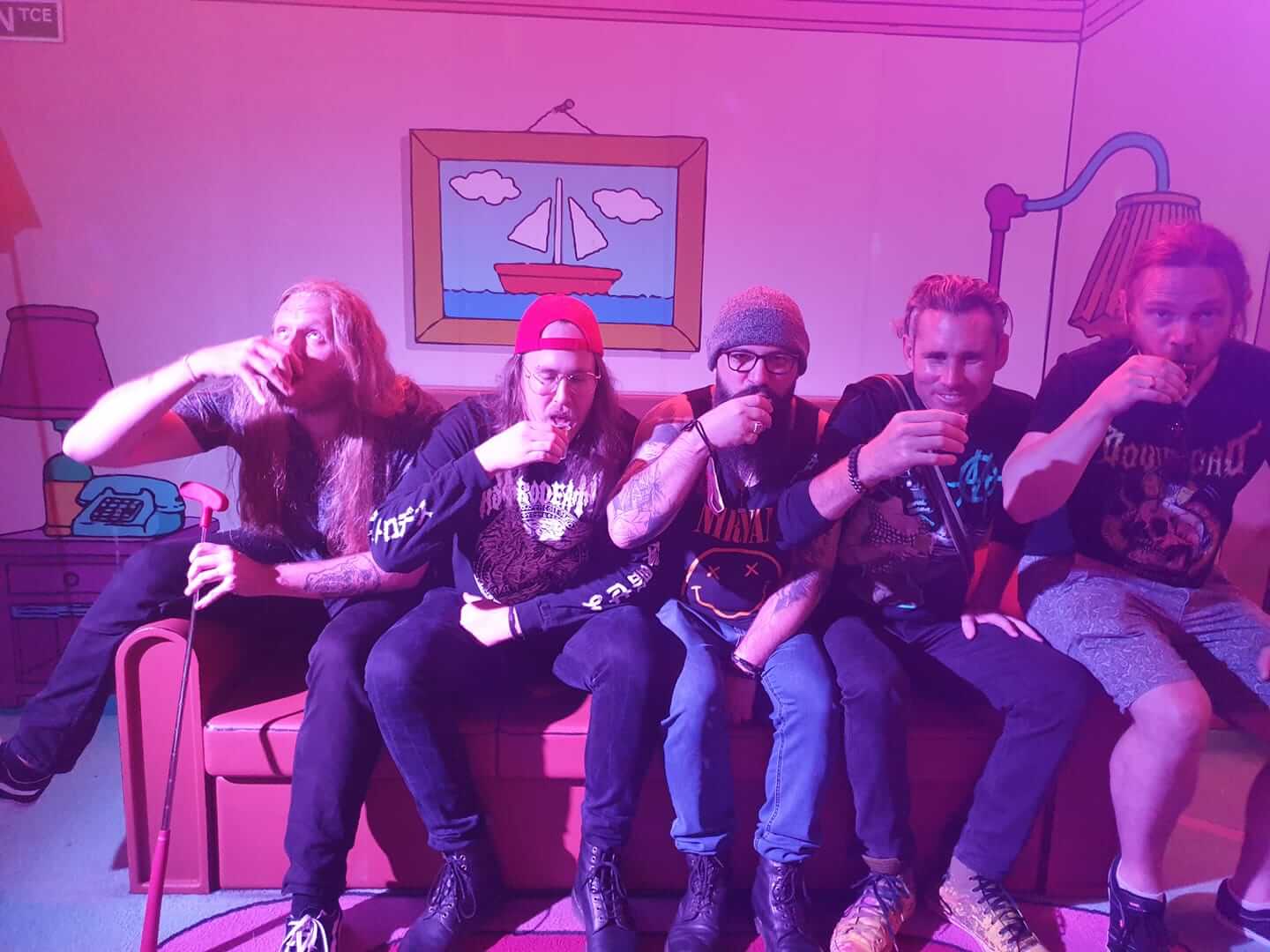 Brisbane based Armageddon Hard Rock band Gutterfire! have signed a licensing deal with Wormholedeath Records for the reissue of their album Chill, which is due for re-release on March 4th, 2022.

Speaking of the upcoming release and the signing, the band explains: “The Gutterfire! Camp is incredibly pleased to be signing with Wormholedeath. We made them work for our trust, but work for it they did and we’re moving into this arrangement with confidence and excitement about what the future now holds. Carlo and team are all about the artists, and their genuine enthusiasm for what we’re going to do together is palpable and contagious.
We do everything we can to be the hardest working band around and this album Chill was no exception, so to have Wormholedeath represent it internationally is exactly the right fit. From the moment we began writing it, the way in which our wildly different influences (from Smashing Pumpkins, to Queens Of The Stone Age, to Converge) somehow stitched together perfectly became immediately apparent. This afforded us the opportunity to explore a diverse range of ideas, but with the connective tissue of doom, desert rock and metal influences (such as Kyuss, Red Fang, Sleep & Machine Head) that we all share.

We were also fortunate enough to find Brock Weston as our producer, who got us in a way few do, and was able to help us tie all of that chaos into a cohesive album. We also lucked onto Michael Lynch, who after two test tracks, went away and mastered the whole album perfectly. It shouldn’t work but it does. We’re immensely proud of it and can’t wait for it to make its way around the world via the Wormholedeath team, who we’re confident also understand this beast. Chill is a diverse musical journey reflecting the “end of days” vibe the whole world is feeling right now, as accentuated via our mascot The Doomcock who graces the front cover.” 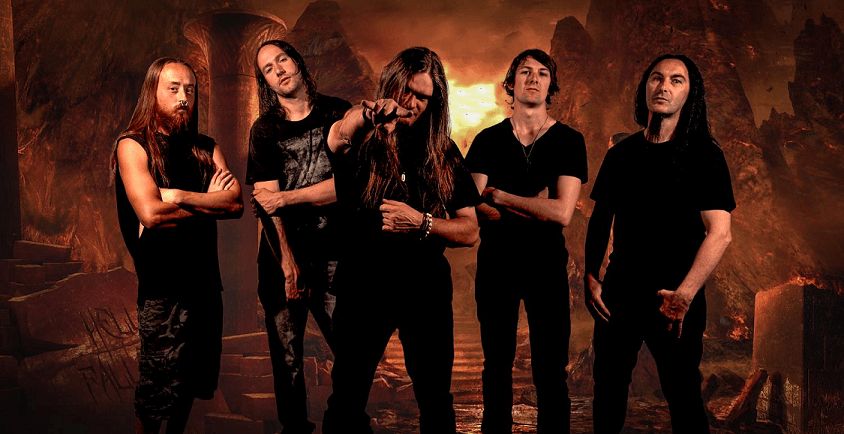 Melbourne thrashers Incrypt have announced that they will release a new album, Thrashing Extinction, through Wormholedeath on February 25th!

The focal point for the band in approaching the making of a new album was to create a thrash metal album for Incrypt’s audience as well as a wider thrash metal fan base. The band’s style is very much distinct with small pockets of early thrash musical influences; the feel is unique, and more focused than previous albums by Incrypt. Front man Mars Vali explains how his big desire to go back to the root system derived from medium paced thrash and an early don’t care attitude as a must and passion for the relevance of the genre that continues to stand out the test of time.

The album is a truly edgy, magnificent display of the band’s musical melody and toughness; however they have thrown a metal Anthem into the mix – Stars Of The Southern Land – which is very much ‘Australiana’ in feel and all about the band’s slaving away playing metal across Australia… already this has the feel of a stand out track! Also included is a punk style song all about drinking and partying called Chaotic Freedom Remains… you know we all need one of those in every epic metal album.

The band have even slung in a real life ghost story called Ghost Hour Chimes for your enjoyment… To sum it up – Thrashing Extinction contains ten knockout tracks by these legends formed in Melbourne, Australia, in 1996 – it’s an all-round top shelf Aussie thrash metal!