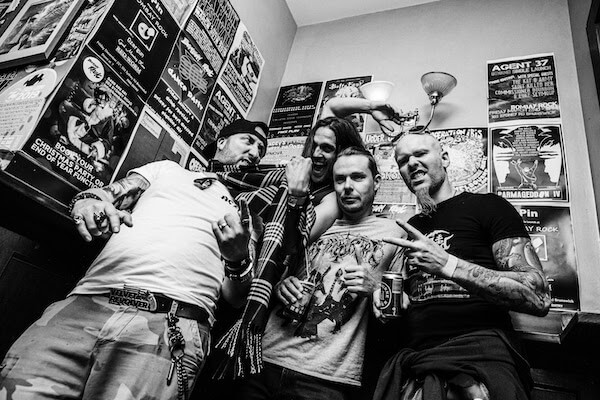 After a string of successful singles that gathered global interest, Melbourne based rockers Shotgun Mistress released their debut self-titled album in July 2021 on Crusader Records and was met with strong critical acclaim brandishing monster arena ready tracks such as Glorious Machine, Collide and Bleed Me Out. The album was so good it managed to take out the #6 spot in Sentinel Daily‘s Top Ten Australian Albums of 2021 Rundown…

Keeping things rolling in 2022, Shotgun Mistress are set to release a sensational unplugged version of the hit ballad, May She Never Walk Alone from that self-titled album, on March 15th, with Crusader Records again doing the honours.

May She Never Walk Alone describes the transience of life, exquisitely portrayed in a heady and dynamic ballad. While harnessing the expressive tonal colours of a string section, this masterful track mixes eloquence with a dash of spirit-fuelled raw energy. May She Never Walk Alone is painfully poignant. For the fallen who we all know, and for those we don’t.

Have a look at the original version of the track here… 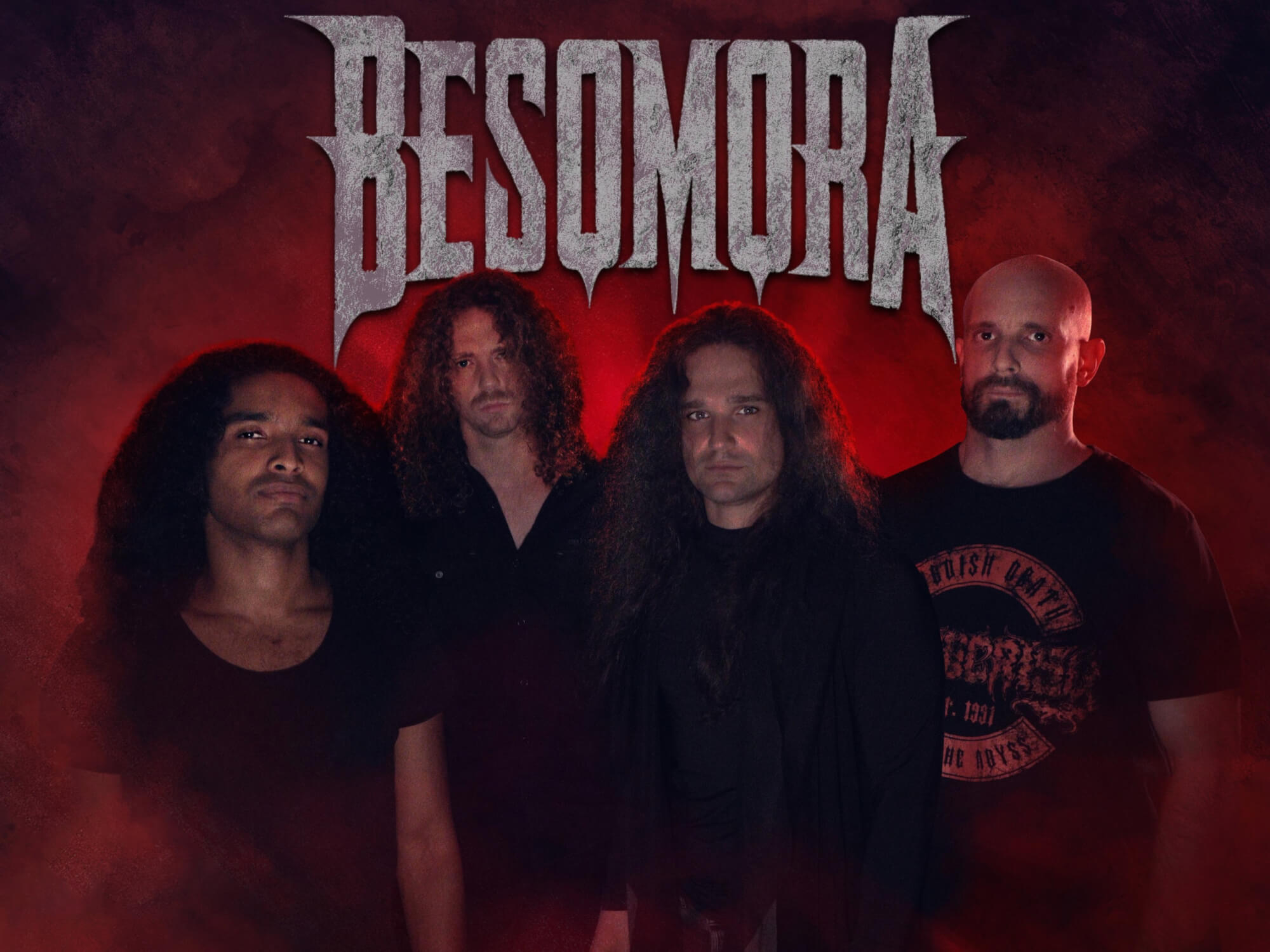 The single comes along with an amazing high-end video, which you can check out below!

Besomora was founded by Russian-born Vladislav Martynov and Croatian-born Daniel Zolotic in February 2021 as a Covid-19 project; the band is now a fully-fledged Sydney-based four-piece!

The name Besomora is derived from Slavic mythology and draws inspiration from dark spirits and demons which Besomora says is a direct representation of the imagery they wish to portray and a reflection of their music. The band’s deep ties to their Eastern European background and their interpretation of melodic death metal are a refreshing and hard-hitting medley of all that is traditionally right in the melodic death genre. Vlad and Dan have a very clear direction and an extremely high standard for what they want to produce with the band.

Besomora has been working hard on their social media campaign, promoting themselves with regular updates on their progression and development as they worked towards the release of their second single, this new cover of Kiss’ I Was Made for Lovin’ You. To accompany these updates are a promotional shoot and teaser clips of the band recording the single’s music video, showing off their polished and professional approach to their art. The second release couldn’t come quickly enough after the metal community’s response to their first single Disgraced, which within two weeks of the July release picked up traction around the world, with the band clocking up eleven thousand views of the song on YouTube and airplay on multiple radio stations including UK Hard Rock Hell Radio’s show, Dark Compass.

Besomora has only recently started doing live shows due to the Covid-19 Global pandemic; However all four members are exceptionally talented performers and it will be just a matter of time before the band makes a name for itself on the live circuit! 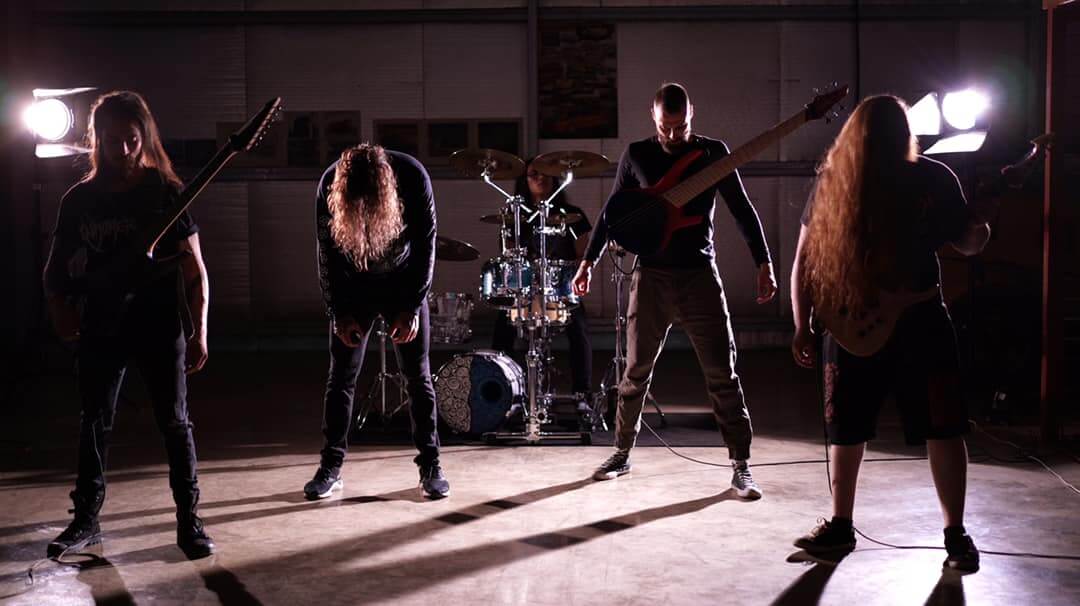 Mixed and mastered by Ryan Huthnance at Emissary Studio and featuring 66Samus (Decrepit Birth, Goatwhore, Abigail Williams) as guest drummer, Rebirth sees Blade of Horus razor-sharpening their technically proficient and skull-crushing death-metal sound without losing none of the brutality present on previous efforts.

Founded in 2013 by guitarists Ivan Ellis and James Buckman and vocalist Eric Jenkins, Blade Of Horus have released an EP titled Monumental Massacre in 2016 and a full-length album titled Obliteration in 2018 to widespread underground approval.

The band’s debut album allowed them to embark on their first international tour in 2018, playing throughout Europe for four weeks along with Wormhole and Vulvodynia, as well as marking presence on some major festivals.

The band are currently working on new material tentatively for a new album, but in the meantime will release some new singles in the coming months.

Retaliate, the latest track from Adelaide’s Echoes In Eternity, is set to explode a few eardrums from the 25th of February.

The brainchild of acclaimed songwriter and guitarist Aidan Cibich of Apophis and ex-Double Dragon vocalist Lee ‘Liggy’ Gardiner, the dynamic duo have been joined by drummer
Andrew Parkinson (Blood Covered Shovel, Officer Down and In:Extremis), bassist Jason Moon (Double Dragon and Acid Wolf), and multi-award winning Pacific Island artist Elena Baravilala as backing vocalist. Now with their line-up complete, the Echoes in Eternity crew are proudly displaying their late-nineties influence with Retaliate, which features the machine-gun rhythm section of Moon and Parkinson, underpinned by syncopated, razor sharp riffage from Cibich, and topped with Gardiner’s thundering vocals.

Vocalist Lee Gardiner explains that lyrically the song is a call to retaliate against the scourge of depression, anxiety and mental health issues plaguing our socially networked society today. “It’s a reminder to fight the internal barriers we place on ourselves, to not surrender to apathy and acknowledge that choosing life can be a fight for some,” he said.“If that’s you, we want to encourage you to retaliate against those barriers and fight with all of your might.”

The group has prodigiously released new music over past few months to rave reviews, including a recent tweet from metal legends Fear Factory calling the previously released EIE track a “Killer F@#%ing song”. With the release of their debut full-length set for 22 April, Echoes In Eternity are poised to become a firm favourite with metal fans far and wide.