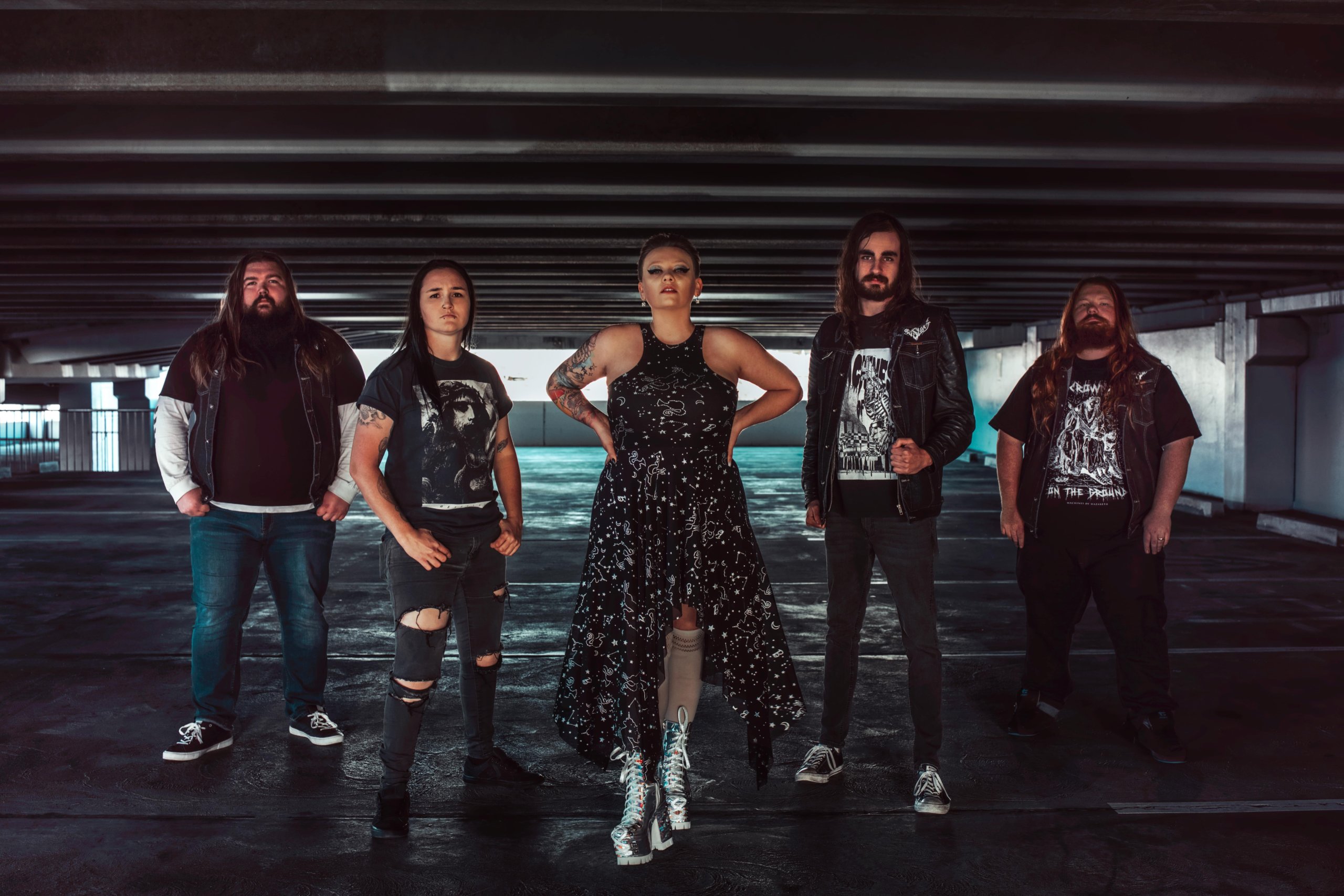 Representing a bold and assertive new direction, Icarus Lives are taking no prisoners with Secret Keeper. Showcasing a tantalising blend of traditional metal and melodic rock elements, the band is unafraid to explore drama, angst and vulnerability amongst the flurry of ferocious riffs, monstrous solos, catchy melodies and a pummelling rhythm section.

Secret Keeper also unveils the groups new vocalist Aria Scarlett whose multi-octave vocals shine through the crushing heaviness like shards of explosive power; juxtaposed by Bassist Chris Aylings’ magnificent rapid-fire gutturals to create an emotive call and response dynamic. Exploring the stages of grief and the insidious isolation that comes with the territory, the group bares it all in hopes to connect with others who may feel the same hopelessness.

Vocalist Scarlett speaks on the new single: “Lyrically and vocally, Secret Keeper exists somewhere in the nine stages of grief. Quickly traversing denial and anger before settling in guilt and bargaining. There is no neat conclusion because a fact of life unfortunately is that there so often isn’t. We have to learn to live with unanswered questions.”

Following a successful release of the band’s debut album Vantablack (2017), singles Collision of Counterparts (2019) and a cover of Bonnie Tyler’s iconic Holding Out For A Hero, Icarus Lives have performed alongside heavy metal royalty Pain, toured Japan with The Agonist and Cellar Darling, and delivered their unique melodic metal flavour to hungry audiences on their Australian tour. With the addition of their electrifying new frontwoman Aria Scarlett and a new EP on the horizon, Icarus Lives are ready to cement their name in the heavy music realm. 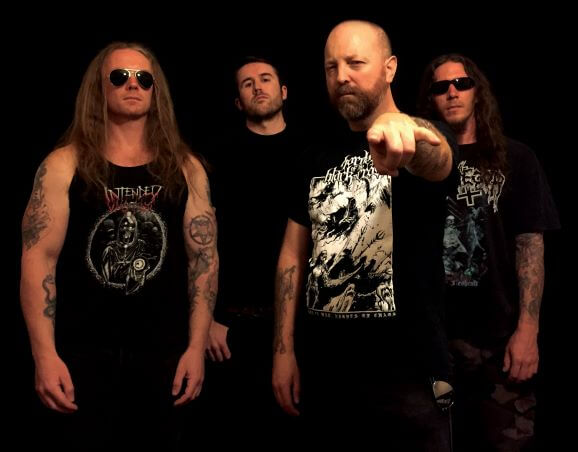 Long and winding are the roads of creation. It’s been a thirteen years long wait between the debut album From Hell and the upcoming second album by Australia’s Beyond Mortal Dreams. We can now loudly proclaim, the second album Abomination of the Flames has arrived to unveil one of the best kept secrets of the, not-only Australian, death metal scene. The band did not get stale over the course of time, not at all; it is bound to explode and destroy at the forefront of what is the present and future of this style.

Seven are the songs on Abomination of the Flames, seven are the obscure realms of ascending devastation through which Beyond Mortal Dreams navigate flawlessly. It’s a grand tour of, at times, cinematic proportions. The complete output is as bestial and brutal as it is elaborate and intelligent … and everything in between. The eagerness to explore, destroy and conquer in order to create has prevailed and strengthened in BMD. Composition has a prominent spot on the album and ensues the devastation hits on the most profound levels.

Inside their music, the band genuinely interweave thick, lava–like production, mammoth riffs, sinister grooves, galloping bestial black/death elements, atmospheric synths and solos. In fact, we can witness three decades of top-tier influences, musical experience packed and put under revitalising perspectives. It’s extremely difficult, or say rare, to process and create something of this size. The guitar solos are another important aspect of the band’s essence, always have been. They are a transcending element with depth, not a plain show off. The presence of synths in the music can not be omitted either as it adds on some truly elevating vibes forming another crucial layer in the band’s music in order to guide the listener into those otherworldly spheres beyond the mortal dreams. There’s beauty in things dark, did you know? Abomination of the Flames is a complete, senses-saturating, imaginative experience. A set of really powerful, majestic hymns of desolation have been created.

And so there it stands, a genuine, forty minutes long record forged from the finest ingredients translated into one exquisite, massive slab of death metal which resides in its own sphere. One can’t reinvent the wheel but can use the wheel and have an incredible ride that can appear familiar but when it’s over it just feels like no other trail before. Death metal has not been this incredibly heavy, articulate and savage as well as atmospheric in a long time. The album you have in your hands is not a stylization of the current hey–day, it is a result, an authentic effort which took many years to grow and mature into what we can hear now.

Fans of death metal, new and old, light-up the fires, the time to meditate in flames has come. 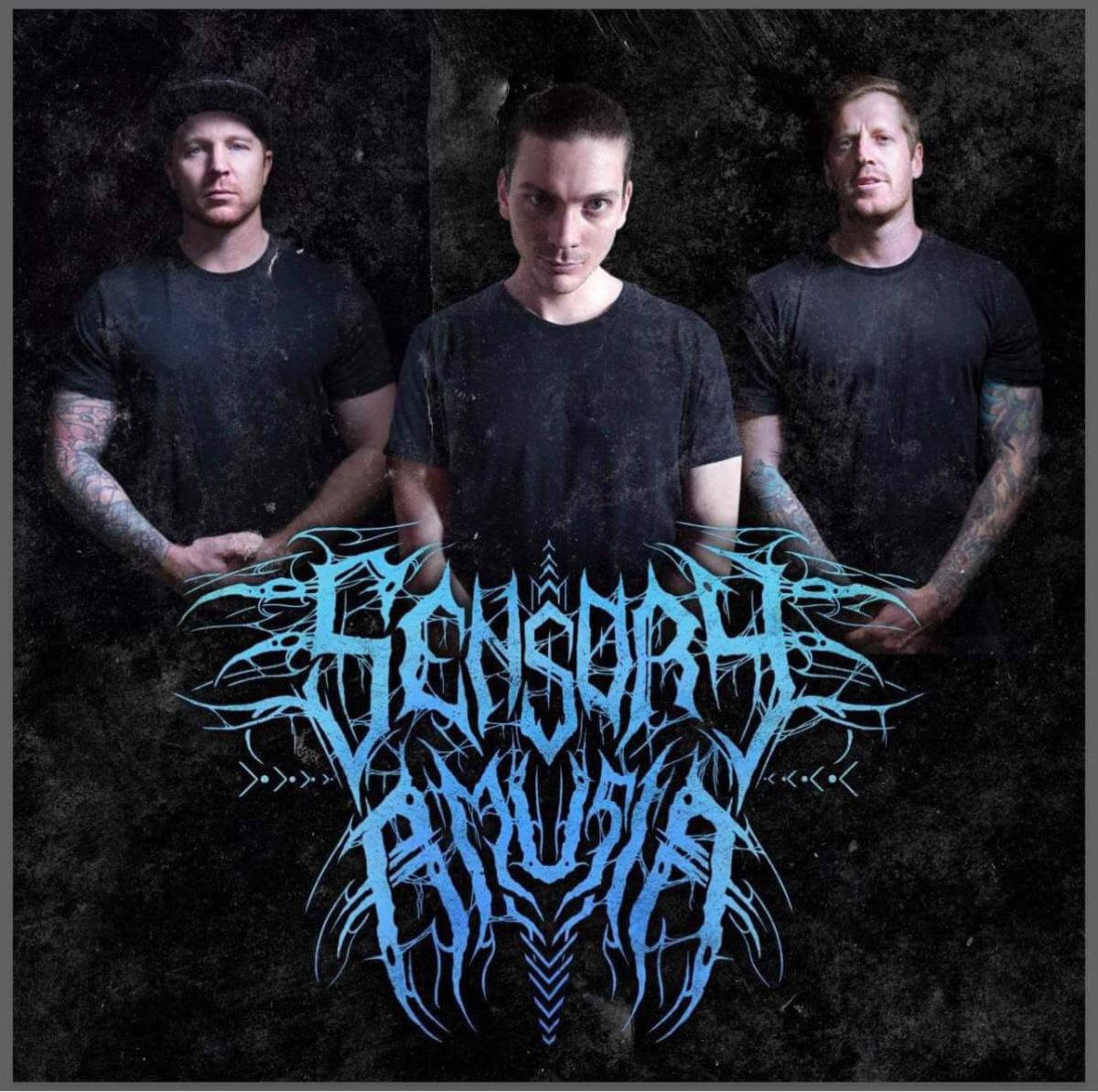 The band represent the vanguard of heavy music for the modern era. Showcasing supreme chaotic death metal with elements of hardcore and grind such as Dying Fetus and Misery Index. Razor guitar riffs, insane blast beats and violent vocals unleash an onslaught of misery and devastation. Sensory Amusia’s is a modern take on death metal.

The band released the following statement concerning the upcoming album:”Breed Death is about a disgust for the worst side of humanity. It is the negative and hateful feelings you suppress deep inside in order to function and live a normal life. We wanted to unleash the beast. Our previous releases In Extremis and Bereavement were about the fragility of life and death, and later accepting and living with death – inspired by our personal experiences. Breed Death is the final hell, portrayed through a fictitious character’s slowly decaying mind.” 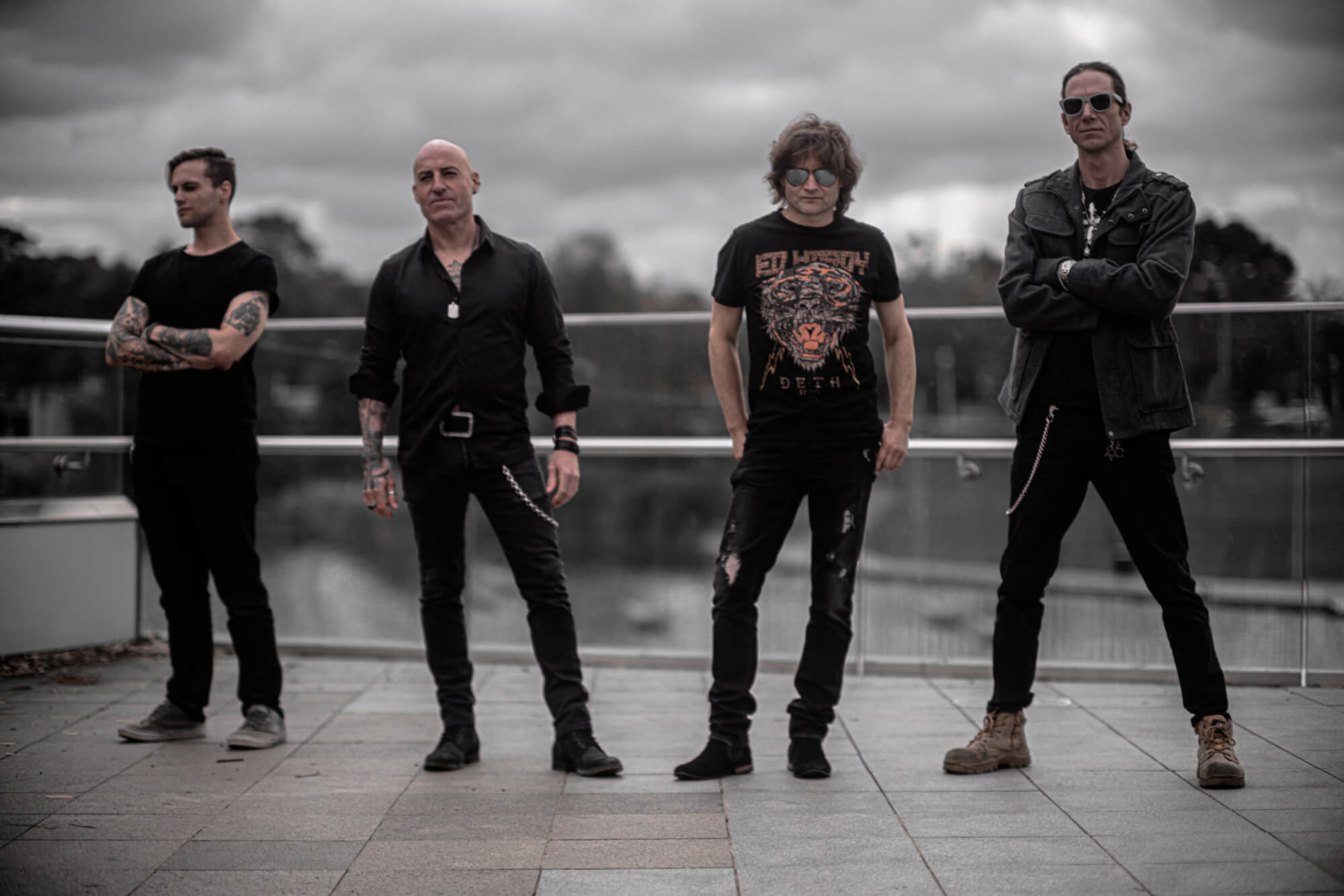 Audio Reign, in conjunction with label MR Records, announces the March 17th digital release of the repackaged ‘International Deluxe Edition’ of their self-titled album Audio Reign with a brand new single Angel. Angel is available now to purchase and stream. The physical release of the album will occur on March 31st.

Although Audio Reigns’ self-titled debut album release was well received in Australia, MR Records believed this album was a powerhouse and deserved world recognition. As such, the album has been completely redesigned and repackaged as an ‘International Deluxe Edition’ with some brand-new bonus tracks for world release 2022.

The album already boasts some explosive singles like Betrayal, a hard rock tour de force. Hard-hitting and relentless, it sets a musical and lyrical tone that is abundant throughout the album: raw emotion and undiluted power. Vivisecting an act of treachery, the song casts a stark light on a shadowy deception, delivered by the unmistakable voice of frontman/guitarist Jake Fleming. Driving his vocals like a battering ram; the irreplaceable legion of Alek Dyrynda (lead guitar), Ash Lovett (bass) and Dieter Schoell (drums).

The release of Audio Reigns ‘International Deluxe Edition’ sees a brand-new single emerge into the light. Angel is a truly authentic hard rock ballad which begs an answer to a declaration of love. This heartfelt offering once again harnesses the raw emotion of the band and delivers the dynamics and spine-tingling heights that you would expect from such a song. Although the ‘International Deluxe Edition’ will release a radio edit of Angel, the band are currently working on another album which will contain the full album version.