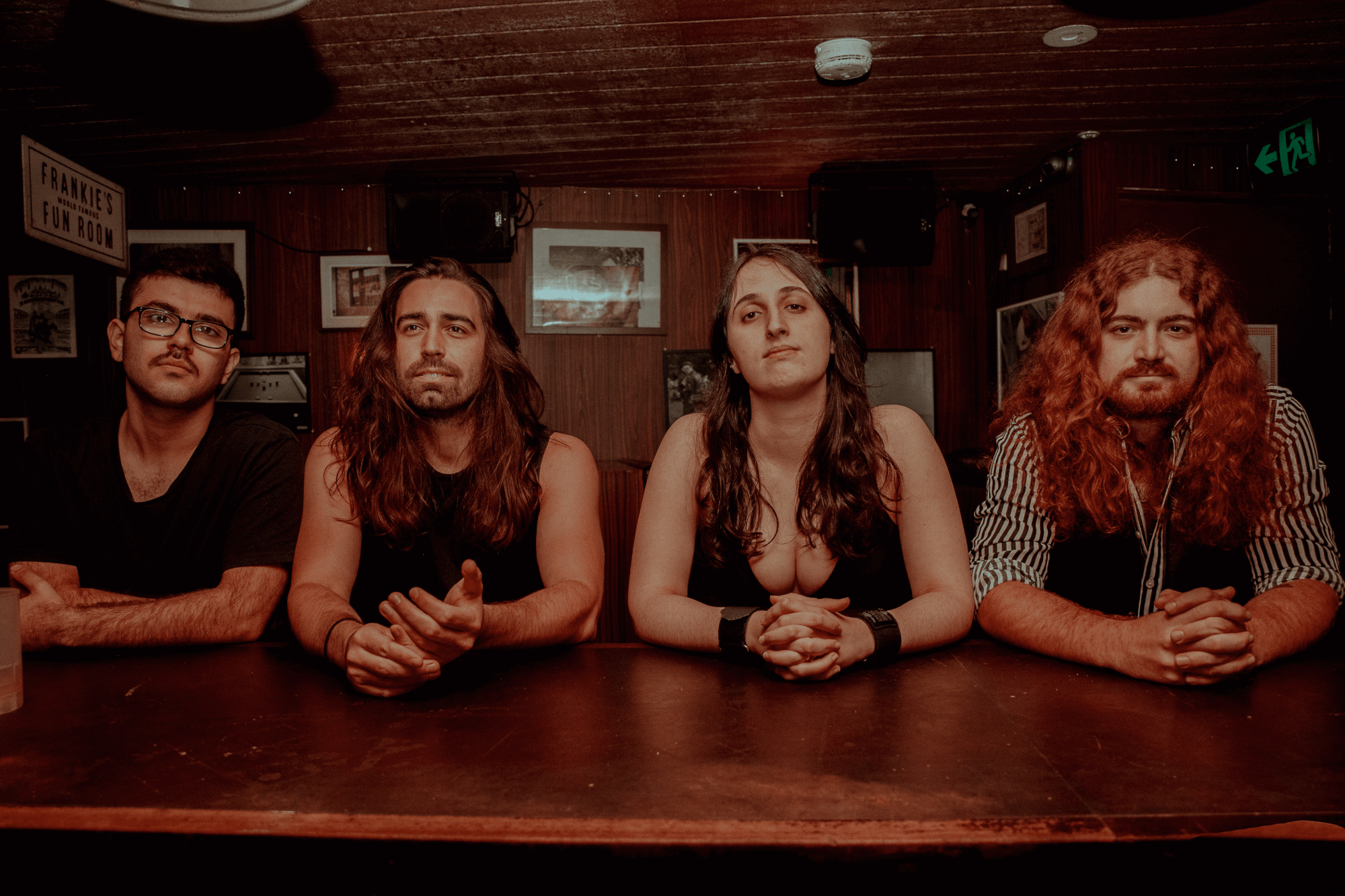 Sydney classic rock aficionados Avalanche just announced their 2022 East Coast Tour in honour of their fiery new single Bottle Of Sin. The group is excited to bring this electrifying rock n’ roll anthem for the new generation in all its raw and raucous glory across Queensland, Victoria and New South Wales.

Renowned for their high-octane brand of raw and in-your face rock music, Avalanche have established themselves as one of NSW’s premier hard rock acts which has seen them perform alongside high profile artists such as Kingswood, The Poor as well as regular national tours to keep their fans satiated. The group’s latest EP Second Hand Band saw Avalanche garner global airplay and coverage.

Reinvigorating the rock scene with their arena ready rock sound, fans can expect blistering solos, pummelling rhythms, commanding vocals and chant-along chorus that will guide your memory straight to a time when classic rock changed music forever. With the imminent release of Bottle of Sin, punters will be treated to their bloody, sweaty and rambunctious stage antics that instantly wins them new fans every time they play.

Vocalist/Bassist Steven Campbell speaks: “Our live shows are what we’ve come to be known for, they’re wild, loud and fuel-injected and quite literally filled with blood, sweat and beers and hell even some tears sometimes! You can expect moshing, head-banging, bare chests, flailing hair, guitar solos dashes through the crowd, but most of all you should expect a good bloody time! We can’t wait for our Sydney launch at Factory Floor which is set to be the biggest date of the tour, as well as to get back up to Queensland and return to one of our favourites; Cherry Bar in Melbourne!”

With support from Starcrazy, Screaming Eagle, Helle (Sydney), Winchester Revival, Ten12, The Double D’s (Brisbane), Goatzilla, Kombi Killers, Gutterfire! (Gold Coast), Ablaze, The Chevaliers (Cherry Bar) and The Meantime, Lemon Joe, Deadshowws (Woy Woy), this tour is sure to be one hell of a party. Grab your tickets now!

Mixed by Dom Grimard and mastered by Christian Donaldson, this new single is the band’s first studio recording since their 2020’s debut EP Fragments of Consciousness and sees the aggression and groove heard in their earlier material, intertwined with dizzying yet groovy song writing. The tightness of the rhythm section allows the guitar to wander, and the vocals to serve as another instrument spewing and gurgling in and out of the entire structure. Just when the disorientation begins to creep in, it all clicks back into place with slamming and chug orientated riffs featured throughout.

Here is what the band had to say about their latest offering: “We had big plans for the EP, but with touring or even playing live not an option at the time of release, we decided to jump straight back into the studio and put our energy into new material. We are really excited to showcase our further developed sound and our new single Death Perception. The music video tells the same story the lyrics do and was designed to add to the deeply uncomfortable and aggressive nature of our music. This is just the first taste of what we have been working on, cheers for checking it out!”

Watch the video created by Mahdi Niahi from Noxbite GFX below!

Hailing from South Australia, Alter Idem is a four-piece death metal band that places no boundaries on creating extreme music.
The band was formed in late 2019 by members of Splatterpuss, Internal Devour, I Exalt, and Mother Morgue. In August 2020, the band would release a four-track EP titled Fragments of Consciousness which saw the band gain notoriety in extreme metal circles with its technical but diverse song structure, relentlessly fast drumming, aggressive vocals, introspective lyrical/artwork themes, and bass lines that tie it all together.

The band soon signed to Vicious Instinct Records and over the past eighteen months have been working tirelessly on new material. Recently, Alter Idem announced they will be touring Australia with Germans Acranius (GER) and fellow Aussies Zeolite later this year and much of their new material will be featured. 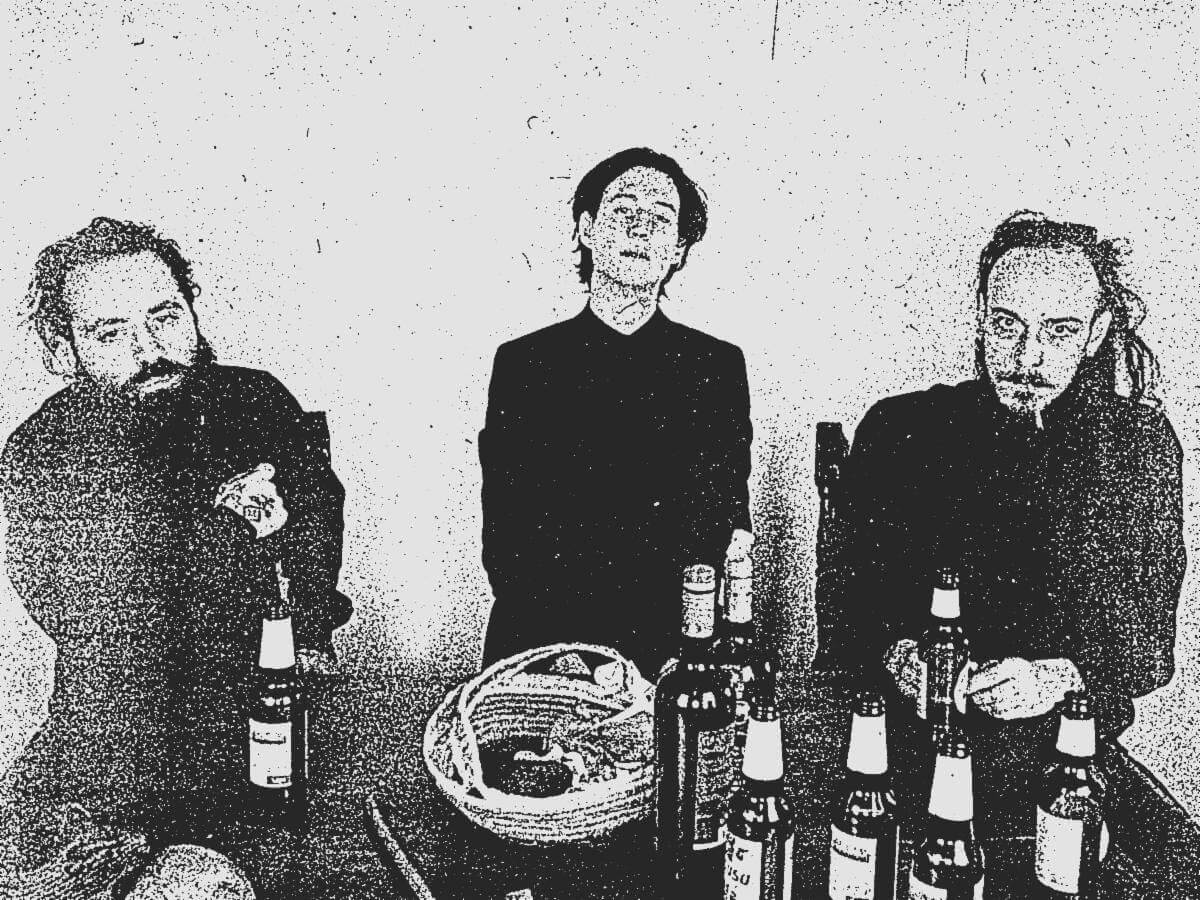 Cold Spring Records presents Until The Day I Die, the third LP from Australian post-industrial outfit KOLLAPS. Confirming the album for release this June, the band and label have dispatched its cover art, track listing, and other details, alongside preorders and the lead single, Relapse Theatre.

Until The Day I Die is a merciless and visceral assault on the senses and continues the trajectory of the band’s idiosyncratic approach in their creation of sound. The album showcases an uncompromising force of harsh post-industrial music narrated by overarching themes of condemnation and redemption; of violence, romanticism, sexuality, and addiction. Much of the creation and lyrical conceptualisation of the record has been stylised and presented using William S. Burroughs’ cut-up method.

A wide variety of metals and raw materials were used in the creation of the album including metal grates, a rusted hoist, cement cylinders, field recordings, hammering of various decrepit objects, broken amplifiers, an exposed reverb tank, various synthesizers, and the infamous metal coil; a crudely self-constructed artifice that has become iconic in its use across Kollaps’ triptych of releases and lengthy touring history in Europe, Australia, and New Zealand.

Until The Day I Die has seen a tectonic shift in production methods compared to its predecessors and was entirely written, recorded, and mixed internally the self-constructed ILoveHeroin Studios built above a sculpture museum in Lugano, Switzerland. All instrumentation was handled by Wade Black except for bass guitar by Andrea Collaro recorded at Hangar 121 in Lenate Pozzollo, Italy on all tracks except D-IX and I Believe In The Closed Fist, handled by Black, and additional sound design and percussion by Giorgio Salmoiraghi. The album was mastered by James Plotkin and completed with cover artwork by Nullvoid (Thomas Ekelund/Trepaneringsritualen).