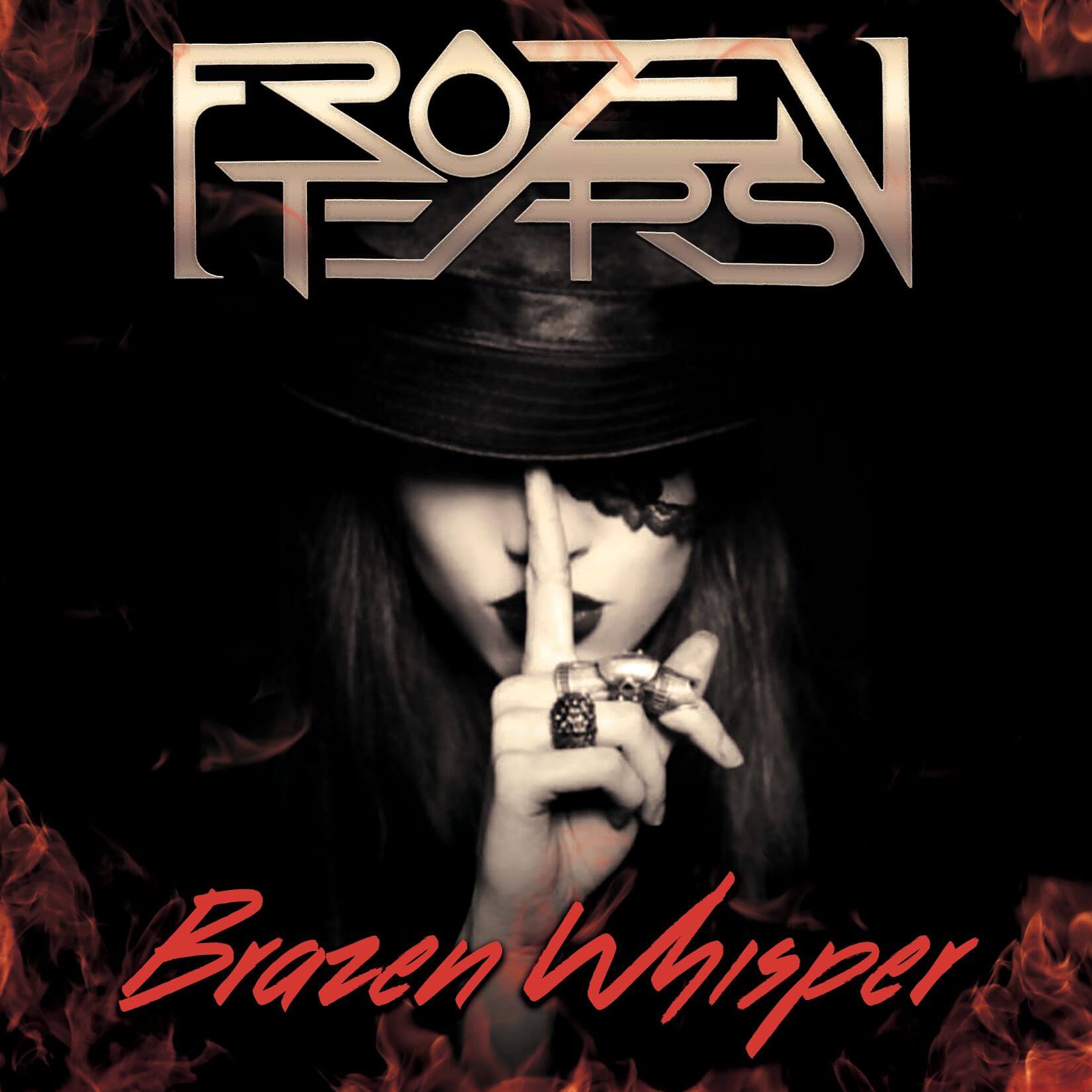 Recorded at Project33 Studios, Melbourne, It’s mixed and mastered by Ty Sims (House of Lords, Tango Down, Bombay Black ) at The Recovery Room in the USA.

While Frozen Tears went into an extended hiatus not long after the release of debut Silence of the Night and its subsequent local tour to promote it in the late nineties the band never officially broke up, but have instead spent the years since writing and working on new material, with the inevitable aim of recording and releasing the long awaited follow-up to their debut album.

The stars finally started to align for the band in early 2020, when Frozen Tears began laying down tracks for Brazen Whisper, the tentative title for their self produced sophomore album. As the world started heading into isolation and worrying about the future, band members Thanis Akritidis (vocals) and guitarist/bassist/keyboard player Jon Powers were escaping into their music, laying down and refining cuts like Set Me Free, Love Can Be Real, Hold on Tight and Brazen Whisper.

These highly infectious new tracks show that Frozen Tears have remained true to their original influences and direction, while also showing a natural maturity in sound, lyrics and production. Hold on Tight is a rousing, anthemic plea in the best eighties Paul Stanley tradition, while Set Me Free powers along on a chugging guitar riff, the song also featuring some pleasing jazz and funk-inspired breakdowns and interludes.

There’s also the balladic Can’t Stop, which wears its classic Whitesnake influences proudly on its sleeve, not to mention the title track, Brazen Whisper, which starts amidst a kaleidoscopic swirl of ambient sounds and hypnotic vocal echoes, before its heavy, dour riff kicks in and the song soars into high gear. Love Can Be Real, brings home the melodic/AOR to the forefront of the band from the opening keyboard intro with an infectious chorus. Another track simply titled You screams melodic rock with soaring guitars and Thanis’ Paul Stanley-esque vocals ending in a beautiful piano outro by Jon Powers. Finally let’s not leave out the Kiss classic C’mon and Love Me, which the band stay true in classic Kiss style !

For the new release Frozen Tears enlisted popular session drummer Glenn Wellman from the UK who has played with the likes of Jordan Rudess from Dream Theatre and Adam Holzman (Miles Davis) to name a couple to lay the drum tracks for the new release.

Brazen Whisper will be released by MR Records on August 26th. 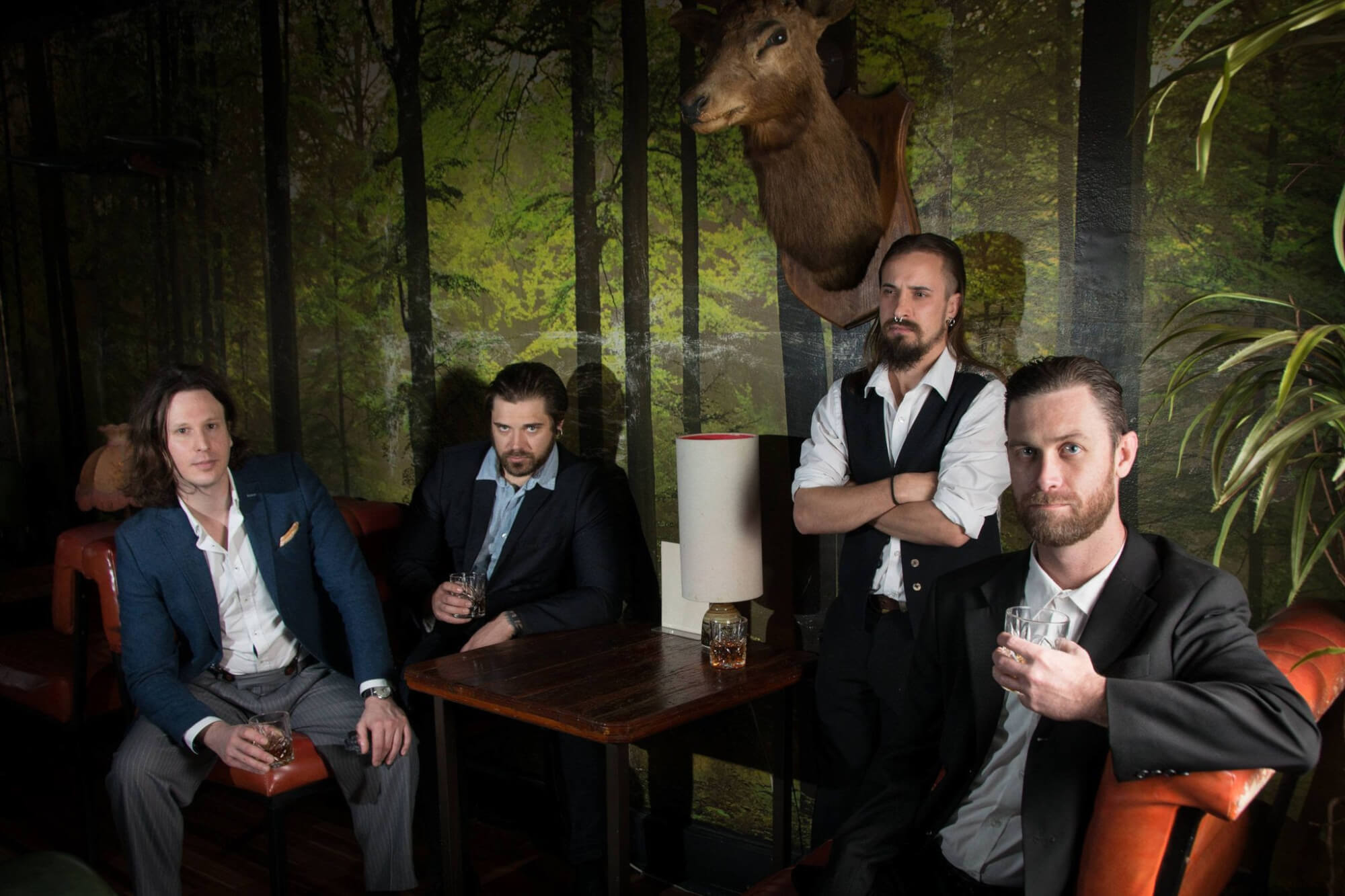 Brisbane-based swing metal Quartet Barrelhouse have just released their crushing new single Ride of Life. This hard hitting track is a perfect encapsulation of the four piece’s unique concoction of swing music and heavy metal, masterfully layered in its sharpness and precision. With energetic riffs, swinging grooves and powerful vocals, Ride of Life proves that Barrelhouse are masters of their signature sonic infusion.

Guitarist Jim Pagotto speaks that the new single Ride of Life “is essentially a heavy blues shuffle riff. The whole focus of our writing process for Barrelhouse has been infusing predominantly swing era musical vibes with metal but we’re also throwing some blues, funk and even Bossa Nova elements into the mix in future singles”.

Coming off a successful release of their debut single Big Cheese which saw Barrelhouse make their mark on the alternative metal realm, Ride of Life is the epitome of a strong follow up, making it clear that they are here to stay. Effortlessly combining heavy metal songwriting and tones with the grooves and energy of a nineteen thirties swing venue, Barrelhouse present an exciting new sound for lovers of heavy music with a taste of period and prohibition era sure to leave a lasting impression!

Ride of Life is out now on all major distribution platforms! 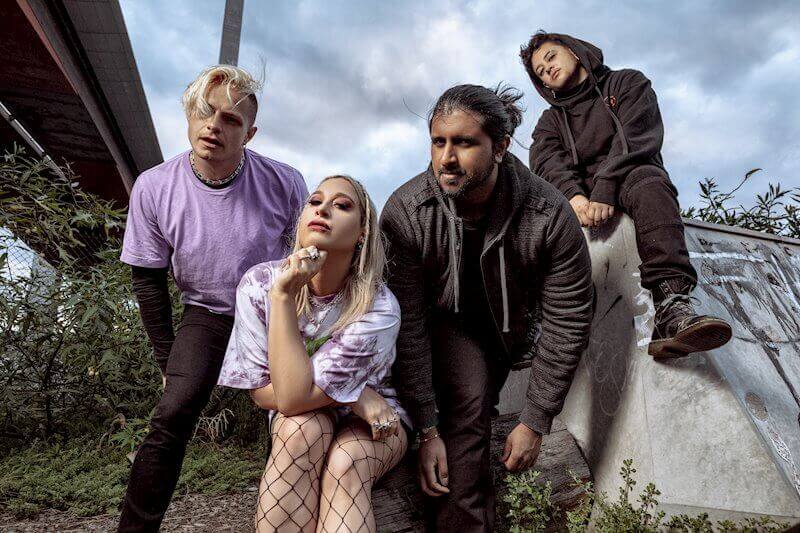 Melbournian heavy outfit The Last Martyr returned with a vengeance in April 2021 with a new single, Hindsight, a fierce tune with bounce that led the band to a multitude of milestones including Triple J radio station Unearthed Feature Artist and a spot on the upcoming Halloween Hysteria Festival bill.

The band have now revealed the new single, Afterglow; a hard-hitting and nostalgic bop about young love and reflection through rose coloured glasses. The track itself features a huge chorus with a twist in the middle via a trap second verse.

Vocalist, Monica Strut, shares the story behind the tune:“Afterglow was written as an apology to a past lover whose heart I selfishly trod on. It was kind of this push/pull, will they/won’t they situation where it was hard to tell if love was actually apparent or if the idea of love was the appeal. In the end, fear and doubt got in the way before anything could eventuate. Thinking about the time in my life this person was around, I was immediately transported to a chapter where I was young, partying a lot and living a fairly rock n’ roll lifestyle. The song is a culmination of that time where a lot of bad decisions were made yet everything seemed like an adventure”.

Produced by Chris Lalic (Windwaker, Rumours, To Octavia), the song marks the second instalment of the band’s forthcoming EP and will be followed by a video clip in weeks to come.

The Last Martyr are hopefully hitting the road in September for a weekend of shows with Heartline. They’ll be supporting the Adelaide band on 3 September at Enigma Bar before headlining The Workers Club on 4 September.