Welcome to a packed, and very heavy, new edition of Terror Australis! Prepare yourselves for some high-quality tuneage! 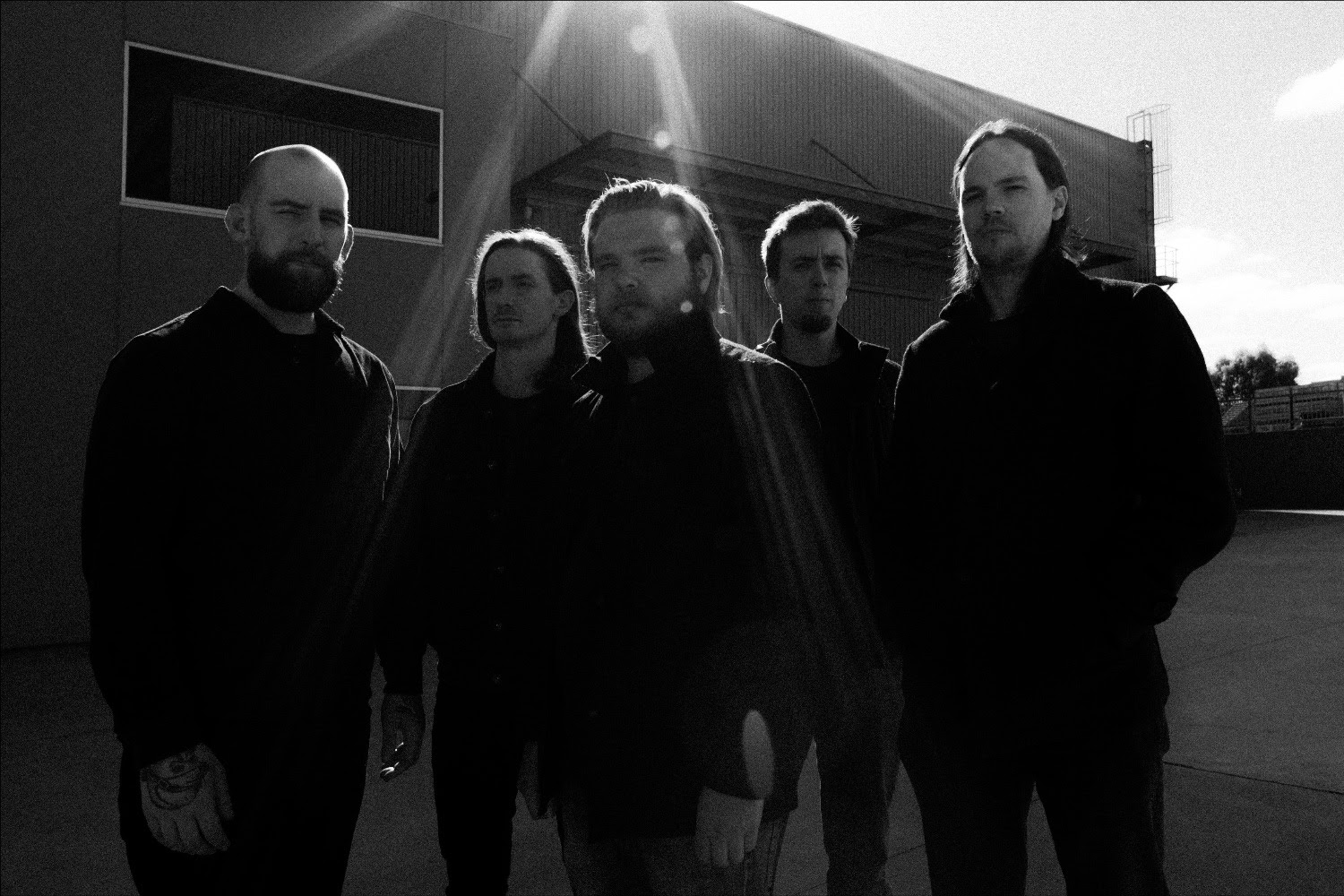 With a discography that includes landmark albums like Stone’s Reach, Of Breath and Bone and Vessels, Melbourne powerhouse Be‘lakor occupies a special place in the hearts and minds of progressive/melodic death metal fans worldwide. For more than fifteen years, the band has been turning heads with their technical yet melodic songwriting. Now, the legendary five-piece teams up with Napalm Records once again to release their new album Coherence (out October 29, 2021), proving themselves to be on top of their game with their most ambitious offering yet.

In celebration of this announcement, Be‘lakor have released their first official single and video, the massive opus Hidden Window, from Coherence! Hidden Window is a truly magnificent display of dynamically produced modern progressive death metal, which has rightfully earned Be‘lakor more than twenty million streams on Spotify alone, as well as a spot at the forefront of the genre!

Steve Merry (piano/synths) from Be‘lakor about Coherence: “We’re excited to share this album after five years of quite intense work on it. It’s pushed us in many ways. Coherence has two of our longest ever songs; it has some really substantial instrumental tracks; it’s heavy and progressive in places, but still full of the melody that drives our work. The album’s lyrics also explore quite different ideas to those of our earlier albums. We look forward to working with Napalm Records on this release and sharing this music with our fans!”

Coherence will be available on black  double LP gatefold with etching, as well as limited  double LP gatefolds in gold, silver and white. The exclusive Die Hard Edition of the album will feature a metal plate with the lyrics and a slipmat, and a deluxe wooden box (jewel case) limited edition will include a collector’s coin, wall flag, wrist band and pick set. A must-have for Be‘lakor fans! 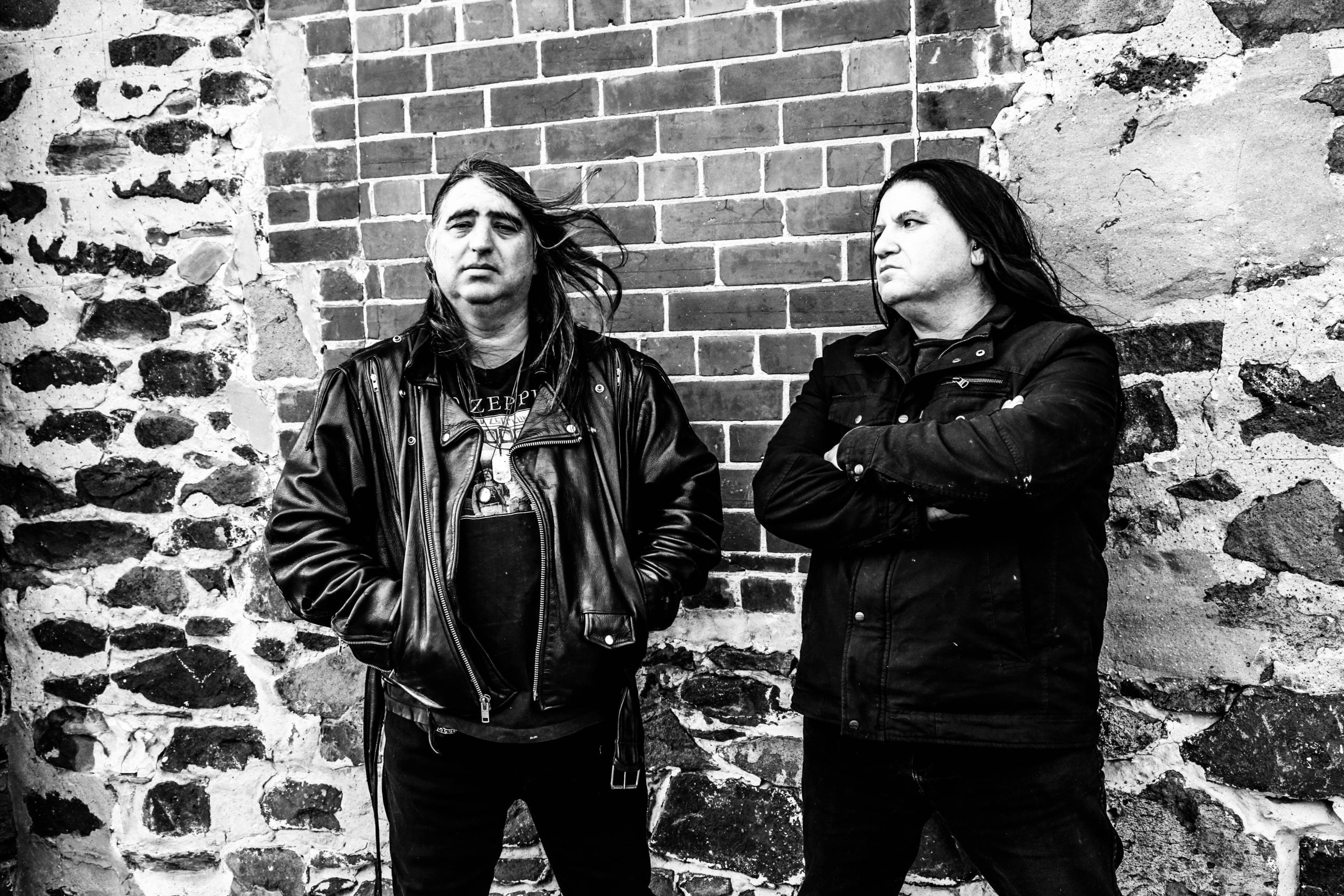 If you like sounds that are raw and harsh but still don’t overshadow the music’s natural melodic and catchy swing, then the heavy/doom metal of the Adelaide’s Raven Black Night is for you!

At a pace that divides between mind-blowing heavy metal and damaging doom metal, the twelve tracks of the band’s most recent opus Run with the Raven (originally released at the tail end of last year) breathe underground vibes through every pore with a gritty production, eerily reminiscent of genre giants Saint Vitus, that becomes irrevocably intoxicating – it’s the sincerity that dominates. In addition, you can count on many reminiscences of all-time idols such as guitarist Tony Iommi (Black Sabbath), some moments thicker, sludgy distortion that once gave rise to stoner rock, and a surprising mix between traditional hard rock and punk rock energy. Between these peaks and valleys, Raven Black Night create dark journeys with a certain romanticised and always doomed sense, an environment in which we will walk side-by-side with ancient warriors, battles, queens and princesses, yes, but in a world where there is also room for metaphors related to real life too.

“Run with the Raven began in 2013 after the release of Barbarian Winter by Metal Blade“, the band reveals. “We started improvising riffs and song ideas. We wanted to make a release that was sonorously direct and not too compressed, with songs that you can sing and hum along to, like older hard rock and metal bands that exhibit versatility within the style. We also wanted to increase our presence in Europe after our appearances in Greece ( at the well-known Up the Hammers Festival) and Germany, and let people know that we are still here. You can expect an album full of honesty and hard rock that comes from the heart with a good dose of heavy metal in an old-school approach and with attention paid to songwriting”

With rock, metal and doom, expect catchy hooks with rawness and beauty mixed in; But, as the band adds: “In the end, as the great Lemmy says, it’s all rock and roll!”. 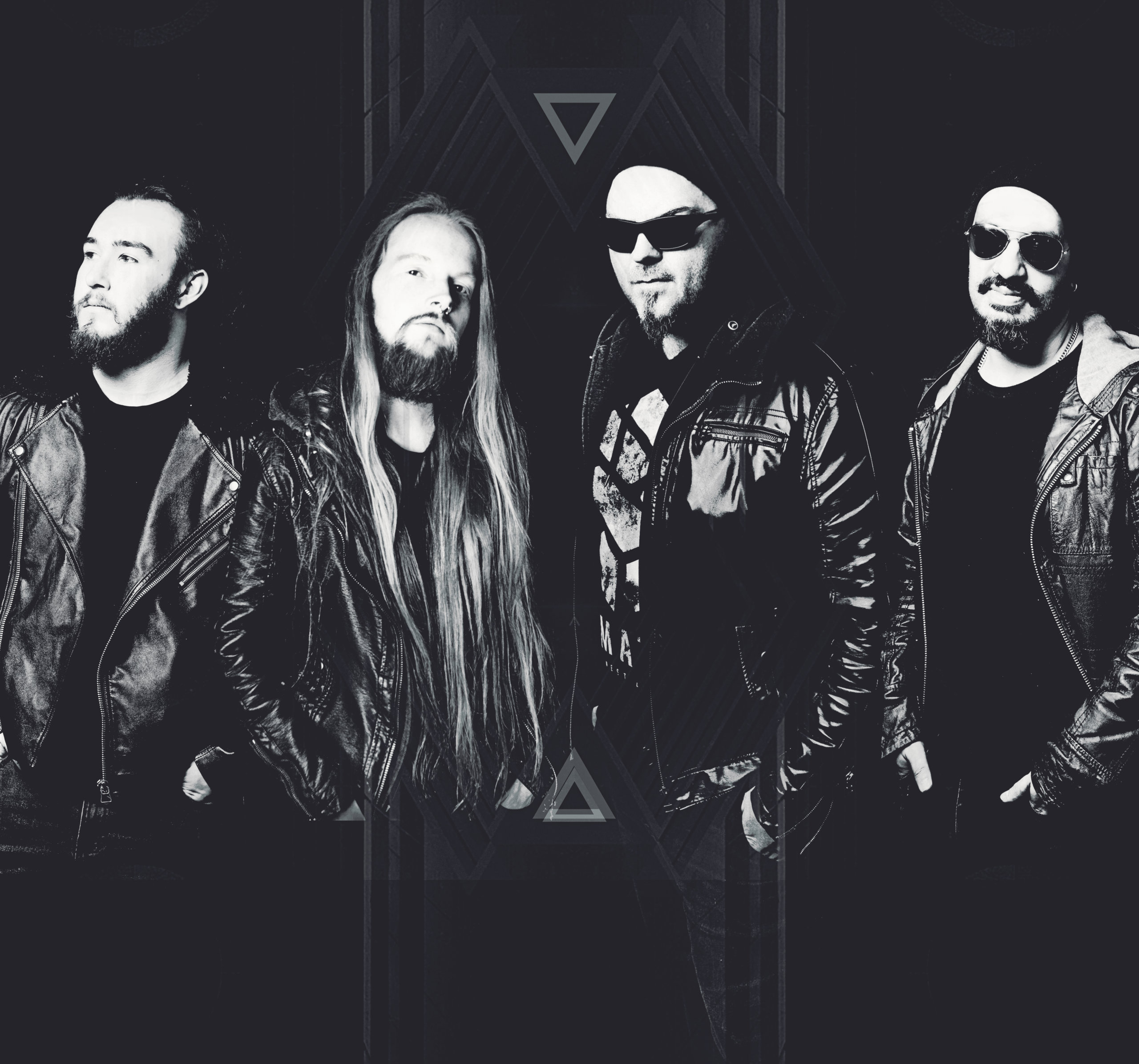 Geelong’s Teramaze are one of Australia’s premier progressive rock bands, fronted by guitarist and band founder Dean Wells, alongside with guitarist Chris Zoupa, Andrew Cameron (bass) and drummer Nick Ross. During the last eleven months, the band has been through multiple statewide lockdowns, with no gig opportunities and were rarely in the same room together… however, the band’s creative juices were still very high, and they were able to produce three full-length albums.

And The Beauty They Perceive perfectly captures feelings of rage, despair, hope, frustration and the occasional tongue in cheek lyric that Dean Wells is so good at slipping seamlessly into the band’s songs. Opening and title track of the album shows the bands ability to put together a punchy catchy song with a few progressive elements, where as the closing track Head of the King, takes the listener on an epic eleven minute journey with moments of technicality, multiple dynamic shifts and really gives each member of the band a moment to shine.

Earlier this year the band released Sorella Minore, which by many fans was dubbed “a concept album rock opera”. With their latest release the band did essentially the complete opposite by having nine stand alone songs, that weren’t necessarily tied together by one story or theme.

Guitarist Chris Zoupa states: “We had just come off writing Sorella…, and were absolutely drained from the undertaking of composing a twenty five minute song. In order to do that album justice you kind of have to commit to lyrical themes and melodic motifs. When writing And The Beauty They Perceive, we wanted the album to be nine killer tracks that combined all the elements of technicality, emotion, orchestration and catchiness that can be found across every Teramaze album through the years. I think we comfortably achieved that, and all Teramaze fans are really going to dig this album!”

And The Beauty They Perceive is the band’s ninth studio album and the third with Wells as the frontman, taking on all lead vocal duties. The fans have welcomed him as the face and sound of the current incarnation of Teramaze. With the prolific rate that they produce music… and no sign of slowing down, it’s likely we’ll be hearing more music from Teramaze in the not too distant future. The new album is set for release on October 5th. 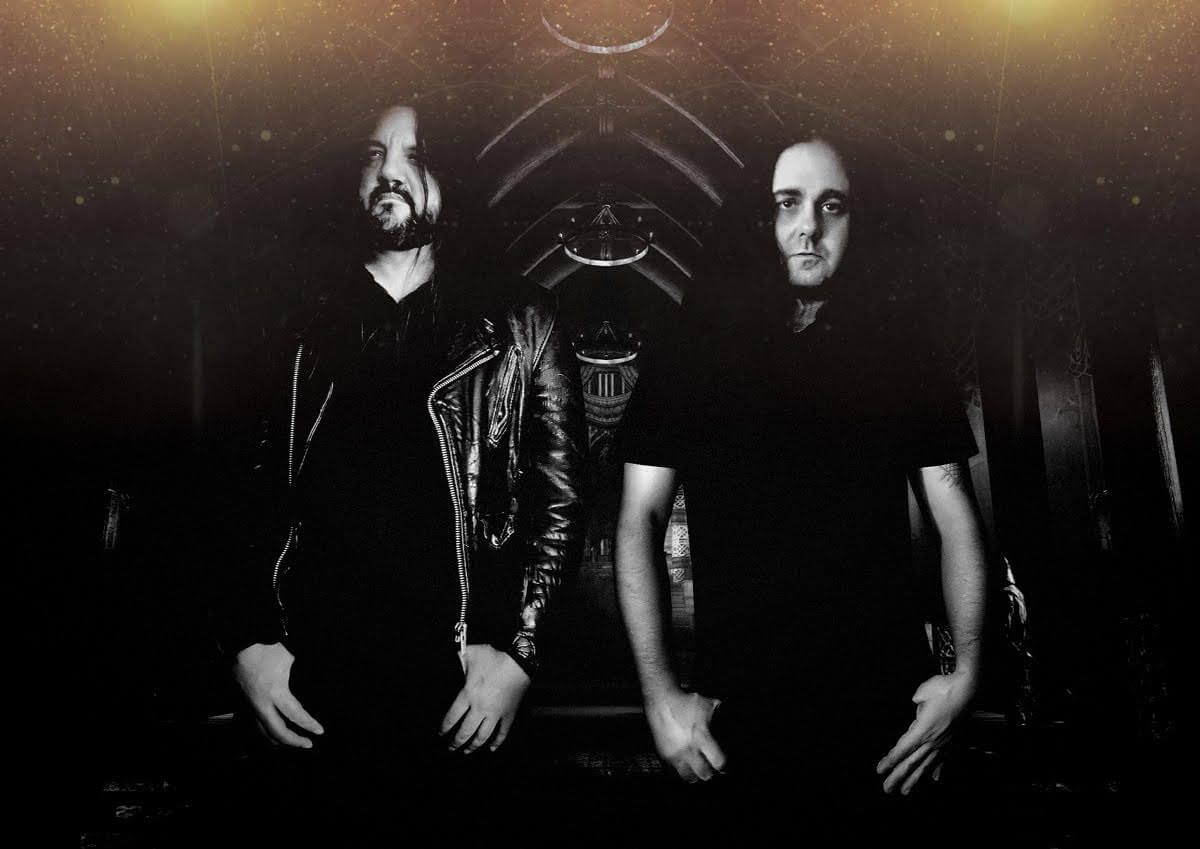 Australian old school death metal band Nefariym is set to release their debut album Morbid Delusions on September 24th 2021 via Finnish label Inverse Records. The band was formed in Melbourne, Australia in 2019 by Mark Kelson and Richie Poate, both also guitarists with the melodic doom band The Eternal. What started as an idea to pay homage to the golden era of early nineties death metal formed into a fully fledged band and the crushing album Morbid Delusions was forged.

The band’s third single Tearing The Flesh From The Bone is released today along with a new music video which you can see it below!

If you like your death metal fast, straight to the point with moments of filthy doom ridden sludge, Morbid Delusions will pound you into submission from start to finish… Look out for a review of the album in Sentinel Daily very soon!

With Nefariym’s debut album release date edging ever closer, we thought we’d hand the Sentinel Daily death deck over to Mark and Richie from the band this week and asked them to pick their fave Aussie extreme records of all time for a bit of a spin – here’s what they came up with…