The Brotherhood Of The Snake will be released on October 28, 2016 via Nuclear Blast.

Commented Peterson in an interview with Metal Maniac: “It’s very diverse, but it’s very epic. There’s nothing on there that breeds commercial. And I think for thirty years of recording music and trying different formulas and stuff, I think we’ve found a formula that is very metal. I think for the metal fan that is looking for something for the nook and crannies… not just your normal, ‘Oh, it’s got a thrash beat and a riff.’ There’s a lot going on here.”

The songwriter also told Metal Forces in another interview: “It’s different. This one is more thrash. I mean, this has got some of the fastest stuff that we have ever played. Usually, we have one or two thrash songs, and then we have some mid-tempo, and then we have a slow, heavy one, and then up-tempo kind of stuff. Half of the new record is thrash, which we’ve never done before.”

He continued: “It’s kind of like Demonic and The Gathering, but a little bit wiser, I think. Chuck’s not singing so death. I mean, he does some death stuff but he’s singing more like he did on the last record and then with the craziness of The Gathering or even heavy stuff like Demonic.”

The band will support The Brotherhood Of The Snake on their European run with Amon Amarth this (Northern Autumn). Dates to be announced soon.

The band will embark on their summer festival run next week including some chosen club shows beginning July 13 in Hungary. 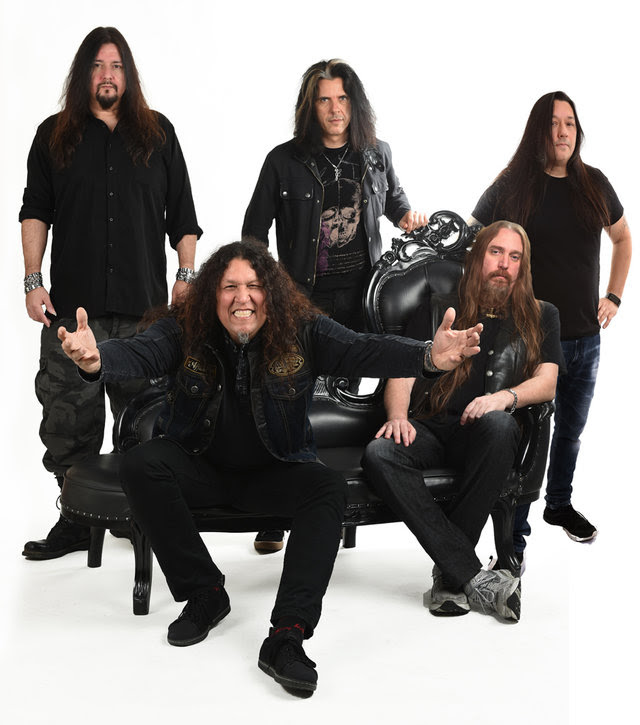