Devin Townsend Project: Heading Down Under Next Year

Devin Townsend Project: Heading Down Under Next Year

Devin Townsend Project is obviously the brainchild of frontman Devin Townsend – who released new album Transcendence earlier this year. To celebrate the success of the album, they are returning to Australia and New Zealand in May 2017, presented by MJR Presents. The album was the first ARIA charting album for Devin Townsend Project, coming in at #10 in its first week in the charts – all the more reason to celebrate!

Previously here in 2015 on a string of sold-out shows in Brisbane, Sydney and Melbourne – this time Perth and Auckland (NZ) are getting some HevyDevy love. The guitar virtuoso is one of the most celebrated singer/songwriter/guitarists in heavy music and Devin Townsend Projects’ live show never fails to satisfy and amaze.

Over the course of the man’s storied career, a single constant has persevered: change. As far back as Steve Vai’s Sex & Religion, which Townsend fronted, through 2001’s landmark full-length Terria to the multi-instrumentalist’s country rock outfit Casualties of Cool and his stunning new album Transcendence, the Canadian isn’t too interested in keeping an even musical keel. To stay the proverbial course is, well, anathema. For certain, he’s far too impatient to write the same Strapping Young Lad song over and over—which is why he folded the band in 2007—and it’s likely there will never be a fourth or fifth Ziltoid album (a third if we’re lucky) because by that point he’ll be in a totally different frame of mind for galactic puppets gone awry.

The man himself is not shy about talking about his process and his varied, long and always-interesting career. This album was a different experience to most in the past and he is excited to bring the show to Australia. He muses about the album process this time around, “The Devin Townsend Project is still essentially a solo project,” he reminds. “One of several, but the difference is that I’ve had a dedicated team of talented folks here that really had great ideas. One of the ways I consciously stepped out of my comfort zone was to the solicit feedback from not only the band, but also to production and engineering. Opinions from people I trust at the management and label, and all with a sense of building a kind of archetype of the DTP sound that would not ostracize people who enjoy the style, but keeping it fresh for me as well. One of the things I did was present my vision—which I’ve always done—and within that framework, I’d massage it with the team. For this record, in those sections, I’d bring it to the band and say, ‘Look guys, here’s what it’s supposed to do. This is how it’s supposed to make me feel. And how the audience is supposed to feel. This is how it interacts with the parts prior and after. That’s why it exists. It’s not complicated because we’re trying to jerk off here. It’s complicated because, in my mind, the emotional component of the section is complicated.”

Townsend’s loyal fans haven’t been waiting very long for Devin to return, only since 2015, but they will get the show of a lifetime with DTP playing the new tracks and tracks from their extensive back catalogue, despite the project only dating back to 2009.

Tickets for Devin Townsend Project’s Australia/New Zealand Tour in May 2017 will go on fan pre-sale on 16th November at 10am and on general sale Friday 18th November. 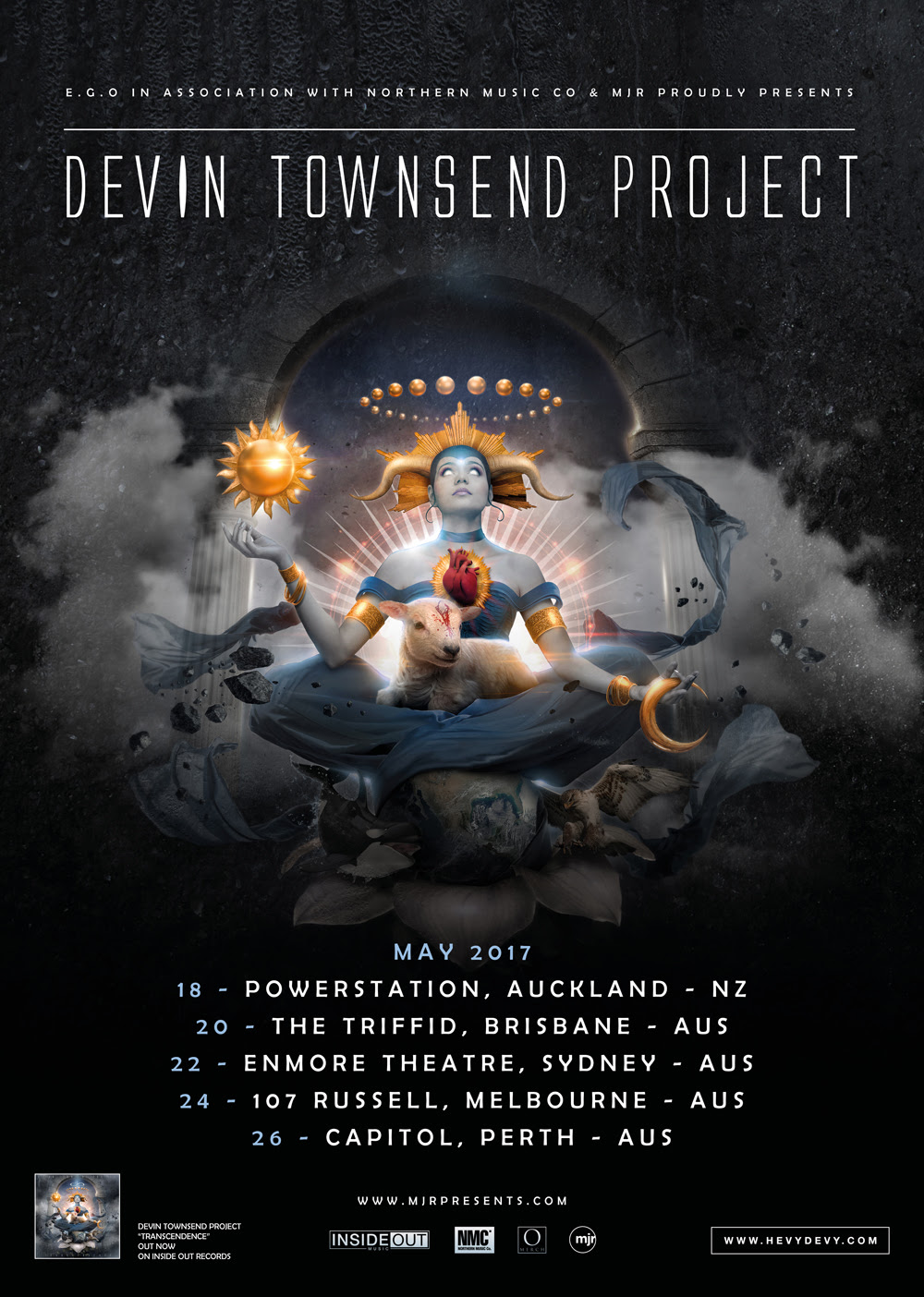