Welcome along to another mixed bag of metal mayhem! It’s The August 2021 Crusade of Power! 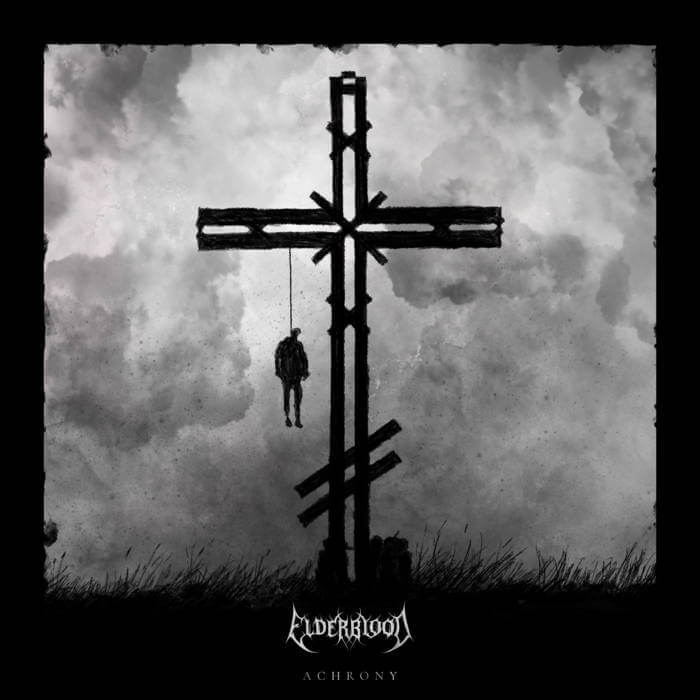 Hailing from the Ukraine, Elderblood are now promoting their third full-length album, Achrony, which came out last month. Having made a name for themselves on their first two albums as a band that harked back to the glory days of symphonic black metal a la Cradle of Filth or Dimmu Borgir, the band have stripped back their sound just a little on this third album.

I have to say I’m a big fan of this slight tweak, as tracks like the excellent The Great Fire of Sacrifice just seems to hit a little harder now, carrying more impact, especially to a less committed black metal fan such as myself. The sound of Achrony is absolutely superb, really pummelling the listener yet also retaining a sophistication that enables you to hear the contributions from everyone involved. Best track, Fallen Seraphs, is quite superb, combining Astargh‘s hateful, bile-spitting vocals with a vicious guitar tone (courtesy of Astargh and guitar partner Staggaret) and some astounding drumming from Kévin Paradis, working here in a session capacity. The progression from the band’s last album is palpable, and this is well worth a listen even if, like me, black metal is a pool you only occasionally dip your toe into. 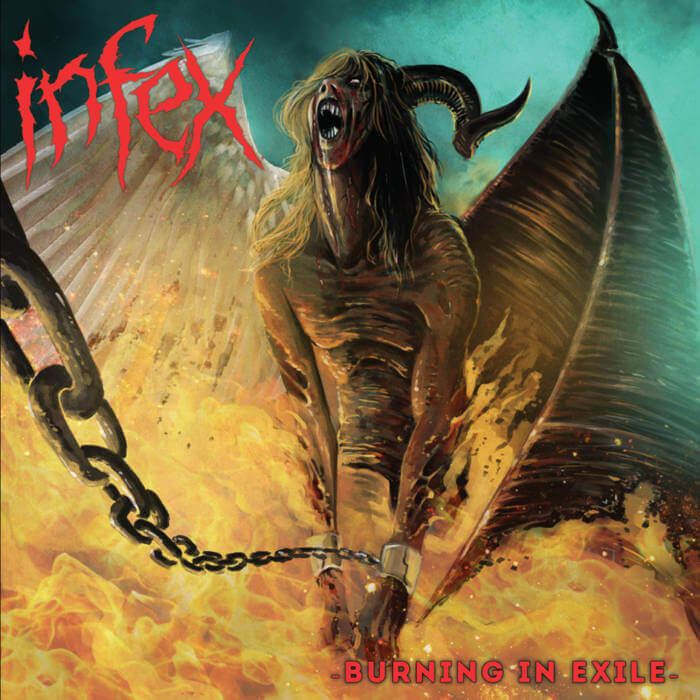 To the US now, and Bay Area thrashers Infex. The band offer up a pretty orthodox take on the Bay Area sound, with the addition of a more crossover or even old-school speed metal drumming approach from drummer Corey. Guitarists Jack and Adam have a really thick sound to their guitars in the rhythm parts, but this is offset by razor sharp lead tones that really shine and cut through the riffage beautifully.

The opening track of their new album Burning In Exile,  Blood of the Wicked is pretty straightforward and doesn’t offer any new insights into this style of music, but that isn’t really the point here. These guys are thoroughly committed to their thrash, and that sincerity shines through with enough force to keep the listener engaged on more hardcore-tinged tracks like this writer’s personal fave The Burning. Perhaps the most important thing to note here is just how enjoyable Burning In Exile is as a listening experience from start to finish. The pace just doesn’t let up, with the band dealing pleasing body blows like the Testament-styled Legions of Hate with as much intent as more lighthearted material like Beer Run. Great stuff!

Planet of the Dead 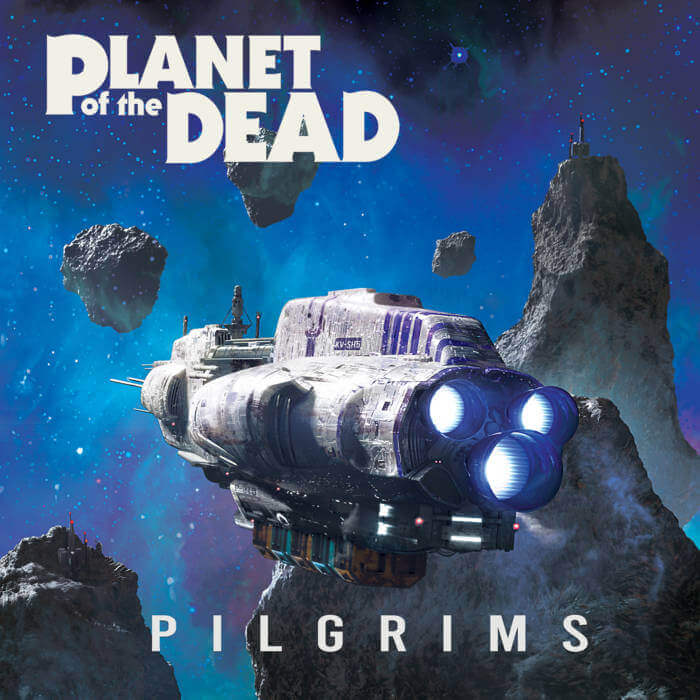 The Crusade doesn’t often stop off in New Zealand, but we’re pleased to put that right this month with Wellington-based space rockers Planet of the Dead. These guys pack a considerable doom-laden punch! The band themselves say they are for ‘fans of classic science fiction and supermassive riffs’, and that’s borne out by hulking opener Gom Jabbar, named for an artefact from the Dune stories and indeed possessing riffs that are both super and massive…

Pilgrim is equipped with the sort of lurching appeal that Brit metallers Orange Goblin were always full of in their pomp; Mark Mundell has a similar stentorian bellow in his vocal armoury to the Goblin’s Ben Ward, but PotD add a looser, psych rock vibe on tracks like Nostromo, where the band retains it’s heaviness through the sheer propulsive nature of the music but adds an almost undetectable swing thanks to some agile work in the rhythm department from drummer Josh Hessey and bass playing chum Kees Hengst.

Like Infex, Planet of the Dead don’t seek to add much invention or innovation to their chosen musical sphere; more important is the fact that they are able to add to it’s legacy with sharp songwriting and neat playing that again is a real joy to listen to. Producer James Goldsmith plays a blinder keeping the brute tectonics of the sound apart – it would have been simple to simply allow Malcolm McKenzie‘s glacial riffs to swamp everything, but that never happens – with the result being a powerful album you’ll find yourself returning to again and again. 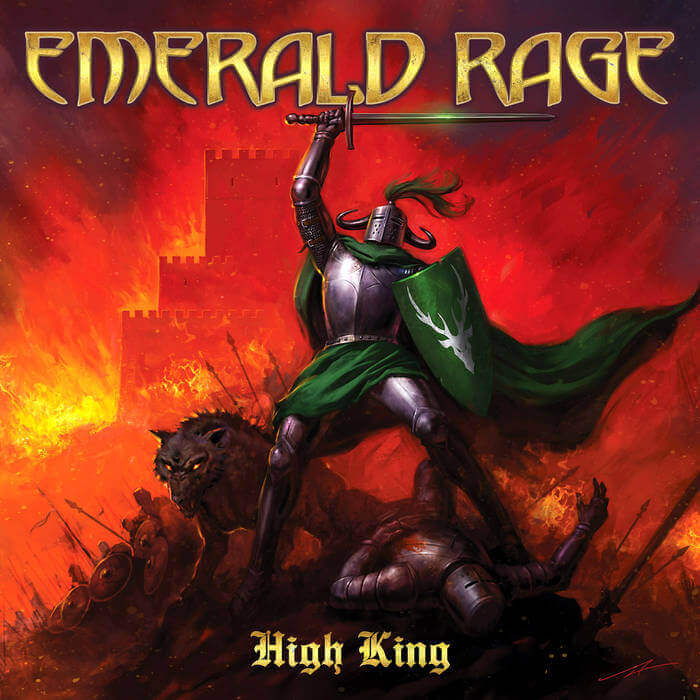 Akron, Ohio natives Emerald Rage purvey what Sentinel Daily editor Scott Adams would refer to as ‘proper heavy metal’; And certainly, even a small exposure to their music might have you casting your mind back to the early eighties, when ‘proper’ heavy metal ruled the world. Emerald Rage are another of the long line of bands to grace the pages of the Crusade of Power who make no concession to modern musical mores whatsoever!

Opening track Into the Sky, slightly iffy drum sound notwithstanding, offers the listener a direct line back to the glorious early days of American power metal, and names like Brocas Helm and Manilla Road. Fast, furious, and as much about melody as muscle, this is heady stuff indeed.

Jacob Wherley mixes a gruff approach to vocals with the occasional helium-filled scream, and he doubles up on guitars to present a nice partnership with fellow six stringer Patrick Kern. Wrathful Eyes adds a hint of the NWoBHM to the mix, especially the superb lead guitar work – there is a lot of superb lead guitar work on this album, by the way – but that’s about as much deviation from the script as you are going to get with High King as an album overall. Loud, proud, and as traditional as it gets, this is the sort of music this column was created to support! Release of the Month! 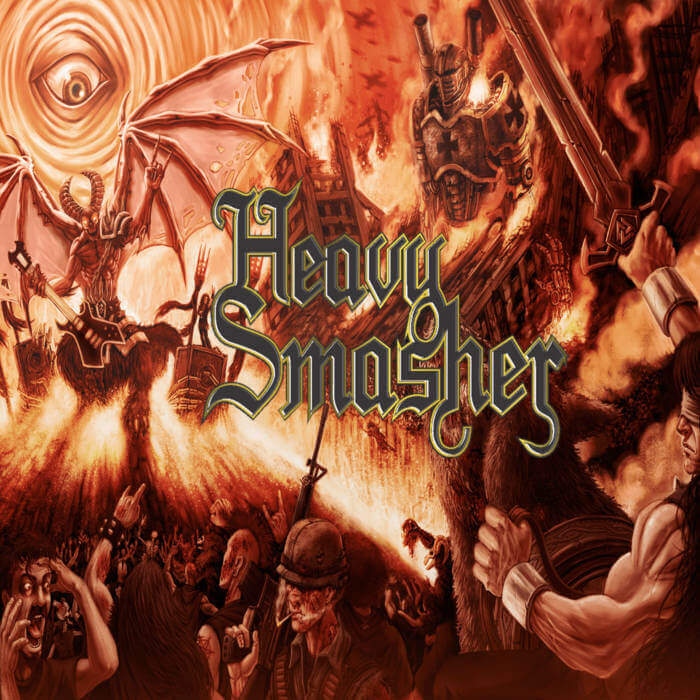 Finally this month we have Brazilian true metal horde Heavy Smasher. Loud, brash, chest-beating metal is the order of the day from these guys, and their enthusiasm shines through on their self-titled new album. They’ve still a way to go in terms of polish, but the fact remains that on bellicose, bruising tracks like In the Abyss they’ve got just about everything else in place to make a bit of a racket on the world stage. Luis Paulo rumbles away on the bass in menacing fashion, laying a sludge-ridden bedrock over which the beefy riffs of the superbly named Nando Smasher and Diego Quântico pile on the agony.

At times you might get a whiff of Saxon about Heavy Smasher here, a dash of Megadeth there, or the odd soupcon of Dio in the raw-voiced vocal assault of Nildo Gomes but overall the band balance their influences well enough to suggest that they are going to forge their own identity moving forward. That’s an enticing prospect to contemplate, and I look forward to seeing where they go next with the Heavy Smasher sound…

That’s it for another month – as ever, I hope you found something here to enjoy – see you next month!
hail and kill
Ferry