Hello and welcome to a new year on the Crusade!
We’ve had a nice rest and a chance to recharge the batteries, and we’re ready to rock again! And now – let the metal flow! 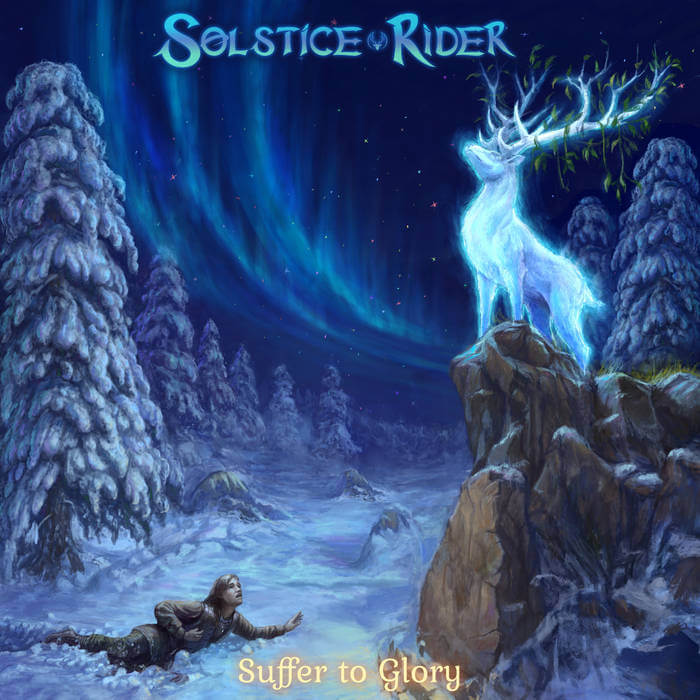 Seconds in to the opening track on Solstice Rider’s new album, Suffer To Glory, you’d be forgiven for thinking you come across a new black metal sensation, such is the intensity of the explosion you’ve just been confronted with. However, once the smoke clears and matters calm down a little, you’ll realise that there’s a whole lot more to this Maryland-based one man band then initially meets the ear.

BM themes do recur, especially in the guitar playing and some of the more off-the-chain vocal moments, but for the most part Jeremy ‘JB’ Bluteau – the man behind Solstice Rider – opts foe a highly melodic form of death/power metal that, whilst still being superglued to ten in impact terms almost constantly, still manages  to pack a lot of interest and variety into it’s fifty five minutes duration.

Highlight track Star of The North is an absolutely stunning piece of work; a real kitchen sink production, the song harness all the traditional melodeath tropes alongside judicious use of clean vocals and clever keyboards to create what amounts to a mini metal opera in it’s own right despite lasting only five minutes and forty one seconds in total!

The Owl Does Not Sleep is almost as good, throwing a bit of Savatage-styled drama in to the mix – what a great way to kick off the 2022 Crusade! 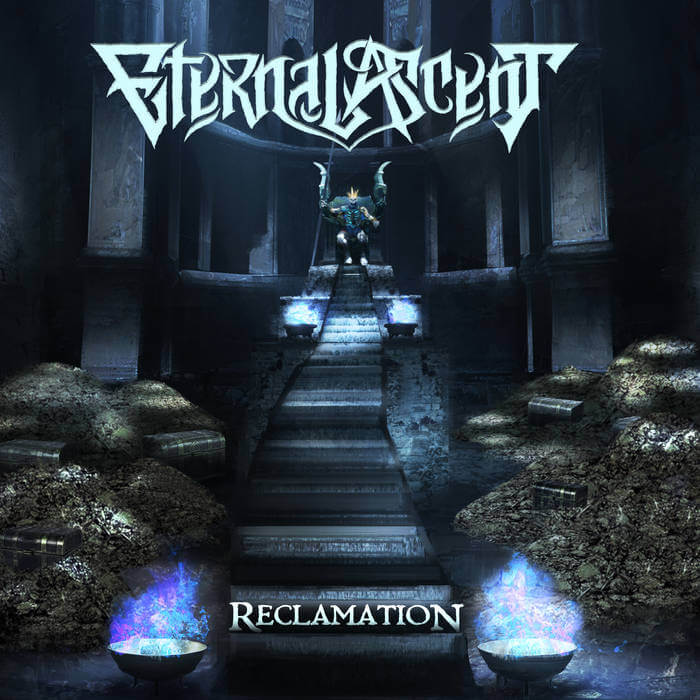 New Yorkers Eternal Ascent – another in the seemingly endless parade of metal duos coming to the attention of the Crusade of late – purvey, for the most part, a pretty straight-forward brand of over the top power metal. However these guys aren’t afraid to chance their arms a little, to the extent where the best track on their new album Reclamation, whilst still keeping the pedal to the metal, is actually a lot more ‘hard rock’ in outlook.

The track in question, The Lie, is a glorious slab of heavy prog/power that features some quite superb vocals from Mark Bellofatto and a face melting bout of lead guitar work from Christian Rush. When the band head back to their default setting, on other standout tunes such as Being Human or the excellent Take To The Skies they may lose a little in terms of personality but this is more than made up for by the sheer verve with which they attack the matter in hand.

Both Bellofatto and Rush impress throughout, with the latter in particular peeling off some quite superb solos, whilst the former roams across his vocal range as the situation demands, refraining thankfully from simply wailing through the album from go to woah.

As debut albums go, it’s hard to find fault in Reclamation, which rarely puts a foot wrong but repeatedly delivers the heavy metal goods in exciting fashion. Well worth a listen! 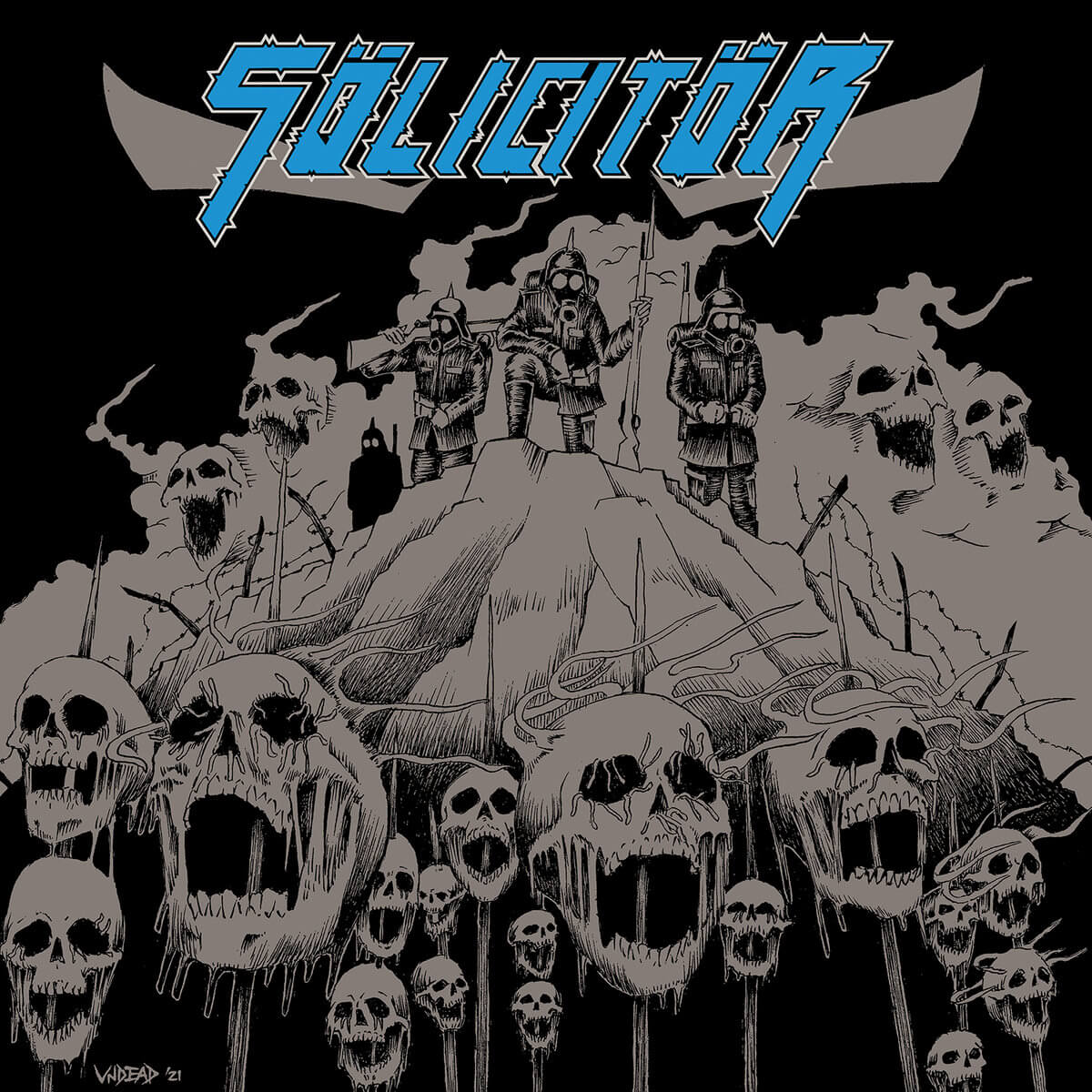 Back from a shortish break are American speed metal troupe Sölicitör, last seen with a new full length, Spectral Devastation, which came out a couple of years back…

The band are back in 2022 with a two-track single, entitled All Debts on Death. Both tracks are full-on, eighties-inspired teeth rattlers, inspired by the bullet belt n’spikes tradition of names like Exciter and Sentinel Beast and, perhaps more pertinently, American cousins Tower, who brought a fantastic album, Shock To The System, out last year.

Led from the front by the insanely caustic vocal stylings of Amy Lee Carlson, who frankly makes Tower’s own leather-lunged chanteuse, Sarabeth Linden, sound like Celine Dion Sölicitör are quite clearly the real deal, though two tracks is just not enough to leave any but the most cursory listener in any way satiated. Patrick Fry and Matt Vogan are a formidable guitar duo, and in fact formidable is as good a way as any to describe this band, which is rounded out by thunderous rhythm section Damon Cleary-Erickson (bass) and drummer Johann Waymire. Hopefully these guys get back in the studio and get something a bit lengthier coming our way very soon! 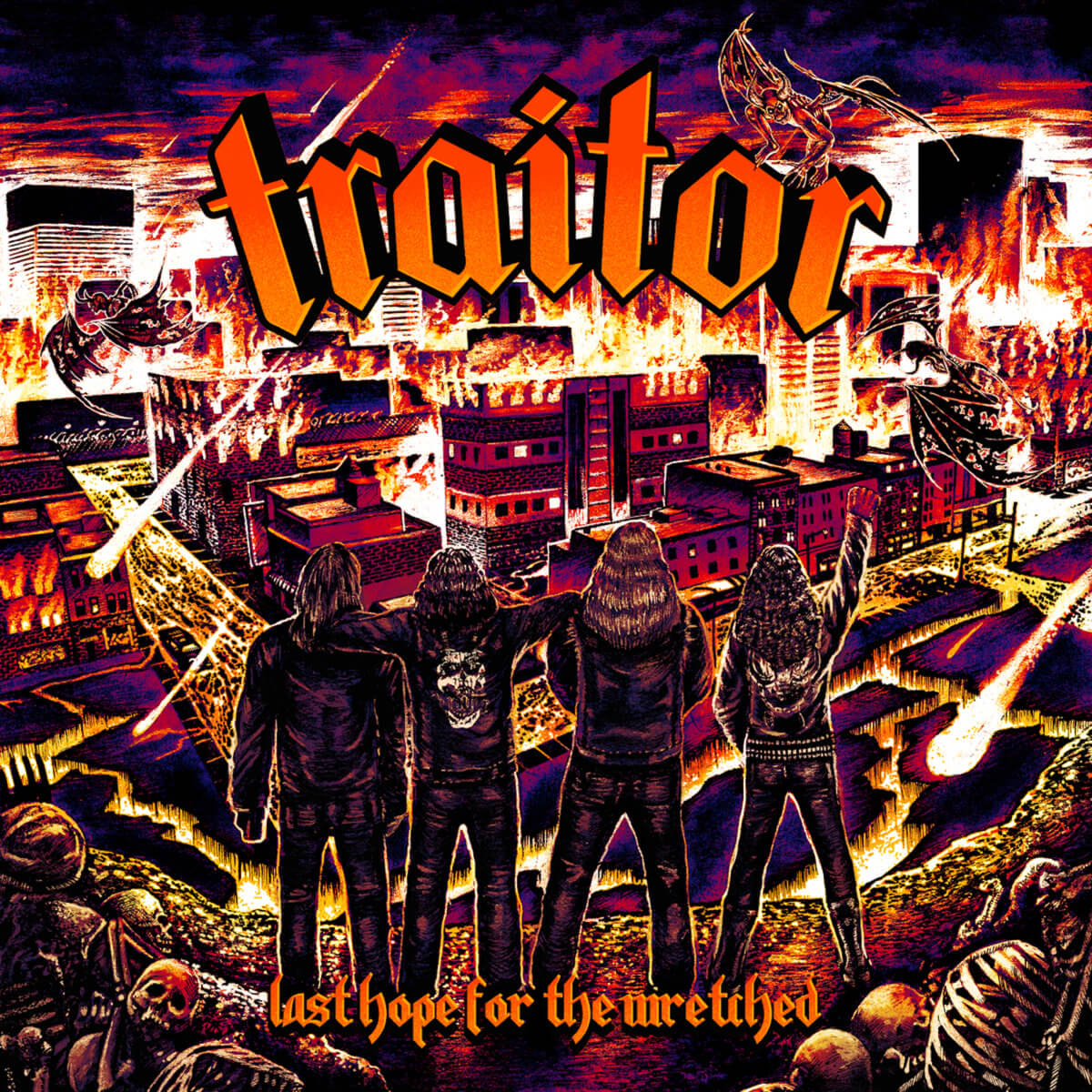 Finally this month we have Philadelphia’s Traitor, who have delivered an absolutely devastating album in the shape of Last Hope For The Wretched…

It’s only the end of January, but these guys have already staked a claim for track of the year with the utterly fantastic Why They Fear The Night and, in all honestly, the rest of the album is not far behind. Greg Lundmark and Brian Mikus have developed a guitar sound between them that my colleague Michael Stronge might accurately have described as ‘absolutely filthy’,  a gloriously cloying, sticky noise that coats everything it touches with pure metallic fury. On the band’s American Civil War epic Antietam, a track which takes in pure heavy metal thunder and then mixes it with classic thrash to create an unforgiving, unholy maelstrom of sound, the band sound like absolute masters of their trade.

As you might imagine, we encounter literally hundreds of heavy metal bands as we go about our business here at the Crusade each month, and very few manage to grab you by the scruff of the ears, throw you up against the wall and demand you just stop what you are doing and listen to them quite as effectively as Traitor do on this album.

Lundmark and drummer Joe Rado contribute lead vocals, with Mikus contributing backups as well, and this doubling and trebling of the vocal duties further adds to the glorious wall of sound created on Last Hope For The Wretched. This is a band that has successfully absorbed the best that heavy metal has produced over the last forty-odd years and somehow synthesised those sounds into something that, if in no way new, is incredibly fresh and exciting to listen to. As I type, the out and out speed metal attack of Under Attack – which sounds like a glorious mixture of Abbatoir and The Rods – is rattling the window frames in the most riotous way imaginable, and I strongly urge you to put the joinery in your home under a bit of strain too by indulging your ears in this glorious racket. Release of the month!

That’s it for the February edition – have a great month and see you all again soon!