Greetings all, and welcome to a really cracking June 2021 edition of the Crusade – there’s loads of good music for you to enjoy, so I will shut up now and let you all get on with it! 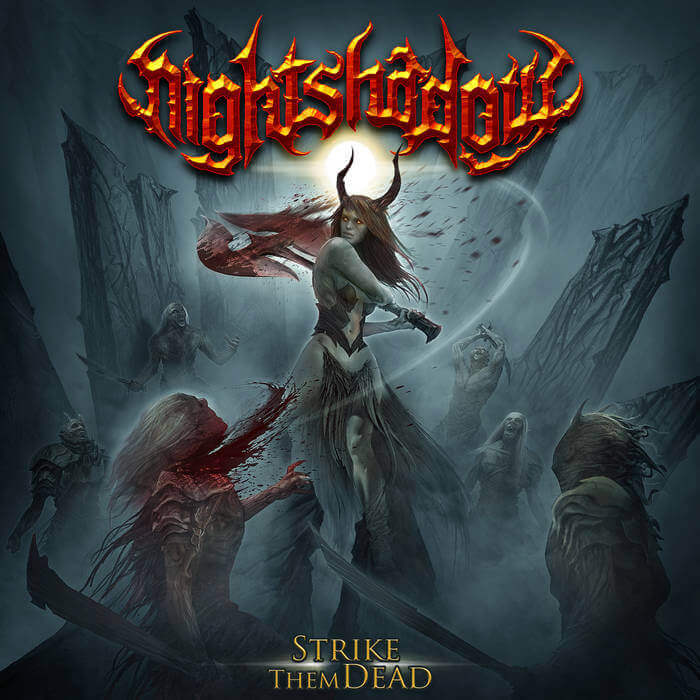 Hailing from San Diego are, quite simply, one of the best US power metal bands I’ve heard in a long, long time in the shape of Nightshadow. Taking the best elements of Stryper at their heaviest, Iron Maiden and Helloween, these guys have completely blown me away with their debut full length, Strike Them Dead!

Not the most immediate at first contact, the band’s sound takes a little bit of living with before it finally, deliciously gives up it’s secrets. But once you’re with the Nightshadow programme, there’ll be no stopping you, let me tell you! The central plank of the band’s album, the tracks Love & Venegeance, Children of the Night, False Truths and the title track provide the listener with some of the most compelling metal of 2021 to date, and in Blood Penance they might well have come up with this reviewer’s song of the year!

As ever with this style of metal, the ears are drawn immediately to the lead vocals and the guitars, and in all respects this band is equipped with players ready to take their place on the World stage of heavy metal. Vocalist Brian Dell gives a faultless performance, sounding a bit like Stryper’s Michael Sweet when he really goes for the throat, whilst the guitar pairing of Nick Harrington and Danny Fang deliver an astounding series of razor sharp riffs and devastating harmony leads. The rhythm section isn’t far behind, with bassist Chris Bader holding down the bottom end solidly whilst drummer Sean Woodman delivers salvo after salvo of ear-battering percussive destruction. Not just release of the month – release of the year so far! 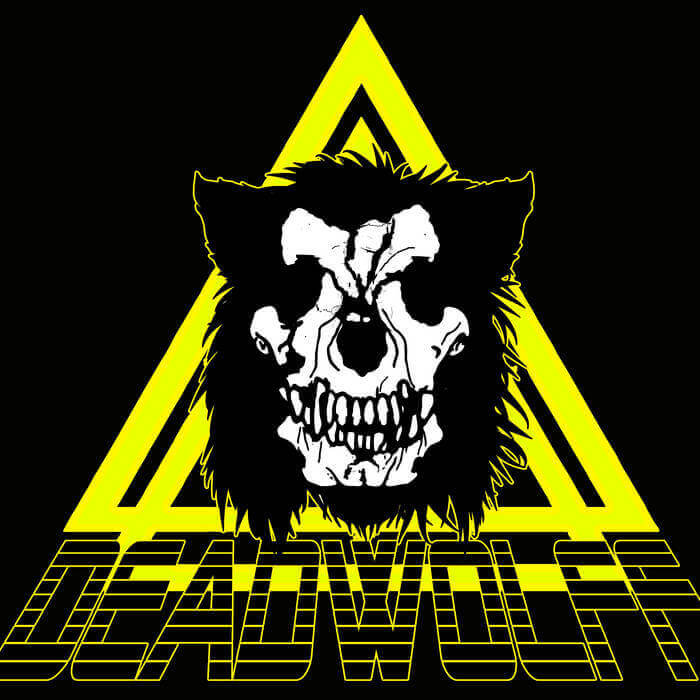 Staying on the North American Continent, our next stop is Toronto, Canada, and the heavy rocking metal of Deadwolff. The pumping bass work of opening track Walking on Nails, together with the scorching and very raw lead guitar immediately brings to mind NWoBHM names like Saxon and Tank to mind, and that’s generally the air that the band create over the course of this five track EP that was originally released in demo form last year.

Although only a duo, the band unleash a pleasing racket, with the as-noted raw sounds leavened by some nice melodies and the more rock n’roll orientated vocals of Thomas Wolffe, who doubles up on bass duties whilst Bobby Deuce handles those ear-shredding guitars. Every track features great guitars, and if your’re a long term fan of heavy metal in it’s most primal forms you will absolutly lap up the likes of Double Up. Fans of the punkier side of metal will feel similarly about the loose and lethal assault of Wanted Man, but whatever your taste I think you’ll find these guys deliver the goods in great fashion. Great stuff! 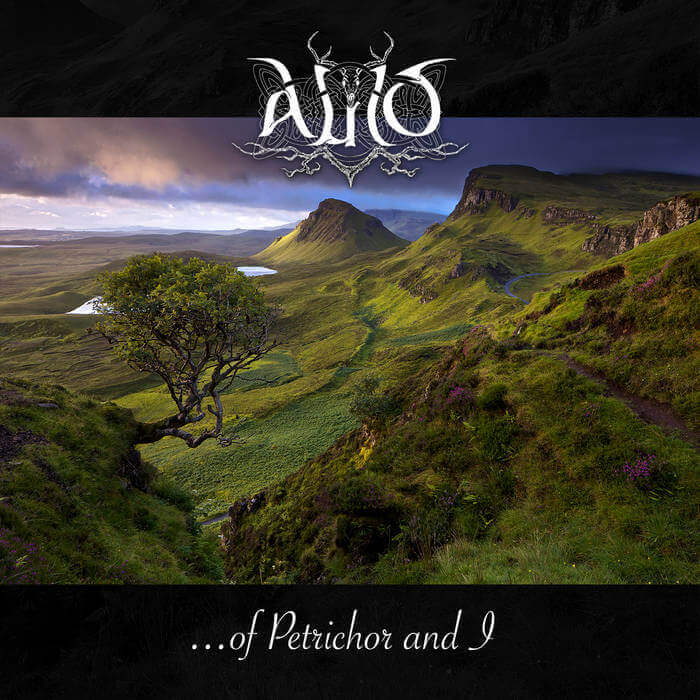 I don’t know a great deal about Canberran black metallers Auld, but here’s what I have been able to piece together… They’ve just released a three track EP, entitled … Of Petrichor and I, they are a quartet and, erm, that’s it. Keen observers of the Australian underground will also tell you that guitarist Daniel Weber and drummer Arron O’Cearbhaill are both former members of fellow Canberran outfit Claret Ash, but after that you’ll just have to take the music at face value with no other background info…

… Which is quite lucky, because the music wrenched out of Auld’s four-man attack is quite something. Fusing a little celtic instrumentation to heavy metal tunes is, of course, nothing new, but Auld attack the job at hand with so much enthusiasm – and masses of strident, ear-snagging melody on standout track Am Fear Liath Mòr – that any doubts about the originality of their art are quickly pushed to the back of the mind. Superbly produced and faultlessly played, there’s a lot to like about all three of the tracks on offer here, and I’m looking forward to hearing a full length dose of these guys ASAP. 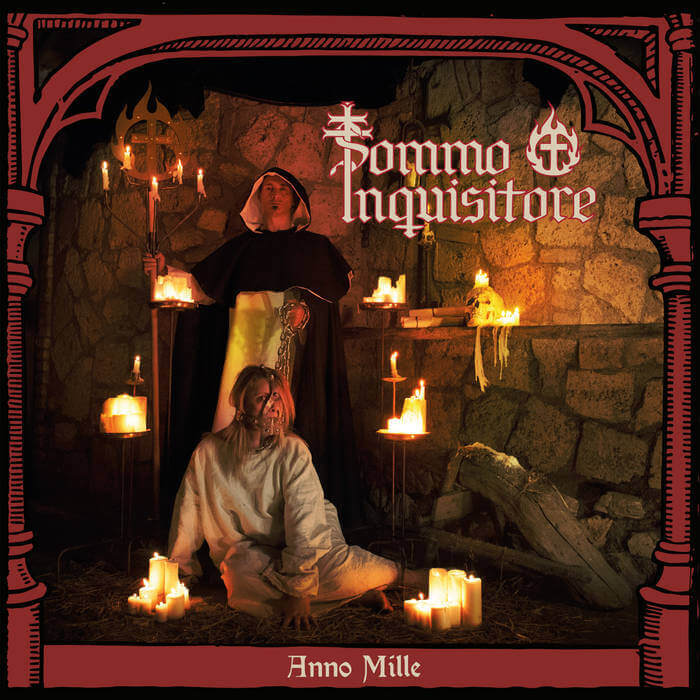 Sung in Italian and Latin, naturally, vocalist The Grand Inquisitor takes you on a journey of faith, taking in pestilence and torture, over the course of eight slabs of fast-paced trad metal that’ll have fans of bands like Mercyful Fate and Hell or even Italy’s own Death SS salivating at the sheer, unrelenting horror of it all. His declamatory vocal style fits the music perfectly, and even if your linguistic skills don’t stretch to the mediterranean, let alone the middle ages, you’ll still get a full sense of the grandeur of the tales unfolding in front of your ears.

Andrea Mattei unfurls some tasteful lead work, particularly on the strident Malleus Maleficarum, but for the most part this album is about the semi-operatic vocals, which are always front and centre in the superb mix. Angéle De La Barthe is more thoughtful at the start, adding a folk element that Ritchie Blackmore would be pleased to call his own, before exploding into another bombastic round of gloriously overblown metal, and if you’re a fan of anything Italian and neoclassical then this might just be what you’ve been looking for… 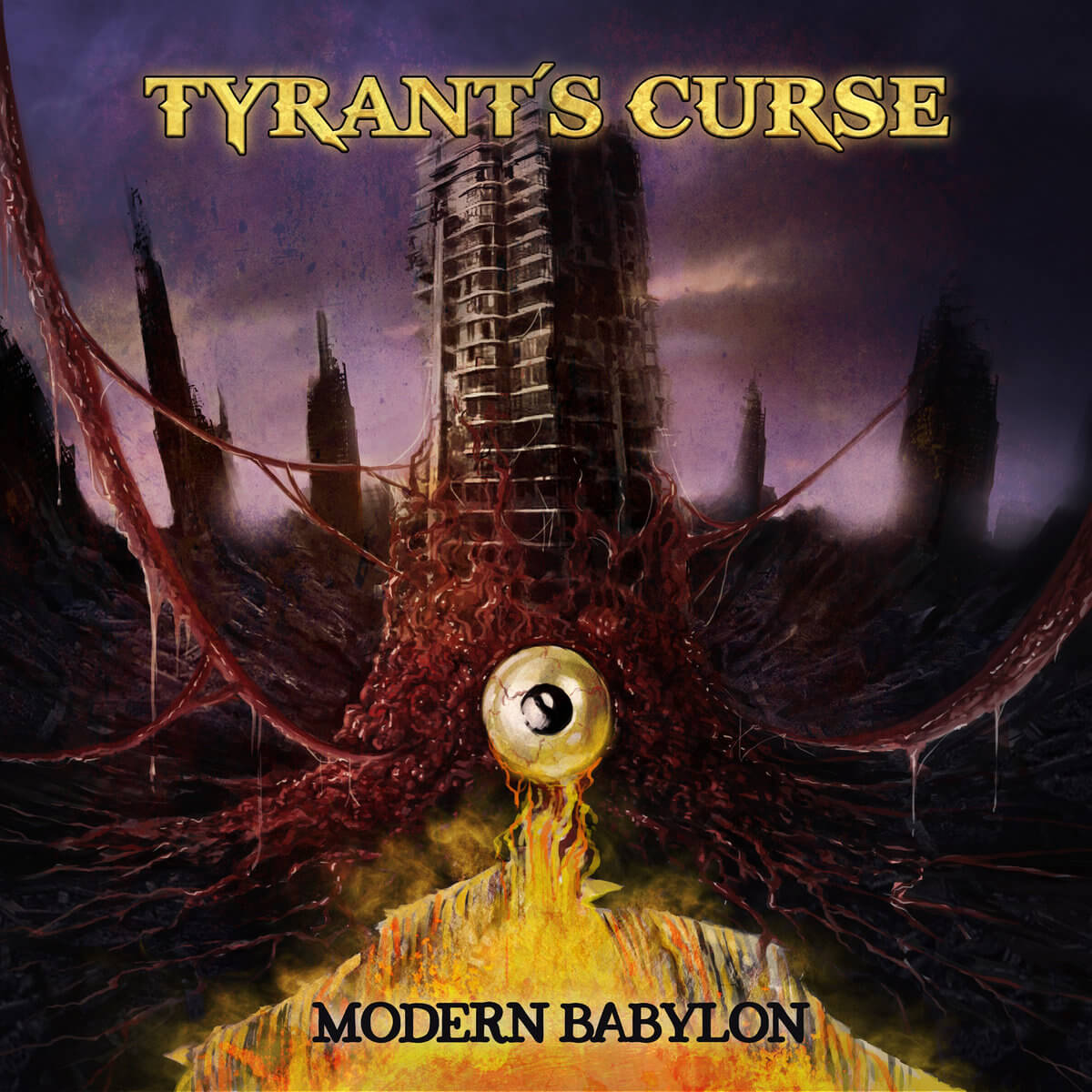 Lastly this month we head to Mettmann in Germany, where we find power metallers Tyrant’s Curse. Essentially a solo project by Sinforce alumnus Andreas Leyer, Tyrant’s Curse purvey a concise sort of power metal that is low on frills but pretty high on metal thrills!

Leyer is a capable vocalist who sensibly sings within himself here, giving the songs on new album Modern Babylon a sense of urgency with his impassioned yet controlled singing style that is backed up by a lot of memorable riffage. Second track on the album Another Fallen Angel really hits the bullseye, building steadily and absolutely drenched in drama, culminating in some superb lead guitar work in the solo section, somewhat reminiscent of latter day Queensrÿche in it’s execution and style.

The project’s motto is ‘metal has no boundaries’, but they don’t stray too far from the path on Modern Babylon, and you’ll lap up tracks like How To Kill a Lie if beefy, modern power metal is your bag.

And that’s that. I hope you all enjoyed this month’s selections as much as I did!