Hello and welcome to another Crusade! We’ve got what the Two Ronnies might have called ‘a packed show for you tonight’ so I’ll shut up and let you get on with listening to what we’ve dug up for you this month! Cheers! 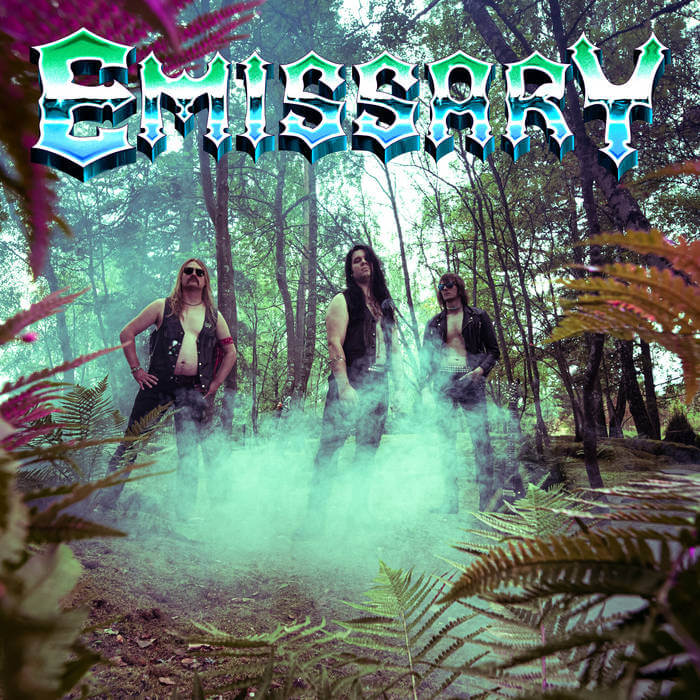 Finnish madmen Emissary call their style of music Extracelestial power metal, but there’s so much going on on mayhemic tracks like Rising Order from their new self-titled EP that I’m tempted to call them the new and undisputed kings of kitchen sink metal!

Seriously, these guys cram so much into this track it’s quite likely you’ll need a team of assistants to calm you down and deliver cooling balms to your brow after every listen. The band – remarkably just a three piece – pile on the pressure with idea after idea going into the sausage machine and coming out of the other side like an exhilarating mix of Iron Maiden, VoiVod and very old Helloween – which is obviously a big win in anyone’s book reading Sentinel Daily!

Tales From The Third Age has an even more primitive vibe, more in the nuclear/barbarian metal fields; icy keys puncture the dense fog of rifferama created by Dimi Pontiac, who reveals himself to be something of a modern day guitar hero with a stinging series of leads throughout the release.

Shattered Illusion is a bit more classic metal in mood – although even here the track opens with some ripping thrash a la New Yorkers Whiplash circa 1986 – with bassist Liro giving a commanding vocal performance to go along with his excellent, grinding four string tones.

Seriously I haven’t enjoyed a release on first hearing as much as Emissary’s in a long long time – and I stumbled across it by accident whilst looking for a different band of the same name… how great is it when that happens? Release of the month and then some! Buy or die! 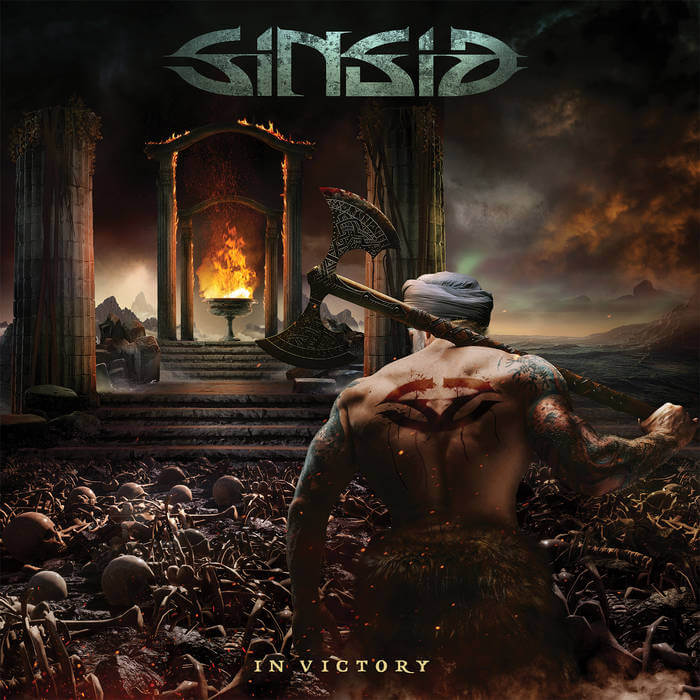 To Norway now, and some more traditional fare in the shape of Norway’s Sinsid, who deliver up simple, no-holds-barred heavy metal thunder in fine style! In fact the band are so simple as to appear a little naive at times – it’s almost impossible to believe that their hand-on-heart sincerity is delivered without any irony in 2022, and yet one listen to the result of this sincerity – the stomping anthem Metalheads – carries you along on the tide such is it’s impossible-to-deny sentiment and ridiculously catchy chorus!

Secret of the Beast is similarly hard to resist, adding a bit of early-eighties Manowar to the mix to further ramp up the hysteria; a brooding, pompous epic that would have been hailed a classic for the ages if it had come out in 1984, it once again drips with leatherbound authenticity, thanks to a wild eyed vocal from Terje Singh Sandhu and some searing old school axe work from Sten Roger Knutsen and Even Håvold.

In Victory, the band’s new album, is their third in four years and if you love the anthemic strains of true metal coming out of Scandinavia from all of the Norse lands right now then this is most definitely another album to add to your shopping list. Great stuff! 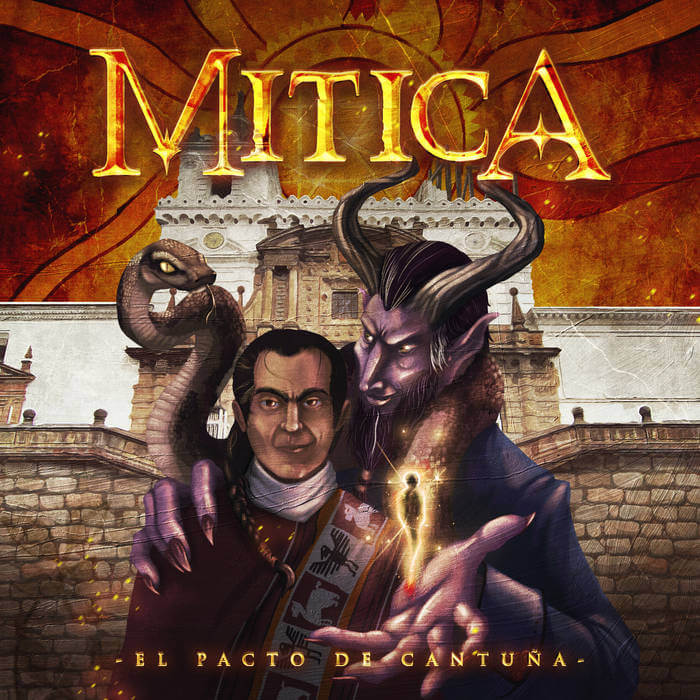 Ecuador isn’t somewhere we usually visit on the Crusade, but I couldn’t let this little two-track nugget of brilliance go unnoticed, so here we are! Mitica are a classic power metal band, and on this new EP, entitled El Facto De Cantuna, they deliver just that, but they deliver it with a whole lot of style and passion.

The style comes on the rollicking title track , a stirring headbanger that you won’t be able to resist getting involved with on a physical level, whilst the passion comes from the semi-balladic La Vida en un Baso (Warcry), which takes the listener from sombre reverie to full on, rabble-rousing mayhem in four minutes flat. Deibys Artigas has a fine voice, and the fact that he sings in Spanish gives the music an added emotional punch, especially on that second track.

Short and sweet then – two track definitely isn’t enough, but I’m hoping we’ll get some more material from these guys very soon! 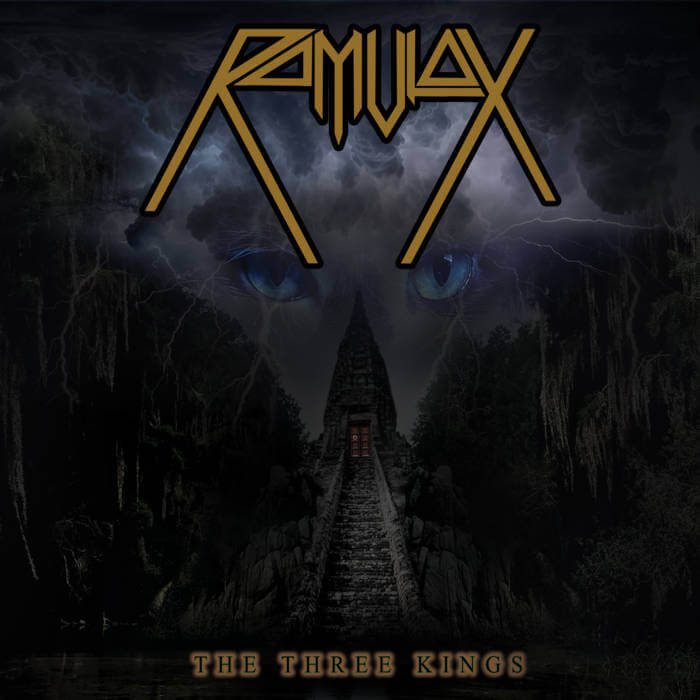 Meanwhile, over in Indiana, a metal storm of some violence is brewing…

Duo Romulox are a trad metal-inclined pair of rhabstallions who run a nice line in American metal with a NWoBHM edge. Odin’s Revenge expands on that theme a little with the addition of well-placed death metal chanting of the title, whilst the bass-led Traitor’s Gate suggests Jaron Clark (bass/vocals) and guitarist Matt Reish might have a bit of a thing for the NYC thrash stylings of names like Anthrax and Nuclear Assault…

But whatever the influences, these guys mix them up well enough to keep every track on the right side of engaging; a lot of thought has clearly gone into the arrangements and pacing of the album, meaning that there’s never a point over the thirty minute run time where the listener’s finger starts hovering over the skip button. Every track has something to offer, and you’ll find yourself returning to this album a fair bit if you give it a go.

The title track rounds things out in what can only be described as ‘Maidenesque’ style, but it’s not perhaps the type of Maidenesque you might be expecting given what’s gone before on the album, proof once more that these guys are more than happy to experiment within the parameters they’ve set themselves. Get an earful and you’ll see what I mean… Well worth a listen! 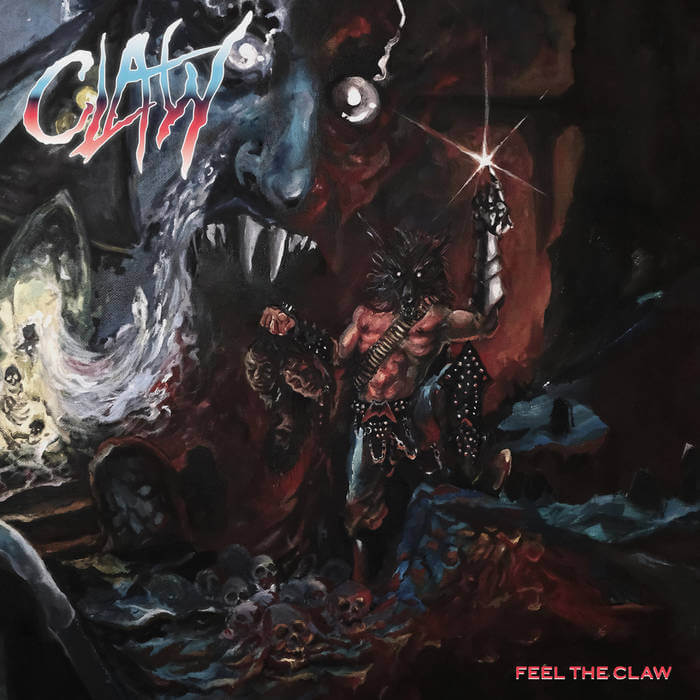 Any band that features a pair of guitarists named Chris Crücifier and Infernal Pröwler is obviously going to be of interest to us here at The Crusade; however a name is just a name, so we’re pleased to report that this German quartet has the music to match such a fine pair of monikers…

Greasy, raw but above all authentic, Claw sometimes mix in a late-seventies new wave aesthetic into their otherwise Motörheadish metal which only gives them a nice point of difference but also provides some nice little barbs with which to snare the ear and pique the interest of the listener.

Of course, you may not be interested in playing spot the influence, in which case you’ll be happy to hear that Feel The Claw, the band’s new album, works perfectly well on a more visceral beer-drinking and hell raising level too, meaning that it presents us with one of our favourite situations… the win win!

The tight-but-loose playing on standout cut Howling Winds of Vengeance reminds us here of The Damned jamming with American death legends Deceased – Blasphemic Böarstard has King Fowley‘s clattering drum/unhinged ranting schtick down to a perfect tee – and there are many enjoyable moments to be had if you prefer your metal on the more unvarnished, simplistic side…

That’s all folks – I sincerely hope you found something to get your teeth into amongst all that metal! See you next month!