From the Archives: ‘Fast’ Eddie Clarke

From the Archives: ‘Fast’ Eddie Clarke

There was a bloke who ran a stall on Maidenhead Market – known only as Punky, despite his advanced age and long, straggly hair – who, despite being quite obviously dodgy as fuck, was a purveyor of what we know in the trade as ‘the good stuff’.

How he came by US import albums and was able to sell them at low, low prices was nobody’s business but his, but by buggery we were pleased he did. At least once a month I’d make the train trip over to his outdoor, under-canvas metal mecca, and all through 1985 he kept me supplied with what I needed. And what Punky couldn’t provide, Shades could.

Shades record store was legendary. Situated in a shack round the back of London’s also legendary Marquee Club in Soho, it was the place to be. Run by three um, legendary figures, the proprietor Mike Shannon, his thrash lieutenant Dave Constable and hair metal guru Kelv Hellraiser, Shades attracted metalheads from all over the world with its stock of rare and extremely desirable HEAVY METAL.

If they were in town you were likely to be able to shoot the shit with members of Metallica or Slayer in Shades, everyone just hanging out and listening to whatever Dave or Kelv decided to give a spin. Obviously this congenial atmosphere was magnificent for sales; I left hundreds of pounds in that little Shack in 1985…

Someone you wouldn’t have seen in Shades around that time was ‘Fast’ Eddie Clarke. Eddie was too busy selling millions of records to the Yanks in Fastway, and in 1985 he was working on and releasing the excellent Waiting for the Roar album.

Eddie, you’ll remember, had left Motörhead a couple of years earlier, after the comparitive failure of the unfairly maligned Iron Fist album, hooking up with UFO’s Pete Way to form a new, bluesier, more hard rocking unit. Flakey Pete, however, got a little confused and, even though the band had signed to major label Epic, decided to jump ship and hook up with Ozzy Osbourne for what were to become the sessions for the Bark at the Moon elpee.

However, Sharon Osbourne was having none of this – she’d denounced Way as a ‘bad influence on Ozzy’ and unceremoniously fired him, leaving Way jobless but therefore free to form the eventually excellent Waysted. But that’s another story for another time…

It’s Eddie we’re interested in at this point, and thankfully one of metal’s most influential axemen has agreed to answer a few of my banal and oh-so-predictable questions for our general delectation…

My first question is centred around the ongoing popularity of the ‘Head. I talk to maybe twelve to fifteen metal musicians a month as I go about my business, and ALWAYS at least half of them site the ‘classic’ Motörhead lineup as a big influence or inspiration… what do you think it was about the band at the time of your tenure as guitarist that spawned such consistently brilliant material – chemistry? An alignment of planets? Pure luck? “I suppose we had a unique take on things with the hair, the leather, the bullet belts! I think originally it was about attitude –  If you don’t like it – Fuck Off! This did cause us a lot of problems with the business as we scared them to death but the fans really appreciated our honesty and could relate to our attitude. We were just like them and without them we would have got nowhere”.

The affable guitarist expands on his theme: “The seventies was a rough time for everybody in the UK. All the bands had gone to the USA and there was only punk or Motörhead so we stood out, and the kids up and down the country were just grateful to have something they could relate to. As for the chemistry, when you have fuck all you just get on with it, but it did work well. But also we had fuck all else to do so we kind of had to soldier on. The planets were obviously in our favour and eventually we did get some luck, but you kind of make your own luck and we made ours by sticking together through thick and thin and believe me there was a lot of thin. I do believe we all need a bit of luck to succeed and eventually we got ours”.

“I think the material was born out of our determination to keep going. We had so many false starts and disappointments that by the time Overkill came round in 1978 we had stored up a lot of energy and ideas and we were just waiting for the opportunity to show what we could do. Also we had a great following and we always felt we owed it to the fans who had been with us from the beginning. If there is one thing the three of us agree on it was how great our fans were. Then came Bomber in the same year. We were so pumped up we knocked it out in no time at all. These two albums were probably the truest albums as they came purely from the heart and we were smoking! Ace of Spades was different. By then we were on our way and things have a way of changing but fortunately we just got the album done before things started to fuck up. No Sleep Til Hammersmith was the next album and this was relatively easy as it was just a case of recording some gigs but we managed to make it quite difficult as we were becoming quite difficult! This album was a great success but the rot had already started to set in so by the time we did Iron Fist the chemistry of the early years was all but gone.”

Did you feel you’d taken Motörhead as far as you could when you left? “I suppose at that time Motörhead had in fact gone as far as it could. I had not decided to quit. I was forced out by the other guys who for different reasons felt the need for a change. This kind of happened around the Iron Fist album. We had stopped working well together so the demise was inevitable.”

After Motörhead  you found even bigger commercial success stateside with Fastway – two very different bands sonically. How did your approach to songwriting differ between the two outfits? “With Fastway I did everything just the same as I always had. We would go into the rehearsal room, I would come up with a riff, we would start working on it and a new song was born. I have to say the first Fastway album was like Overkill or Bomber, straight from the heart and full of genuine good stuff”. 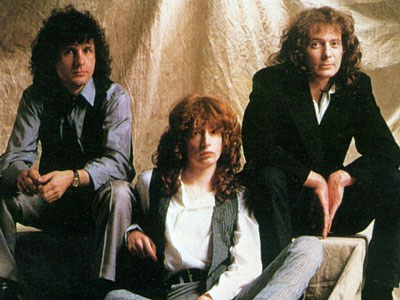 And, looking back, what are your personal favourite songs from the two bands? “My favourite songs by Motörhead I would say are Overkill, Stone Dead Forever, Ace of Spades, The Chase is Better Than the Catch and the solo on Lawman. Fastway favourites would be; Feel Me Touch Me, Say What you Will, Another Day, Heft! And Telephone”.

It’s always good to know that your heroes think along the same lines as you. Stone Dead Forever is by far my favourite Motörhead song! But enough of the past. Do you listen to much new music? What’s likely to pop up on the Eddie Clarke iPod? “I am afraid I do not listen to many new bands – I guess I am all musicked out! As for my personal choice I listen to all the things I listened to in the seventies as that was my time and I have not heard much to surpass it. You must remember I would go and see the Yardbirds, John Mayall, Cream and Hendrix in my early years and that takes quite a bit of beating. I think this also added to the chemistry of Motörhead as Lemmy and I were brought up on the same music and this was probably a big factor in the success of the band’s material.”

Everyone who is interviewed by this column is asked to imagine they are the curators of their own, money-no-object, time-travel-is-possible music festival – which five acts would you have at your dream music festival? And would you hold it at Port Vale? (note to our youngstes in the audience: Motörhead headlined the famed Heavy Metal Holocaust festival at Port Vale football ground in 1981) “My dream gig? The four mentioned above with the addition of AC/DC, Led Zeppelin, Santana, Humble Pie, Blackfoot and of course the Motörhead I was in. Port Vale – why not? With a line up like that anywhere would do. I would like to add that Hammersmith Odeon was always my favourite venue.”

Mine too! That’s actually ten bands, but ya know what? I don’t care. This is Fast Eddie Clarke we’re talking to! He can pick as many bands as he likes!

And now – the near future. What do the Next twelve months or so have in store? “The next twelve months? I will keep writing tunes and maybe do some shows with the Fastway line up from 2007. It would be nice to do some Fast Eddie Clarke shows so I could do Motörhead and Fastway material and some of my Anthology stuff as well but we will have to wait and see about that. It gets harder to put things together these days.”

This article was originally printed in Canberra’s BMA magazine.