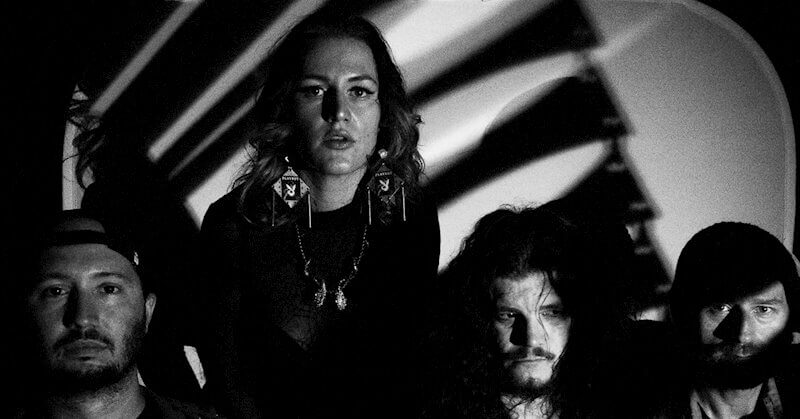 Brisbane prog-metal powerhouse Sunset Junkies released their magnetic single Let It Out last month from their upcoming sophomore album Darkness Visible. Produced by the band’s creative force Byron Short and mixed by Grammy award-winner David Bottrill (Tool, Muse, Peter Gabriel), Let It Out presents a perfect cross-section of the bands’ influences, with the groove metal riffage of Faith No More and rhythmic dexterity of Tool balanced out by the choral excursions of Devin Townsend and the Avantgarde ambience of Peter Gabriel.

Sunset Junkies boasts a unique amalgamation of progressive metal, djent, and rock to create a swirling and powerful wall of sound that is both easily accessible and robustly apprehensive. Since releasing their debut album Cosmos, the band has forged a respected name for themselves as one of the finest prog-metal bands in South East Queensland. Building on the grandiosity and scope of Cosmos, Darkness Visible explores the depths of the soul rather than the expanses of the universe and the result is a progressive metal masterpiece. 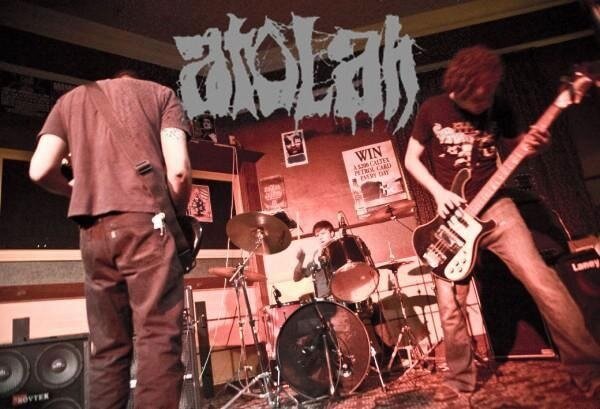 Formed in 2007 in Perth, Western Australia, heavy stoner and doom act Atolah burst into the scene with their first acclaimed, instrumental EP Relics via PsycheDOOMelic Records in 2009, followed by extensive touring schedules all over Australia. After a longtime break, Atolah have finally announced their return with the release of the Post, Cross and Yoke EP through Sleeping Church Records!

Back in 2010, the band relocated to The Netherlands and two new members were recruited, while they also added vocals for the first time in Atolah’s history. A year later, they entered the Void Studio, run by Pieder Kloos (The Blood Ceremony, Peter Pan Speedrock ) and recorded Post, Cross and Yoke, which was never released properly due to the band going on hiatus shortly afterwards.

Fast forward to 2020 and Pierre, the band’s founding member and main songwriter, resuscitated Atolah in Melbourne, Australia. It is only in 2021 that new members were found: Clint (Hand of Doom Radio/Thaw) on guitar and drummer Tim (Clagg). Finally, and almost ten years after recording this beast of an EP, November 12, 2021 will see French underground powerhouse label Sleeping Church Records release Post, Cross and Yoke for the first time ever on CD and as a double EP bundle!

“Atolah is back, continuing with a new Melbourne line-up.” Bassist/vocalist Pierre comments. “We are really excited to be back on the Aussie doom landscape after all these years and cannot wait to play shows with so many quality bands. This “half release, half re-release” will enable us to play our old songs, some of which have never been played live outside of Europe. The past is alive so to speak, however, we will soon be working on new material and hopefully reach a new audience.” 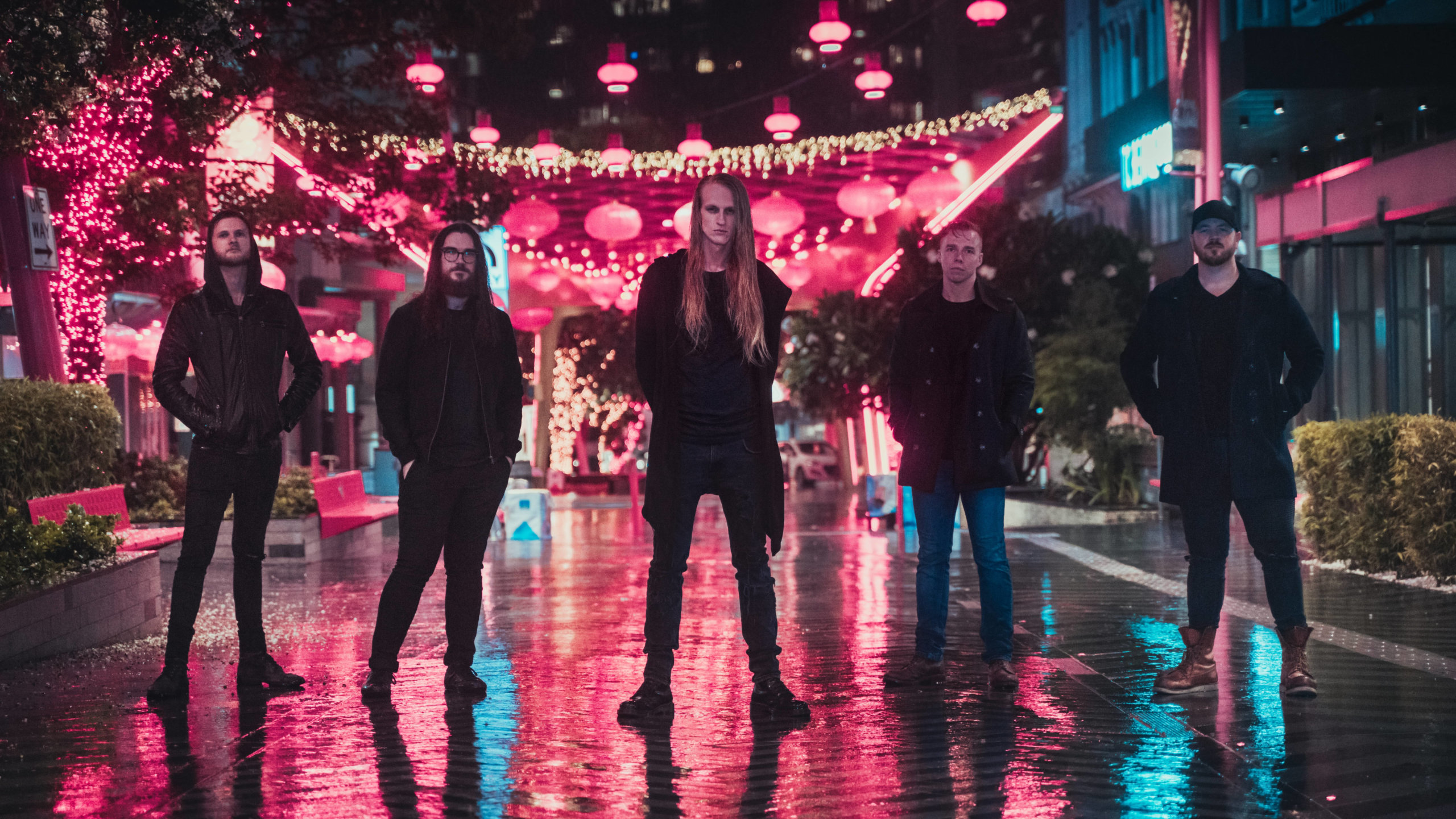 Brisbane-based proggists The Stranger have unveiled the live music video for  new single Jungles, which is out via Octane Records & Wild Thing Records. Taken from their highly acclaimed album Kaleidoscope, Jungles is a multi-layered, complex in its construction, varied and dramatic track that warrants multiple listens.

Capturing an energetic live performance peppered with backstage antics, the band’s ever growing fanbase will be treated to ferocious riffs, infectious melodies and a propulsive rhythm section wrapped in a high-quality production package! With the release of their Blue Sky Coffee Jungles blend too, The Stranger have your prog-metal and caffeine needs covered.

Says bassist Linc Morse: “Jungles has a special place in our hearts. Not only was it the first song to be written for Kaleidoscope but it was the first song with the current lineup. Originally we wanted to release a version of it as a live music video as the third single from Kaleidoscope, but due to ninety nine per cent of our shows being cancelled or postponed, we had no chance to shoot the extra footage we needed to complete the video. Fast forward almost two years since the first footage was taken and we can finally deliver our vision. Paired with our exciting signature coffee collaboration with Blue Sky Coffee and an equally exciting shirt run (revealed soon), Jungles, now the fourth single from the album, is complete”

Incorporating influences such as Opeth and Dream Theater, the band has forged a respected name for themselves in the Australian metal scene with their eclectic mix of progressive metal, djent and funk and has performed alongside names such as COG, Caligula’s Horse, Voyager, Ne Obliviscaris, Monuments, and The Ocean. Coming off a successful release of their sophomore album Kaleidoscope which charted at #4 on 100% Independent Albums and #10 Independent Label Albums as well as garnering global coverage, The Stranger are the epitome of hard-working virtuosic musicians who are here to prove that even a global pandemic won’t stop them! 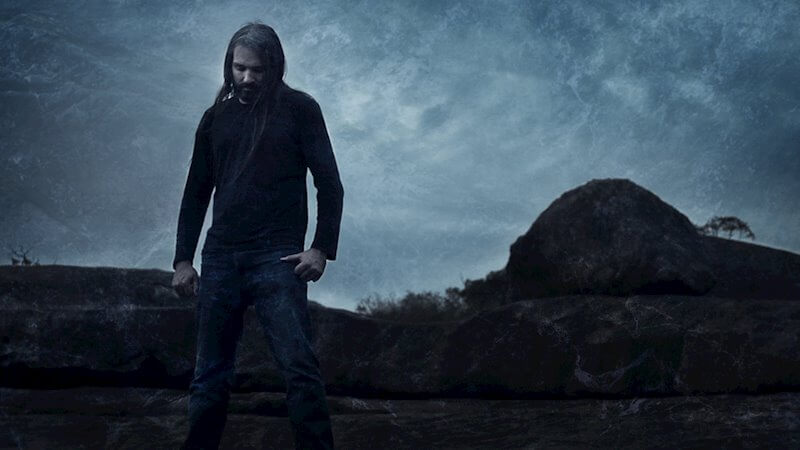 Lithik is a solo project from Australian metal scene veteran Ray McGill (Bane of Isildur, Spherical, Metal, Bastardizer). All songs are written by Ray, who also plays all guitar and bass, as well as contributing lead vocals.

Embracing the relentless passing of time and our own insignificance, Lithik has cast out it’s debut album Weather The Storm. Across six tracks and twenty eight minutes, Lithik spans the expanse of black metal and doom, with an organic, melodic, and sombre aesthetic evoking the harsh, rugged, and eternal landscapes of Australia. Lithik’s music is at times aggressive, at times haunting, despairing, and atmospheric, and the new album is set for release (digitally and as a limited-edition vinyl edition) on November 5th.