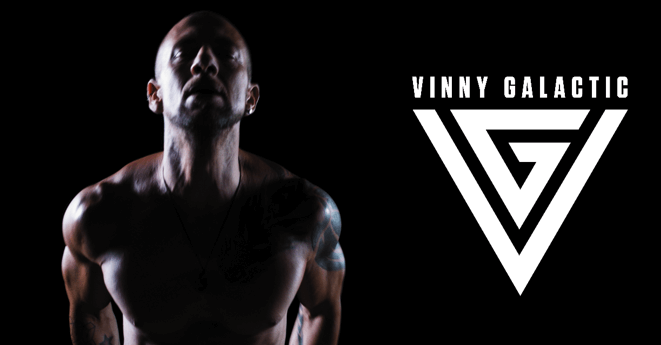 Vinny is a well known and respected part of Australian rock scene. Initially being part of hard rock outfit Freestate who released two albums and toured the US twice, and then was part of renowned heavy hitters, Bellusira who released their monstrous debut in 2013. His time there lead to him joining My Secret Circus and he is also now a driving force behind XCalibre.

As a solo artist, Vinny is in full creative control of his music and on debut single, Sleeping, he says “Sleeping is about dealing with our raw emotions, fears and isolation. Currently humanity is divided in a slumber of uncertainty. However, I believe that we can awaken to a safer world of hope, empathy and unification”

Vinny says of the forthcoming Elements EP “During the first of many lockdowns here in Melbourne, I invested in completing my home studio. As the stay-at-home orders progressed, I was inspired to write music as an outlet, to help me express my feelings and views in order to deal with my mental health and frustration with isolation. That time was the birth of my EP Galactic Elements”

Sleeping is the first taste of Vinny’s debut EP, Elements, which is due for release on November 12. 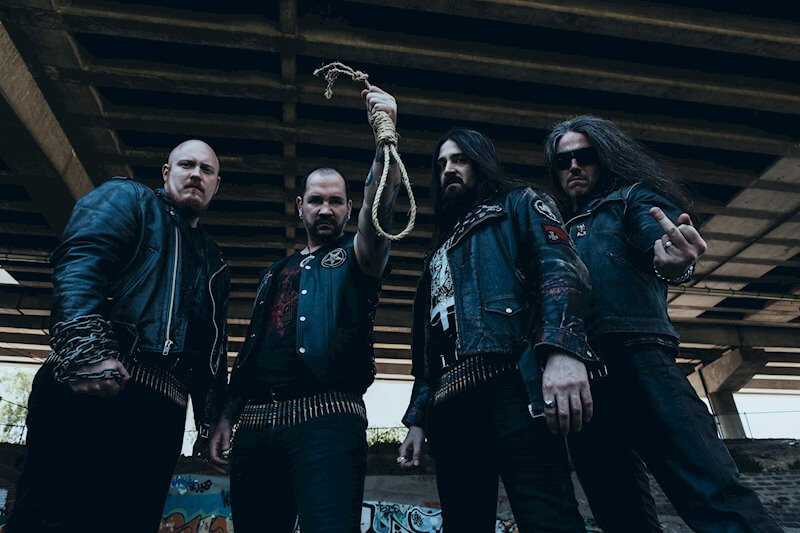 Nocturnal Graves sound the charge with their soon-come and very venomous new offering, An Outlaw’s Stand. Coalescing the nastiest and rawest elements of death, thrash, and black metal, the Melbourne-based outlaws’ brand of apocalyptic metal explodes like an atom bomb, leaving utter devastation in its path. The relentless onslaught of pure brutality lets one message ring clear – Long live death!

The band were originally formed in Victoria, Australia in 2004. Two well received demos, Profanation of Innocence and Deathstorm, followed in the same year. Quickly securing a deal, the band officially released the Necromancer 7″ vinyl in 2006 before unleashing their cult debut full-length, Satan’s Cross, the following year.

Fast forward a decade and a half and, at the onset of the world plunging headfirst into the pandemic, the band locked themselves away to write and record their fourth assault, An Outlaw’s Stand. Upon reflection, this new offering encompasses the entire history of Nocturnal Graves, compiling eight tracks of sheer ferocity and raw, untamed black and death metal.

The album is set for release on January 7, 2022 through the Season of Mist label’s Underground Activists imprint. 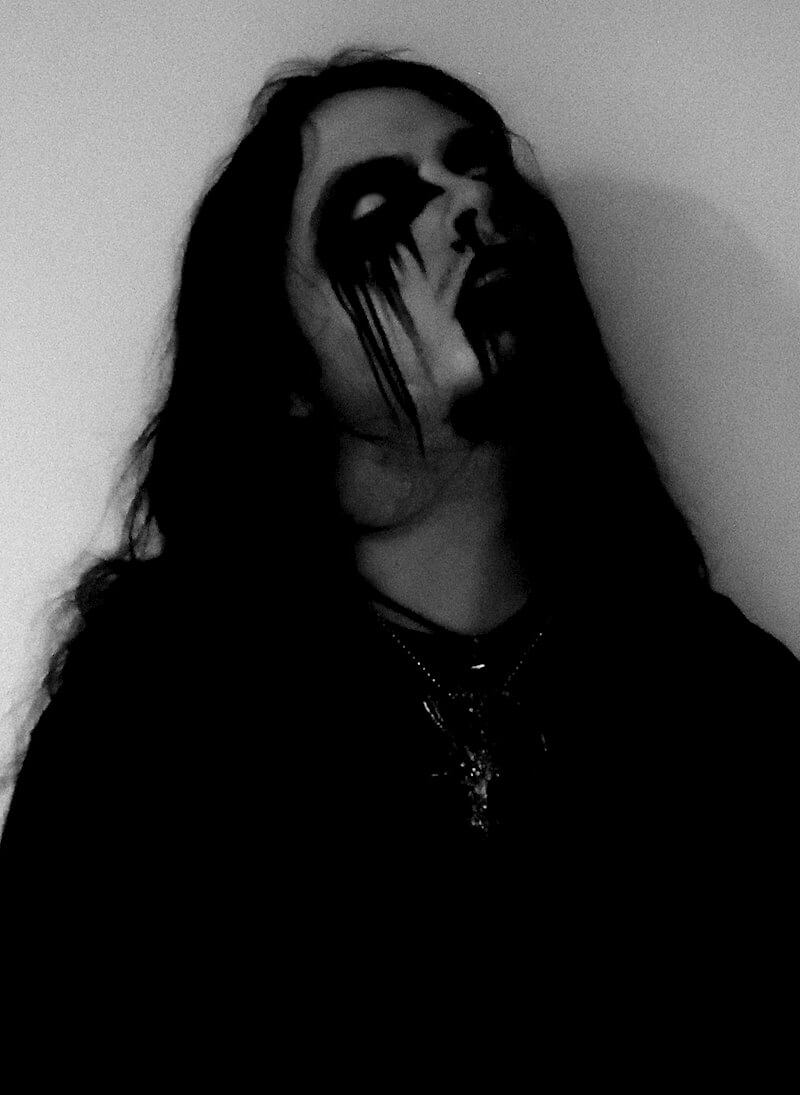 Seance Records, spellbound by crepuscular full moon misanthropy will release the first full length album from New South Wales’s Rift… Entitled To Quench the Thirst of Wolves, the album is set to be unleashed on December 3rd 2021. This work of sombre yet savage lycanthropy springs from the dark mind of Balam, whi is perhaps best known for  his work in Pestilential Shadows.

Rift first tentatively bayed at the moon in 2006 with the EP, Eyes of the Basilisk. Soon after in 2007, To Quench the Thirst of Wolves was recorded but Rift lay like the beast, sleeping in the shadows – waiting for the lunar call to awaken in 2021 and finally be completed with the addition of vocals by A.S (Order of Orias).

Now a duo, Rift is a beast that bares its jaws to the night sky with a sublime, seductive splendour; a howling madrigal of supremely epic and atmospheric, melodic black metal that ebbs and flows with a brooding menace while the vocals of A.S unleash a wolven savagery that simmers with a primal urge for blood. All framed by a sombre, tenebrous dusk, so evocative of the night, which blooms with magnificent full moon splendour as choral passages swell and soar, while atmospheric interludes beckon the darkest spectres and most unholy lusts that linger in the night.

Balam originally began Rift as an avenue to explore different themes to those found in Pestilential Shadows. Thematically Rift delves into the supernatural world, predominately lycanthropy and the legend of the werewolf. Inspired by traditional folk lore Rift seeks to restore some mysticism from a forgotten time when humans co-existed with a rich world of spirits, witches and otherworldly creatures including the werewolf. By exploring transitions and the transformation from man to beast the werewolf represents the fine line between beast and man – the repressed violence and primal savagery that simmers just below the surface of human-kind. The beast in man is also intricately intertwined with nature, while we live apart from nature in industrialised comfort the blackness of the forest looms, always on the horizon reminding us that we are but beasts of nature, reliant on the cycle of seasons and only a breath away from returning to our true beast nature.

Don’t be fooled by the beauty in darkness or the awe inspiring orb of the moon, for it summons the beast waiting in the shadows… a beast in all of us, that is all fang, fur, claw and unbridled blood curdling savagery… 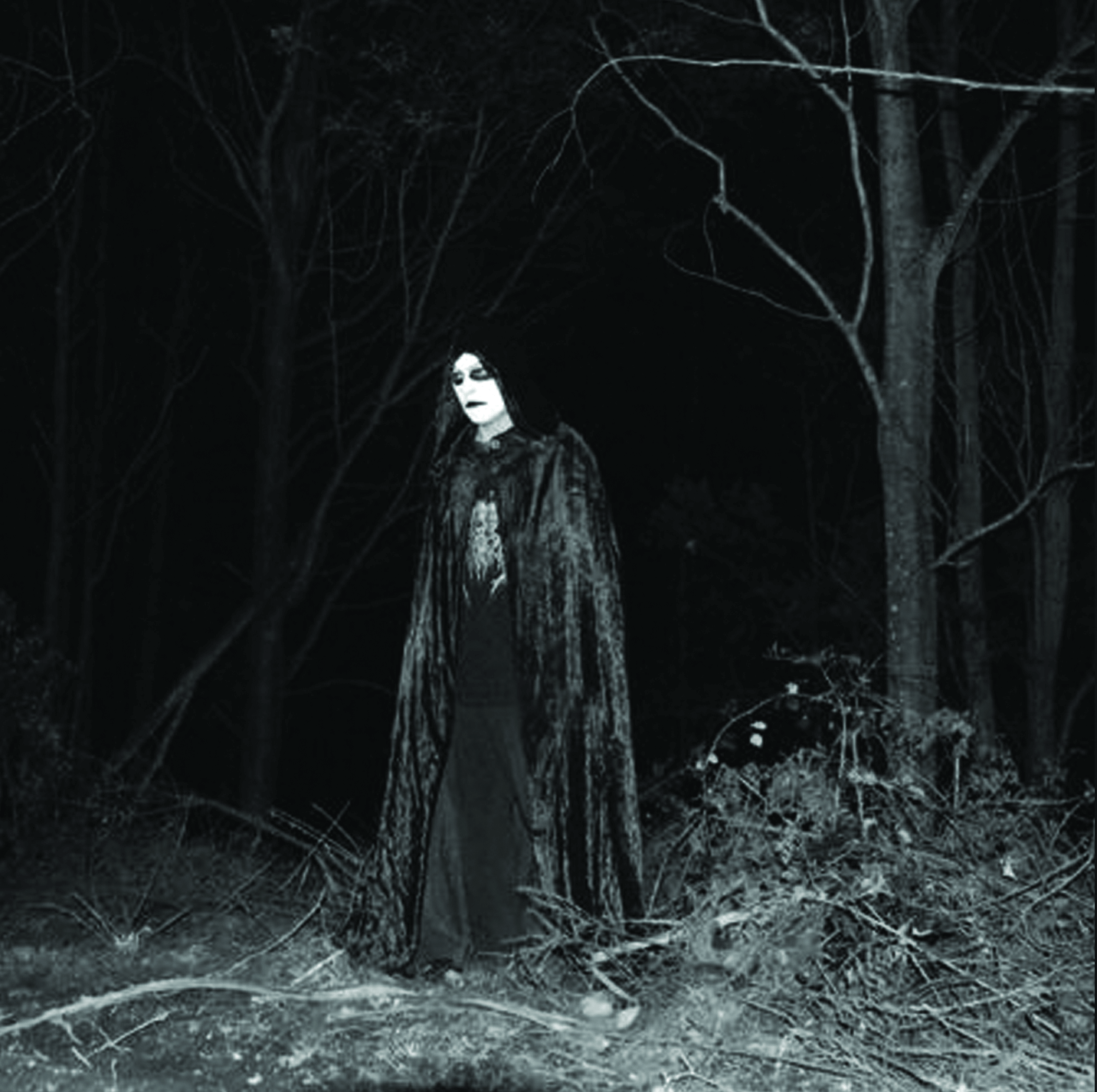 5th October 2021 is getting near, and fans of the Tasmanian one man band Striborg should be getting excited as that’s the date set for the reissue of Ghostwoodlands, the album originally released way back in 2007…

This record can be considered a milestone in Striborg’s evolution, as the mastermind Sin Nanna switched his production to digital recording after many albums released from the late nineties onwards in analogue format.

The reissue of Ghostwoodlands has seen the collaboration of three labels: Satanath Records from Russia, Rude Awakening Records from Italy and The End of Time Records from Ireland: many changes will be apparent to long time fans, starting from the cover, with a new piece of art made by the artist Mary Kankava (hellcatfairyart) and a remastered sound the by Black Dwell Records studios of Roman Sapozhnikov. Available copies will be limited to five hundred CDs worldwide.