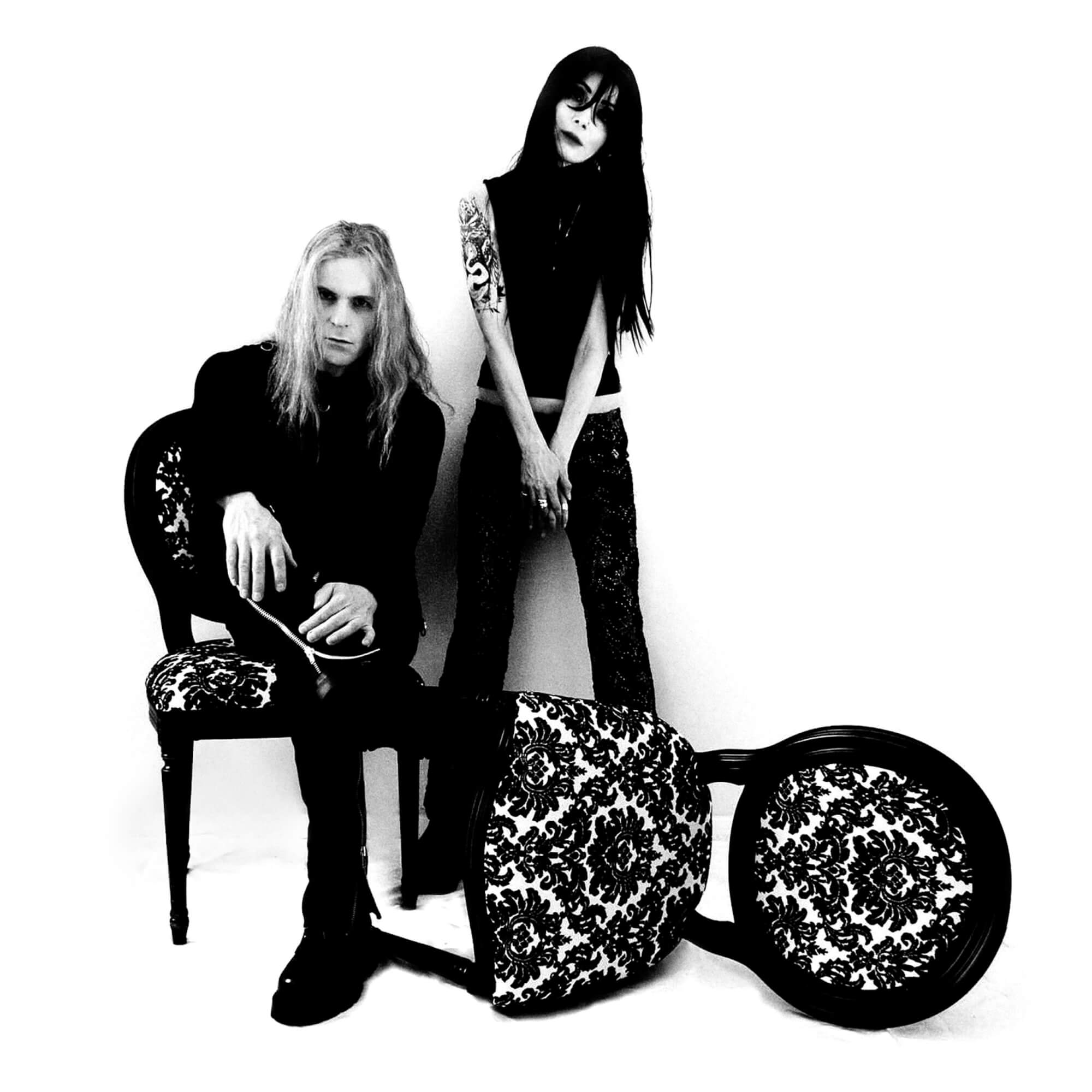 After initially releasing their highly acclaimed debut album Sombre Romantic independently in 2000, the group shot to international prominence, signing with Massacre Records in Europe and The End Records in the US. They toured extensively in Europe, the US, Mexico and Australia during the nineties and naughties, sharing the stage with peers such as Paradise Lost, Cathedral and Opeth.

The elusive group will release Sombre Romantic to streaming services for the first time ever on November 25, along with a brand new music video for the single Walk Without Limbs ( set to drop on November 18).

“It’s a composition that clearly still resonates with a lot of people and as one of its composers it’s sobering to reflect on how it’s forever marked me,” vocalist and keyboard player Rowan London commented.

“It was born of humble resources that ultimately could not constrain its grand visions. I’m unapologetically proud of it and grateful that it will finally make its first legal and official appearance on Spotify et al.”

An incredibly ambitious work, Sombre Romantic manages to carry a focused, signature dark spirit through its entirety, despite daring to thrust together doom, classical, opera, gothic and industrial elements without locking the band into one specific genre. The album has long been hailed as a landmark release for the scene and holds a special place in the hearts of many fans of dark, esoteric music.

The upcoming single Walk Without Limbs epitomises this experimentalism, combining hard, cold industrial-like beats with a menacingly dark soundscape that builds to a chaotic crescendo where utterly spine-chilling vocals enter to punctuate its finale. Elsewhere on the album, Museum Of Iscariot remains incredibly potent to this day as a truly heartbreaking piece, its at times “bare-bones” presentation of lone acoustic guitar and solo voice setting up an immensely emotional impact with the wailing guitar leads.

Following the release of their self-titled demo cassette, Virgin Black quickly developed a cult-like underground following in Australia in the mid-nineties, with local fans cramming into darkened venues and inner-city basements to audition the dark, melodic songs from composers Sesca Scaarba (lead guitar) and London that would ultimately be heard throughout the world.

Virgin Black has released a total of five studio albums to date. The 2003 follow-up album, Elegant… and Dying, further enhanced the band’s reputation, and in 2006, the group announced that a three-part Requiem would be released.

However, only two out of the three were initially released (Requiem – Mezzo Forte in 2007 and Requiem – Fortissimo in 2008) before the band mysteriously disappeared, leaving even their most hardcore fans wondering if they would ever hear the missing piece of the puzzle. Finally, a decade later, the group reappeared, and Requiem – Pianissimo became a reality.

Now, over two decades after its original release, Sombre Romantic will be available on streaming services globally from November 25. It will also be available as a high-quality digital download from the Dark Escapes Music Store. 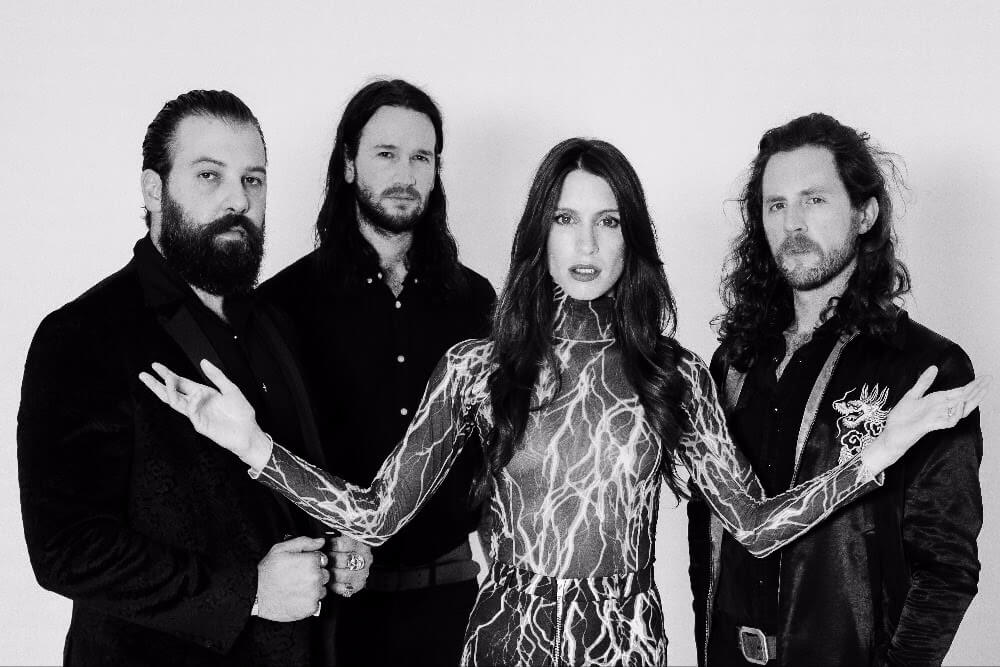 Melbourne’s finest purveyors of vintage rock, Devil Electric have released a spectacular, highly creative video for Take The Edge Off, taken from their upcoming new album, Godless, set for release on November 12.

Take The Edge Off is about the irony of looking for utopia in dark alleys. The chorus “I took the edge off, now the edge is where I’ll be” refers to how our choices for escapism are the reason we need to escape in the first place. We are all guilty of turning to our vices to ‘take the edge off’ a day, a week, a damn global pandemic but a hasty cut can make the edge more jagged – particularly if your mindset is way off kilter.

The incredible music video for Take The Edge Off was created during Melbourne’s Stage Four Lockdown, where band members, the creator of the stunning video and the world were confined to their houses during the global pandemic. Each member of the band filmed themselves performing the song in their homes and were painstakingly edited together into an organic landscape of ghostly interiors and evolving skies that were rendered frame by frame by artist, Moya O’Brien.

Taking influence from sixties/seventies psychedelic and giallo horror films, the painterly scenes drift through a house, and as the song progresses the experience changes despite cycling through the same space.

Devil Electric’s highly anticipated new album, Godless, is a collection of ideas and experiences that can simply be described as “the next evolution” of their sound. While keeping true to the band’s DNA, you’ll still find the heavy grooves and tones of seventies inspired hard rock as Godless takes it one step further by peeling back to a more LoFi sound, a credit to producer Julian Schweitzer who worked with the band on the album.

There’s a high level of stylistic experimentation on Godless that emerged in the freedom of the studio. You will be hit with these moments, unchained and lyrical, in songs like Your Guess Is As Good As Mine and I Will Be Forgotten. In others, like Take the Edge Off, there is the familiarity of Devil Electric’s self-titled debut album but more progressed and twisted into new tonal shapes and raw melodic edges.

Lyrically, Godless took inspiration from Pierina’s bookshelf with songs All My Friends Move Like The Night, Mindset and The Cave paying homage to Plato, F. Scott Fitzgerald, Joe Hill and Paul Tremblay. She keeps pace with the band but never misses the chance to bring the signature big sweeping melodic vocals she has become known for.

Godless is not over-thought and at times it’s raw as hell – but that’s the point.

As always with Devil Electric, there are a number of incredibly high quality bundles that include limited edition colour vinyl options and merch designs. These always sell out via their Bandcamp page, so get in fast!