Welcome back for another round of Aussie rock and metal news! 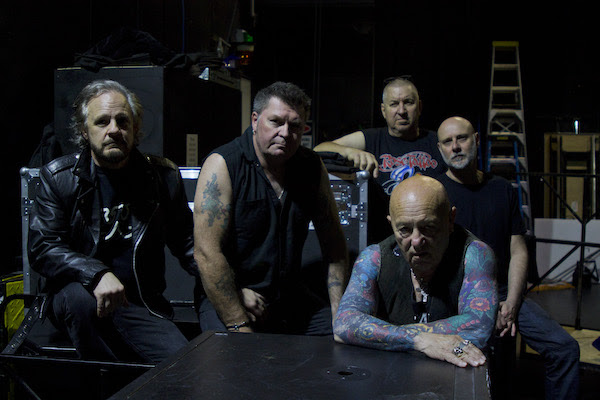 In the category of ‘cult bands’, Rose Tattoo has been at the top of the pile since 1976. Their raw style of blues rock that the Australians manage to create out of a hot mix of slide guitars, pounding hooks with a sharp and tight rhythm, along with the unmistakable voice of their front man, Angry Anderson, have influenced some of the biggest rock bands around including Guns ‘N Roses and L.A. Guns, and the band are still going strong after over forty years years! Their sound is hard rock mixed with blues rock influences, with songs including Bad Boy for Love, Rock ‘n’ Roll Outlaw, Nice Boys, We Can’t Be Beaten and Scarred for Life rightfully taking their place in the Pantheon of Australian hard rock’s greatest tracks.

The band’s Blood Brothers album was originally released in 2007 before being reactivated on CD by Golden Robot Records a decade later with bonus live tracks. In 2021, the album gets a vinyl makeover from the label, with a bumper seventeen track double album version set for release on August 20!

LP 1 Side A:
Black Eyed Bruiser
Slipping Away
Once in a Lifetime
1854
City Blues

LP 1 Side B:
Sweet Meat
Man About Town
Creeper
Standover Man
Nothing To Lose
Lubricated

LP 2 Side C:
Man About Town – Live
Black Eyed Bruiser – Live
Once in a Lifetime – Live 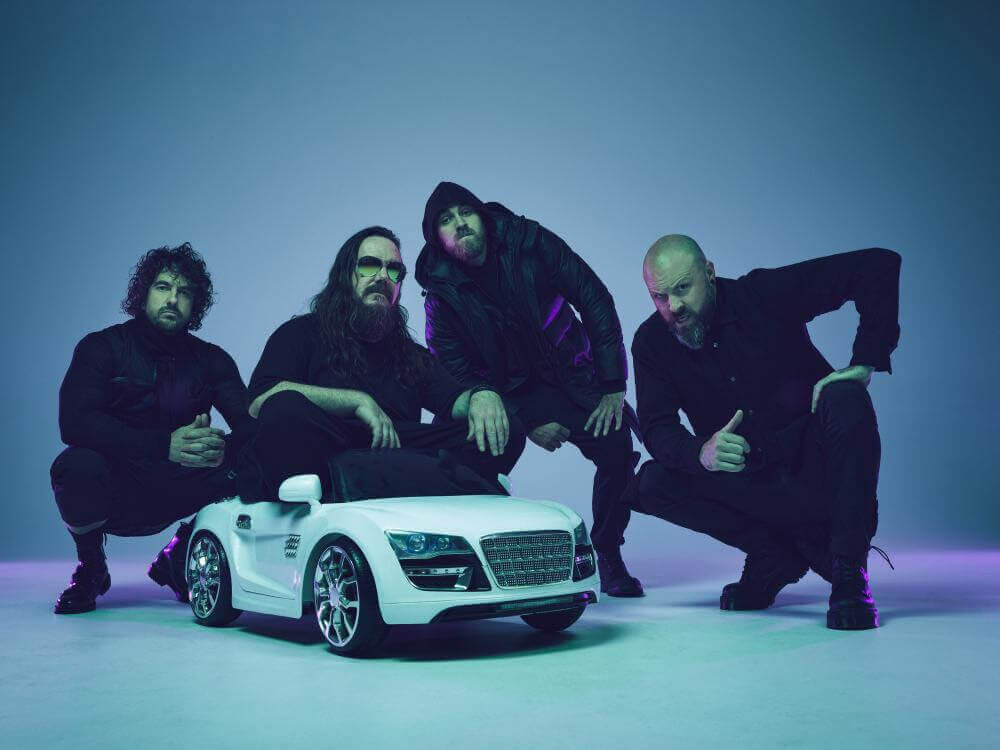 Australia’s maniacal rock-fusioneers Twelve Foot Ninja snuck back into the world’s eyes and ears last month with the stealthy drop of their single Long Way Home, the first taste of new music since their album Outlier in 2016. That single came with a 2D platformer video game. Fans who collected all twelve brick phones in the game discovered they could unlock the band’s music video for Long Way Home.

On Friday July 9, the band released Start The Fire, the second single from their upcoming album Vengeance, and today, they reveal its music video.

But the big announcement includes an incredibly immersive set of content that they have been quietly working on for over five years. In addition to announcing the pre-order of their hotly anticipated third album Vengeance (scheduled for an October 15 release), Twelve Foot Ninja also announce Project Vengeance which comes with a whole LOT more…

True to form, Twelve Foot Ninja aim to pull off something that no other musical act in history ever has before. In addition to the album Vengeance, the band is releasing a literary high fantasy novel called The Wyvern and The Wolf written by Nicholas Snelling – both novel and album are available for pre-order now and scheduled for release on October 15, with the first twelve chapters sent to you when you pre-order.

Set in a grim and savage world, The Wyvern and The Wolf tells the tale of an orphaned samurai boy called Kiyoshi who is adopted by the ruthless leader of a clan of ninja. Much more than a mere origins story, however, the novel is a tour de force in fantasy fiction and world-building, and represents a unique partnership with Snelling. Published by The Venn Gents, the novel can be pre-ordered now!

The original story of the Twelve Foot Ninja was conceived by the band’s guitarist/producer Stevic MacKay and his partner Fiona Permezel. It was that concept which first inspired The Wyvern and The Wolf.

Also available now from the band’s website is a graphic novel called Vengeance, written by Stevic Mackay with artwork by George Evangelista. The graphic novel sees the band’s namesake, the Twelve Foot Ninja, journey through alternate dimensions to take on an evil alien entity.

Mackay explains Project Vengeance: “This is an exorcism of content that’s spent a decade in gestation. Catharsis is close to what it feels like to finally share Kiyoshi’s story; and I guess respond to all questions pertaining to our name; All this time, so many have thought ‘Twelve Foot Ninja’ was tongue-in-cheek, when in actuality, the story’s genesis occurred a year before the formation of the band. I really hope our fans enjoy the vastness of what we’ve created, and we’re able to continue to surprise people with new methods of storytelling.”

Twelve Foot Ninja’s third album Vengeance is scheduled for release on October 15, 2021, through Volkanik. All the information about Project Vengeance can be found at the band’s website including how to pre-order the album and the novel The Wyvern and The Wolf. 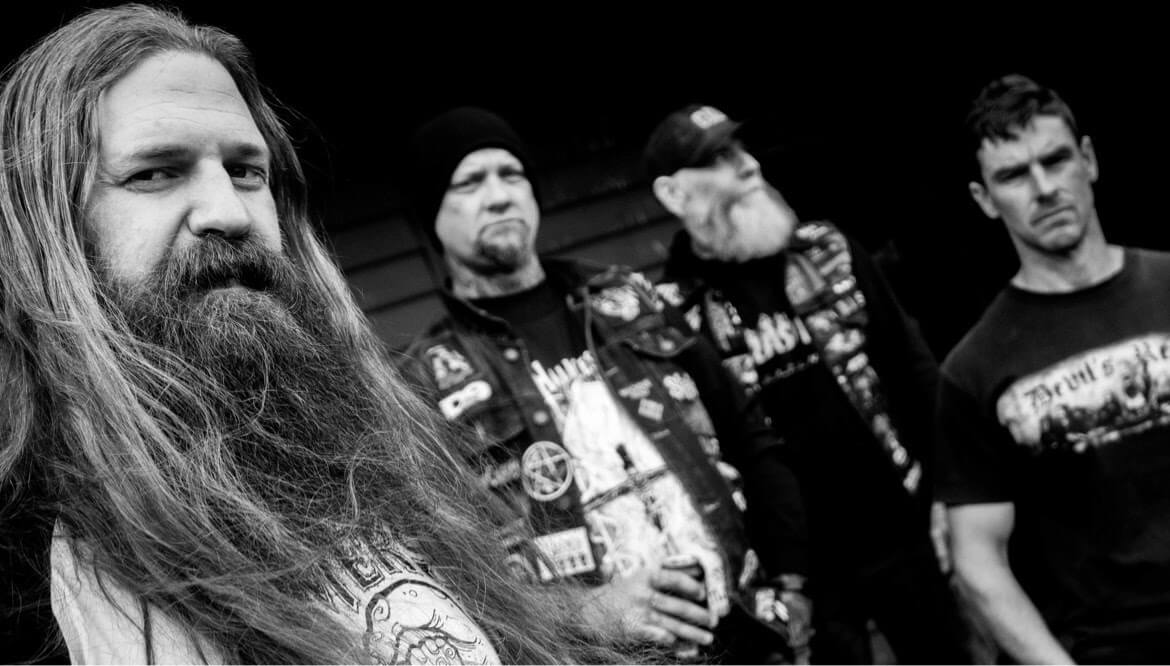 PistonFist hit crazy hard with their new single Rise Up, and now the band has announced a stack of shows to back it up. It’s been just over a year since the guys released their last slab of meaty riffs  in the shape of  On The Run, and the follow-up does not disappoint. The new single kicks in with a super punchy tom-driven drum intro, diving straight into high energy riffs and whiskey-soaked vocals with a staunch message with intent to motivate and uplift. Rise Up; it’s all there in the name; it’s about not listening to the bullshit. Not letting the pressures get to you and standing up and just being yourself no matter what that looks like. This is what some no-bullshit rock n roll sounds like…

With recent support slots backing up some of the countries most revered heavy and rock acts, including Thy Art is Murder, King Parrot, Frankenbok and The Poor. They guys have been putting together a sound and approach that’s been turning people’s heads ever since the band’s inception in 2018. PistonFist has made it known they are here to play ball, and with whispers in the wind of a full LP in the works for the new year, you can guarantee the beers and riffs will be flowing…

Catch PistonFist as they take their petrol soaked riffs of the road these coming months!