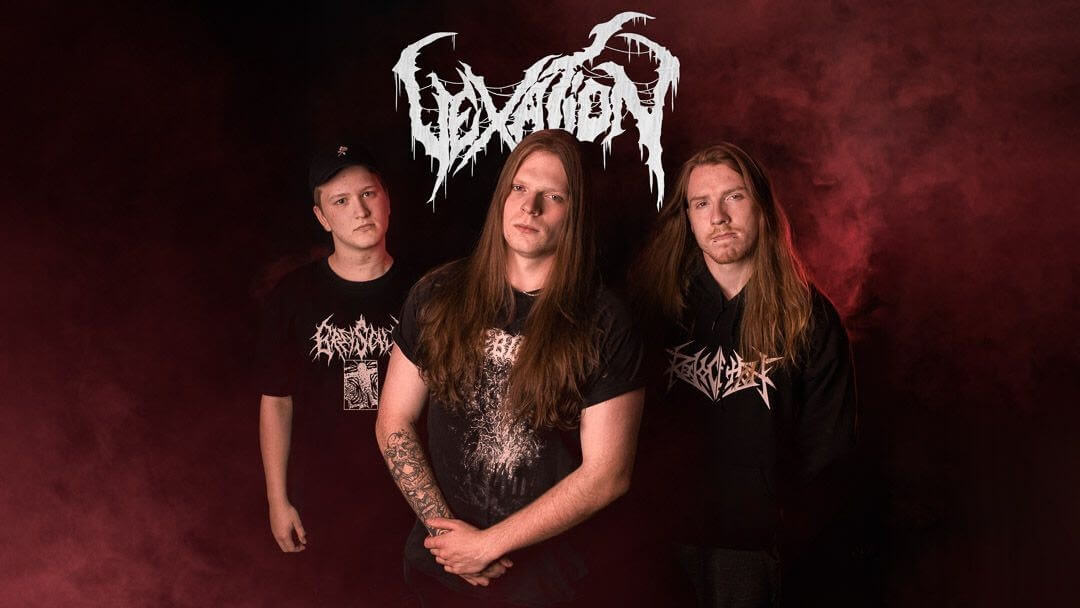 Formed in 2017 in Melbourne, Vexation deliver a crushing mix of death and thrash metal, screaming old school influence from bands like Death, Pestilence and Sodom. Throw in a dash of new school polish taking influence from Revocation and the like and you have Vexation.

Joining Vexation on their Dismembering Australia Tour are none other than Melbourne’s death metal legends Headless. 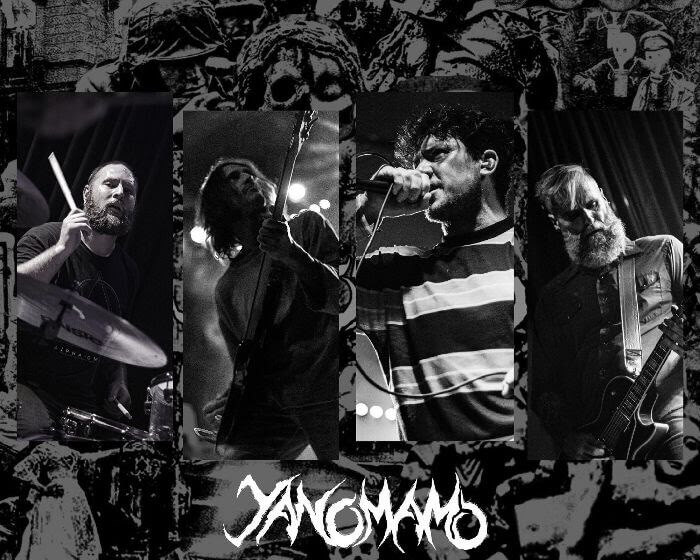 The band comments:“I’d had the main riff for about two years and I knew it was going to be a filthy groove… I couldn’t come up with anything to finish it off & then our drummer at the time, Jack, came up with the end riff which was a perfect match. I hope this song makes the listener feel like they’re being slowly dragged through thick mud … lyrically, I had the idea of a song about revenge and Scott (Tabone, our singer) did an amazing job of capturing that”

Dig 2 Graves drags you to the depths with it’s demonic vocals. Solid distorted guitars form a wall of sound whilst bass motifs sneakily input a bluesy feel. Bringing a psychedelic groove into the mix, the track manipulates the heavy sound with a transportive nature transcending boundaries of genre and style. Fully immersed in a void of dark imagery, Yanomamö evoke a haunting mood.

Yanomamö’s track is due for release alongside Northern Irish outfit Slomatics as part of an epic collaboration on vinyl. The split 7” blue vinyl, releasing via Iommium Records, contains their tracks Griefhound and Dig 2 Graves, and is set for release on the 27th August 2021. 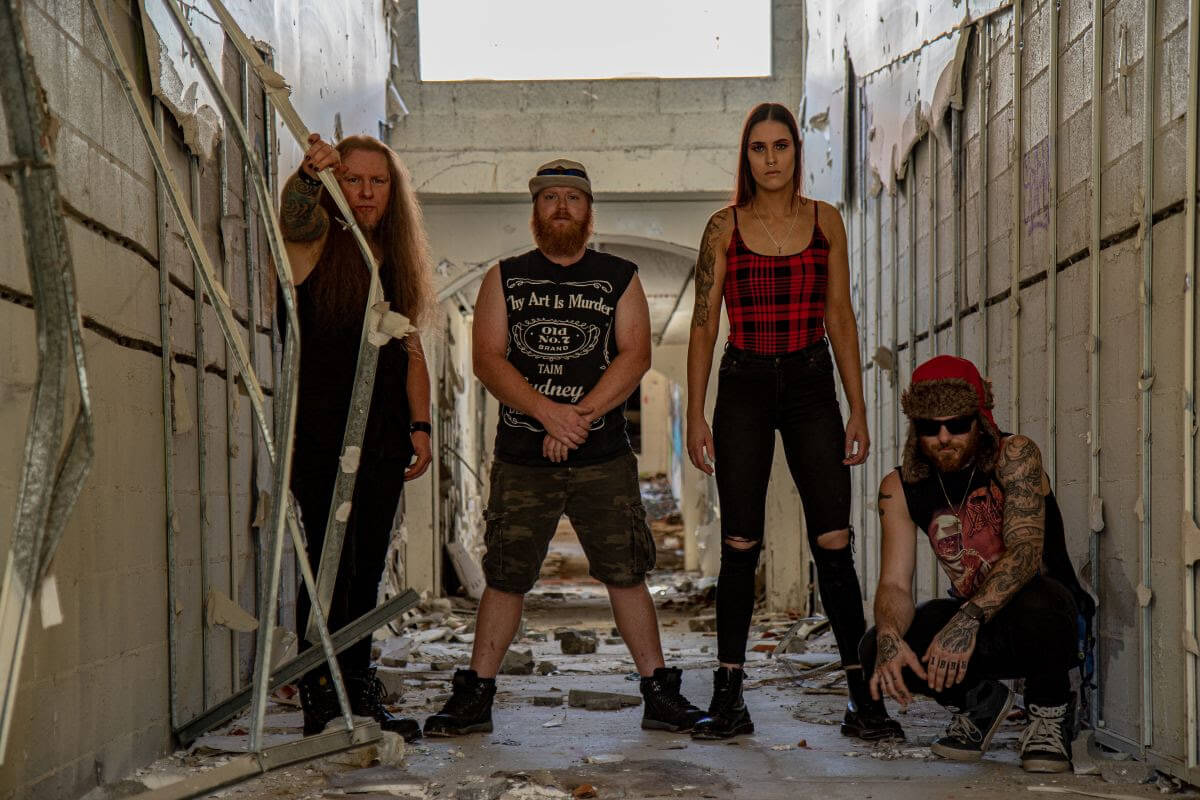 The EP will see a variety of metal influences including progressive metal, thrash metal, groove metal and everything in between. Listeners, your ears are in for a wild time.

In support of the announcement the band release a video for the EP opener Concrete Cowboy. Guitarist Aleks about the song: “Concrete Cowboy is an absolute belter from start to finish, there’s no letting up. The thrash metal western hybrid presents itself in the era of 1899 with blistering verse sections, catchy choruses and galloping instrumental sections, all blending in and out of each other. This traditional western influenced metal piece will leave you wanting for more!”

Mixed and mastered at Matt Clarke Audio, the record presents both a polished and raw sound of new wave metal.

Thraxas! launched in 2012 in the Western parts of Sydney. The band describe themselves as the perfect mix of thrash and groove, with a touch of gasoline and chilli powder thrown in the mix to give you what is, Thraxas!

Melbourne hard rockers Stonetrip, having recently released their latest single Runaway (via Golden Robot Records) are back with their new track Nightmare, which will see the light of day on the 23rd of August.

Nightmare is the reality of silent suffering for too long. Your overindulgent urges catch up with your uncontrollable need for sex, drugs & rock ‘n’ roll, with them being continually consumed until all is a blur. You know the solution is too hard to deal with, yet you keep fighting yourself every day for the cure. You return to sleep, waking to do it all over again. It’s a nightmare!

Stonetrip produce a groove laden modern rock sound mixed with classic rock sensibilities. The band known are for their explosive live show, complete with arena-ready sounds and are well on their way to reinvigorating the local rock scene.

Following an overwhelming response to their debut live appearance in 2019, the Victorian hard rockers have established a dedicated local fanbase and a reputation for their high-octane, energetic live performances.

Despite the difficult year that was 2020, these guys didn’t let this affect their quest to unleash their unique brand of rock ’n’ roll to the world.

Using the downtime to hit the studio, the band worked with Australian producer and engineer Ricki Rae of Lighthill Sound Recording Studio to produce their first run of tracks for their forthcoming debut EP and album, and the powerful yet polished results speak for themselves.

Now, with their recent releases, the band have raised the stakes, finally showing rock lovers around the world what they’re made of. 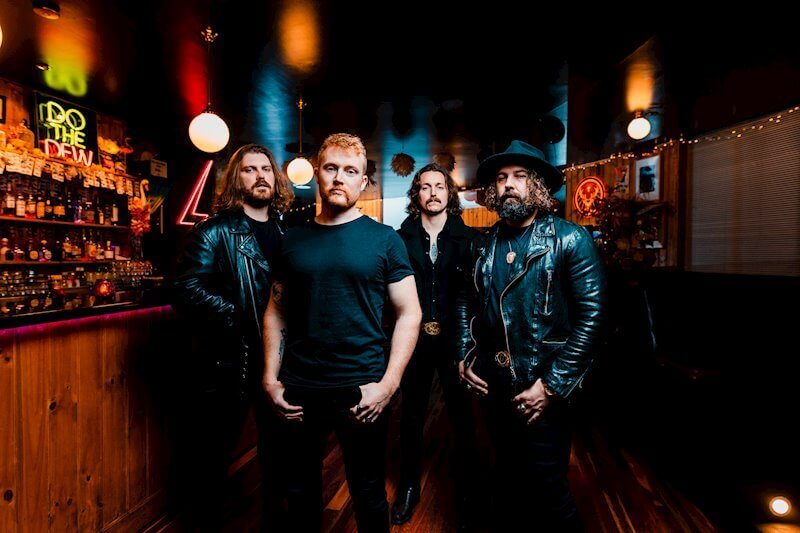 Hailing from the great down under but headed straight to the top, Melbourne based gritty alternative rockers The Ugly Kings are poised to turn heads with their bombastic sophomore full-length, Strange, Strange Times, which is set to come out on August 13, via Napalm Records.

Equal parts darkened power blues and raw punk with a metallic rock edge, The Ugly Kings channel the flavour of groups like Queens Of The Stone Age and The White Stripes while preserving razor sharp, daringly introspective control with clever lyricism and addictive riffage. Strange, Strange Times punches from nought to sixty at the start of its five-and-a-half minute introductory title track, Strange, Strange Times, before frontman Russell Clark brings the listener back down to earth with his ominous, Jim Morrisonesque croons of blissful ignorance amid relentless chaos.

The band’s revitalising infusion of dark energy is immediately evident on tracks like radio-ready, gothic punk-laced head- bobber Technodrone and retro-inspired tripper Do You Feel Like You’re Paranoid? – both interwoven with warning lyrics relevant to the times. The post-punk revivalism spirit continues on tracks like the creeping, dynamic In The Shadows and seductive foot-stomper Electric Lady (My Kryptonite), while the band goes on to flex their musical muscles on tracks like whiskey-soaked murder ballad Lawman and smouldering hard rocking standout The Devil Comes With A Smile. Listeners will get lost in tracks like the psychedelic, grooving Last Man Left Alive and equal parts proto-metal/horror punk Mr. Hyde, before commiserating with closing working man’s inspirational anthem Another Fucking Day. In a scene in which gimmick-free, angsty, inspired rock n’ roll is becoming increasingly difficult to come by, Strange, Strange Times is a breath of welcomed, yet strange, strange air.