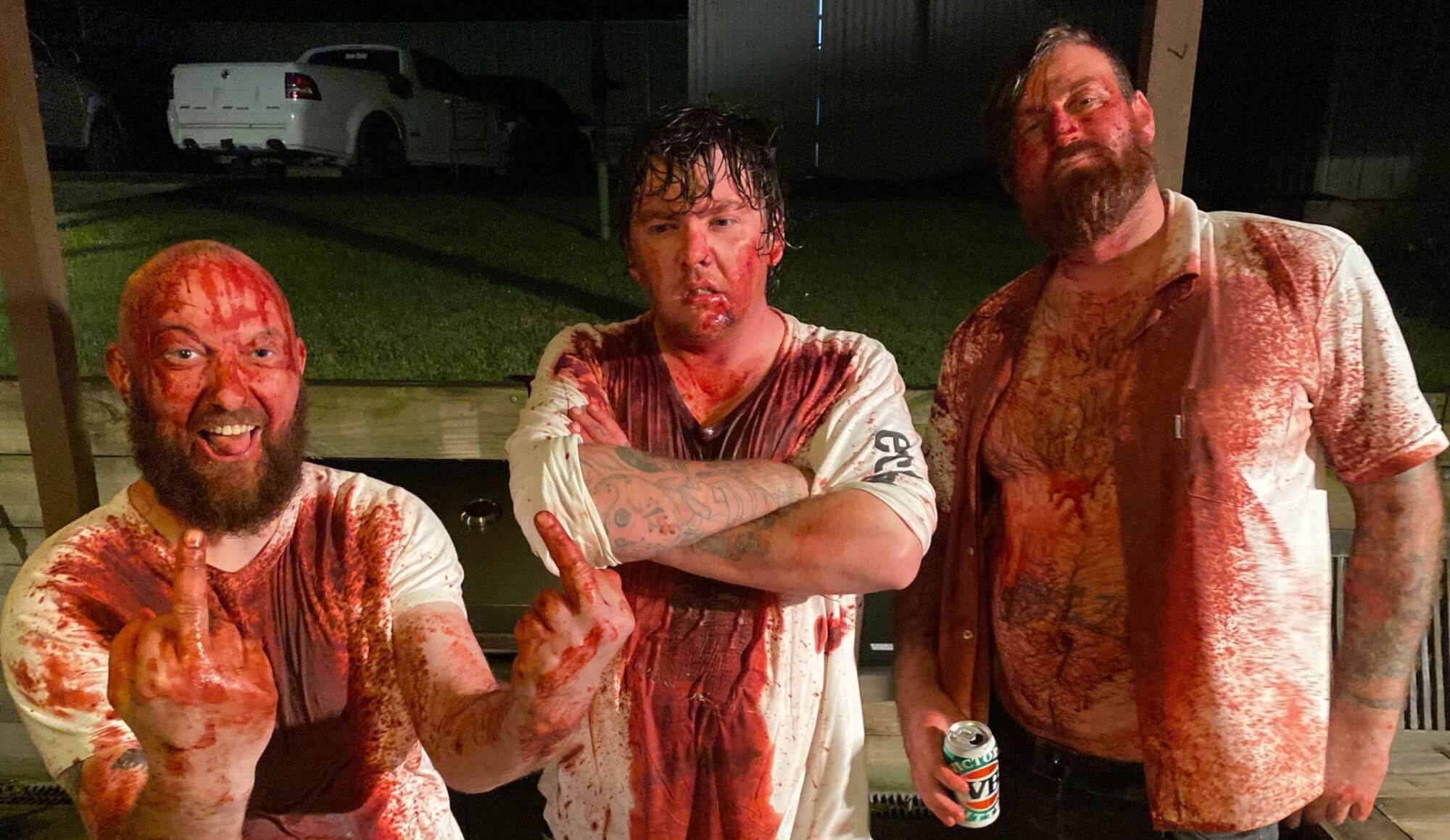 Since forming in January of 2020, in a small town in the Blue Mountains of New South Wales, , 12Gauge Rampage has stormed in to take the Aussie metal scene out with a fusillade of sonic missiles, delivering their own brand of violent, slamming death metal that could grind the beak off an ibis. Hell bent on catching the unwary eye, 12Gauge Rampage offer an interesting and unique twist with their extremities, playing riff heavy deathgrind without the use of guitars or synth. Everything you hear, tracked and live, is shredded and delivered at pace from bass, drums, vocals… and an abundance of rage.

The band’s first video offering #killedmorecuntsthancovid is about a bloke that’s struggling to make ends meet. He loses his job because of covid-19, the lockdowns, can’t pay bills, rent or buy food, his wife leaves him, he’s struggling with life and is suicidal. He realises that none of it is his fault, decides to hold society accountable, and proceeds with a frenzied rampage.

12Gauge Rampage release their debut album Unleash The Rage August 5th through Grindhead Records, sharply followed by an Australian East Coast tour. Armed with a take no prisoners attitude, 12Gauge Rampage will slam you with a wall of sound, with the sole intent on rendering your body useless.

12Gauge Rampage will hopefully be appearing at the following fine venues: 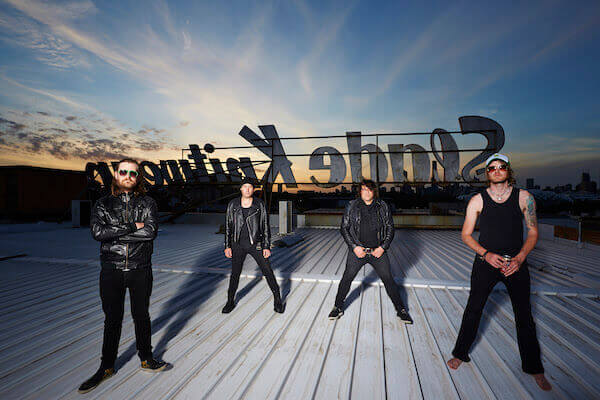 After spending a year in a COVID hibernation, Mammoth Mammoth have awoken from their slumber and are back, reunited with their classic line up (Frank ‘Bones’ Trobbiani, Ben ‘Cuz’ Couzens, Mikey Tucker and Pete Bell), and ready to announce that they have signed with up and coming label Golden Robot Records. They are set to unleash a live album later this year, which will give fans who are currently unable to see the band in action a dose of that patented Mammoth live feeling…

Says guitarist Ben Couzens:”Mammoth Mammoth has always been an Australian, balls-out, rock n’ roll band, and we’ve proudly flown that flag in the pubs of Australia and clubs of Europe for almost fifteen years. We’re pumped to be reunited and now signed with Golden Robot. They understand what we do and how we do it…and they also have their balls-out.”

Formed in 2007, Mammoth Mammoth spent three years working the pubs of Australia and released their first two albums (a self-titled EP and LP Volume II – Mammoth) on their own label Golden Triangle Records. They also embarked on multiple Australian tours including runs with Airbourne and Kyuss’s John Garcia.

Fast forward to 2011, when the band were joined on drums by Pete Bell, cementing the classic MM line-up. In 2012, Mammoth Mammoth caught the attention of Austrian label Napalm Records, and over the next nine years released five albums and spent much of their time on the road in Europe, where they have built a loyal following of fans.

As the global pandemic ground live music to a halt, the band posted this message on their social media in August 2020: “F@#k you corona virus! While the world is afraid of blood, sweat and beers, Mammoth Mammoth simply cannot exist. We’re outta here!”

After a year underground, founding members Mikey, Cuz and Bones, along with longtime bassist Pete, have reunited and signed to Golden Robot Records to release their long-awaited live album, dropping in the second half of 2021. 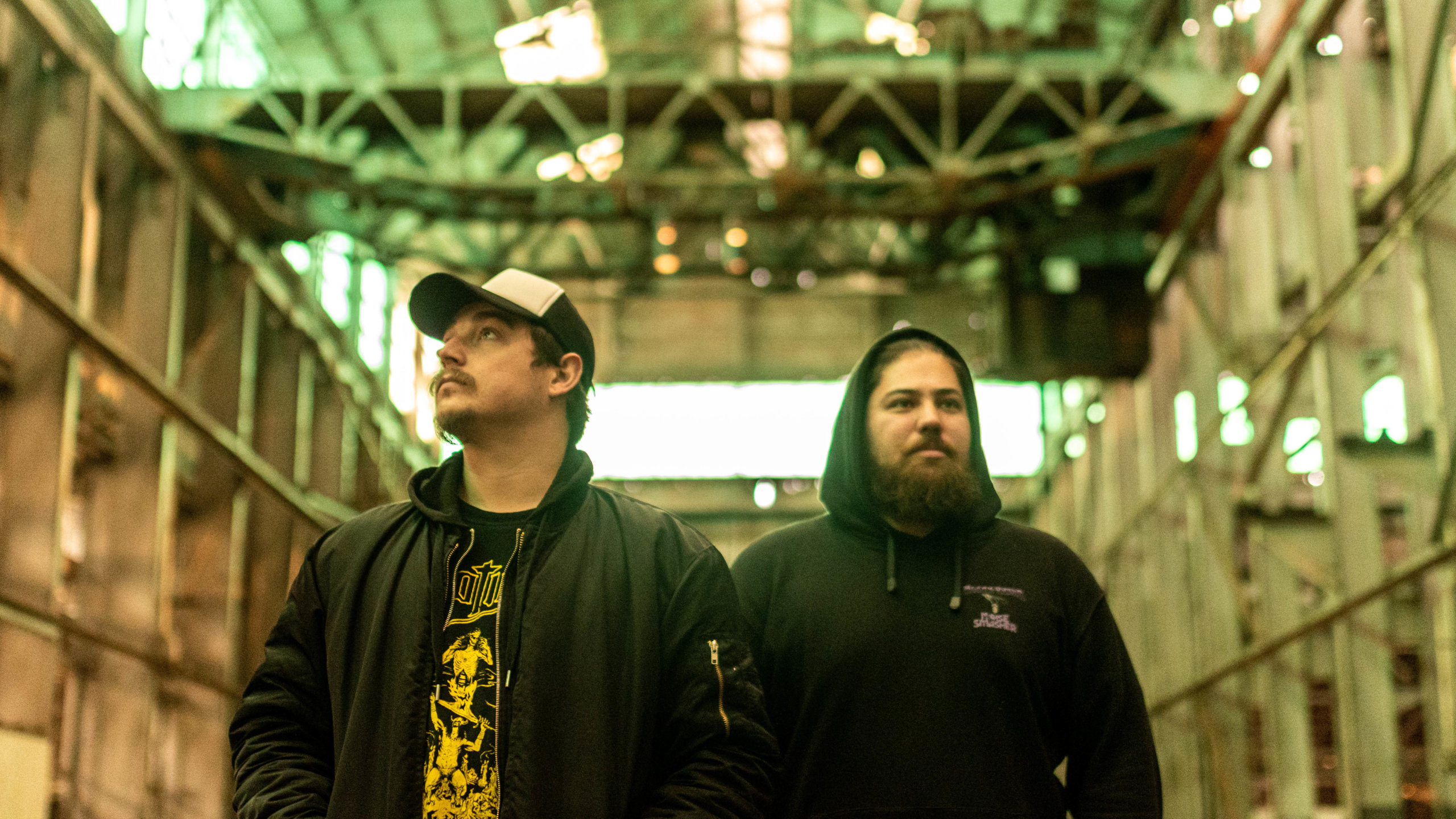 Astrodeath have released their second single, Invasion, from their anticipated second full length, cunningly entitled Astrodeath Vol.2. Not a band to be held back by the scourge and uncertainty of Coronavirus, Sydney’s heavy hitting duo are powering up and shipping out with tour dates placed throughout the year. The band joins the nationally touring minifest Aftermath for a full national tour with support from some of the best heavy bands Australia has to offer. Astrodeath’s new tune Invasion is a call to arms.. “The Reptoid Alien invasion of our planet is nearing completion, The Nephilim begin mining the earth’s remaining gold to build their death machine, Terraforming the earth and the sky.. resistance seems futile.. But it’s not human nature to succumb without a fight… Sound out the sirens of impending war.”

Band string slinger Tim Lancken (as ever joined by Yoshi Hausler on drums) says of the upcoming return to the road, “We’re all fired up, ready to get heavy and stoked to be riding most of this tour out with our favourite Australian band Mountain Wizard Death Cult. Our split single Wretched Invasion will be on the merch table and online through Tuff Cuff Records. This will be our first ever true national tour hitting all states and the Aftermath Festival. It’s going to be huge! We’re ready to lose some hearing and brain cells…”

Earlier in the year the band hit the road on the Leviathan Rising tour, notching up their biggest headline shows to date on the back of touring minifest Nights of the 666 as well as four sold out Sydney shows in a row at The Vanguard. Leviathan Rising received Triple J play on The Racket. With the cosmic fury of bands with ten times their experience, Astrodeath’s hard work has not gone unnoticed, carving them out a solid reputation in a short existence and seeing them support the likes of 1000mods, Nick Oliveri, Svetlanas and more.

Astrodeath will embark on tour from July through December 2021 in support of new single Invasion, now available as presale on a split 7″ through Tuff Cuff Records with friends Mountain Wizard Death Cult.